In equating poetry with personal freedom, for example, John Stuart Mill hated on ballads. The philosopher of liberty defined poetry as “overheard” (not “heard”), “feeling confessing itself to itself in moments of solitude.”  In other words, if poetry is anything, it’s inward, which means free: free from measures, free from others — audience, listeners.

The Village Voice on how “Bob Dylan Won the Nobel Pretending to Be a Poet”: “Dylan began writing more inward-looking songs.”

When poets write outwardly, what are they pretending to be?

Winter in Montreal and Leonard Cohen tribute concerts have been going since the fall. Each show covers an album. Songs from a Room is nice, with old heads and kids with the Ruth Bader specs. A spoken word concert recording addresses the room:

Let us teach sex in the home
to parents,
let us threaten to join the U.S.A.
and pull out at the last moment

Cohen speaks to his audience and they laugh back then and we laugh right along now with their recorded laughter. The light comes down and we wait for songs that tell us we’re not all that free.  But it’s OK. The frontiers are my prison. I must do what I’ve been told. We’ll be one day the audience that’s the audience that’s not here and that’s OK. There’s a measure to things and that’s the thing we like about songs.

We remember how to sing by singing along.

We take our chances.

The poetry biz’s gospel of private equity: Mary Oliver upon a “privet” (her privacy hedge) —

Back in the city to see Rostam Batmanglij, the pop architect of Vampire Weekend. Snow piles outside the club.  Let’s go, my wife says, and here we are.

Rostam sings “Sumer.” It riffs on the Cuckoo Song, that piece from the start of your old Norton Anthology of Poetry.  One of the first English lyrics. It opens Half-Light (2017).

Rostam: “This song is built over a sample of a choir singing the round, ‘Sumer Is Icumen In,’ from 13th-century England… Somewhere in the back of my mind I knew I wanted to make an album that interacted with the history of music. I was thinking about how we measure parts of our lives — in relationships, seasons, sound.”

I was thinking that, too. All winter.

Not the expression of personality, but the escape from it — that’s T.S. Eliot on poetry, but I prefer Noname’s version, the Chicago hip hop artist whose Tiny Desk Concert is a revelation.

“For me, not having a name expands my creativity. I’m able to do anything. Noname could potentially be a nurse, Noname could be a screenwriter. I’m not limited to any one category of art or other existence…”

Her first mixtape was Telefone.

Khalid’s “Let’s Go” plays as we move across the border.

Song’s consciousness of the other, of tradition — of all listeners, across all time — is its proper subject.

Promise that you will sing about me, sings Kendrick Lamar, in what Rachel Kaadzi Ghansah calls one of his “blues elegies.”

Every song is a request, a question, a plea and complaint against time, the ultimate measure.

“Wild Mountain Thyme” is just one more outtake from the Song of Songs: “Come, my beloved, let us go…”

20C poetry was mostly a desperate attempt to begin that way, too.

Like the Wu-Tang Clan on their 2014 album (only one pressing made, locked in Morocco (jeweled box), bought by pharma bro Martin Shkreli), T.S. Eliot tried in his way not to be free. But escaping atomization only proves it. Where have you gone, J. Alfred? A nation turns its lonely eyes to… oh, there he is, in line for Yayoi Kusama’s Infinity Mirrors.

As a child I thought W.B. Yeats’s “Innisfree” was the saddest poem in the world, a kind of failed transcendence.

I will arise and go now, and go… said Lazarus to no one, never.

You could read the whole thing painted on the wall as you walked into the Irish bar in my old neighborhood.

Inisfree, it was spelled  —  though no one ever saw the mistake, they wouldn’t have fixed it even if they could. 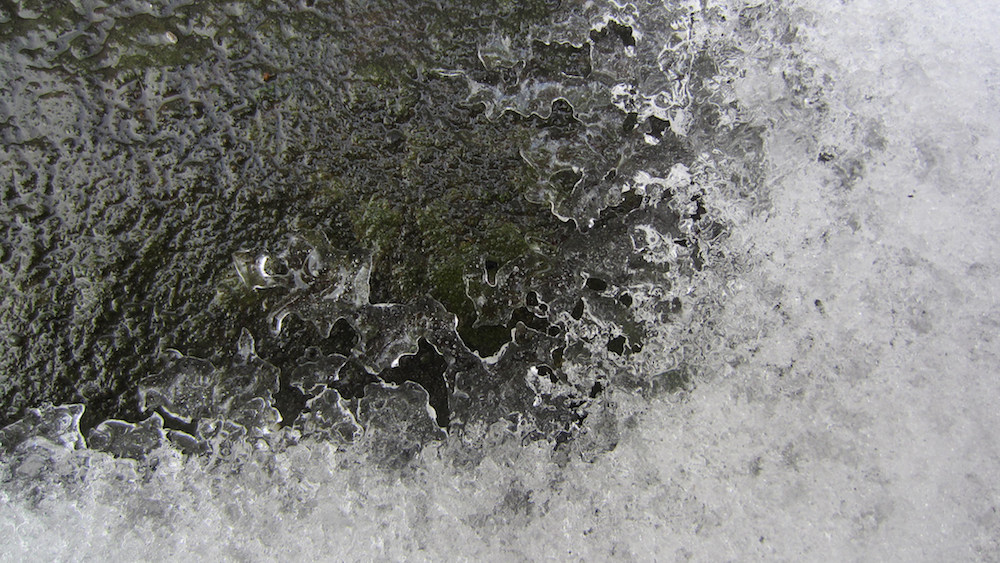