Having opposed the death penalty all my adult life, represented a California death row inmate in his federal habeas corpus proceeding, worked on the clemency team for Stanley Tookie Williams, and served on the board of directors of Death Penalty Focus for over 25 years, I jumped at the chance to play a role in the emerging national movement to elect progressive district attorneys who seek to reform the criminal justice system in general and, in some cases, oppose the death penalty.

Larry Kramer, an avowed reformer, was elected in 2017 as the DA of Philadelphia County. In 2018, progressive Rachael Rollins was elected the DA in Suffolk County, Massachusetts, which includes Boston. In 2019, Wesley Bell, a reformist prosecutor, was elected in St. Louis County, the first black prosecutor in that county’s history. Joe Gonzales, the Bexar County, Texas, criminal district attorney, calls himself a believer in restorative justice.

A few months ago I was invited to join reformer George Gascon’s policy team on the issue of capital punishment. I was thrilled to have the opportunity to take my previous legal work and advocacy to another level in hopes of having a direct impact in actually reducing the number of executions in America. Gascon is running against incumbent Los Angeles County District Attorney Jackie Lacey. They will face off in the November election. By helping to research and draft his policy and inspired by his own clear vision, I was excited to put my knowledge and experience in service of a candidate who outspokenly opposes the death penalty. I did so in my personal capacity as an individual and not on behalf of Death Penalty Focus which is not allowed by law to endorse or oppose candidates for elected office, and has not done so in the LA DA race.

Lacey supports the death penalty. Since her election in 2012, Los Angeles County has sentenced more new inmates to death than the states of Tennessee, Georgia, Virginia, Mississippi, and Louisiana combined. Lacey’s office has secured death sentences against 23 defendants, 22 of whom are people of color (13 Latinx defendants, eight black defendants, and one Asian defendant). Only one defendant is white. Of those sentenced, over a third were represented by legal counsel who had prior or subsequent serious ethical or misconduct charges. One had a lawyer who presented no opening statement, put on no defense whatsoever during the guilt phase, and repeatedly fell asleep during the trial. Another had no lawyer at all, and represented himself.

In February, Gascon issued a comprehensive public statement detailing the reasons he opposes capital punishment. “I do not support the use of the death penalty on moral and practical grounds,” he stated. As District Attorney of San Francisco his office did not seek the death penalty in any case. He campaigned against the death penalty when CA Proposition 34 was introduced in 2012, and again in 2016 when Proposition 62 was on the ballot. Gascon admits that he was not always an opponent of the death penalty, “but after decades in law enforcement,” his statement explained, “I have come to realize that the death penalty does not make us safer as a community. Instead, it drains limited public safety resources that could be better used on programs that actually improve the quality of life and safety for all of our communities.”

The statement noted that in 2019, two justices of the California Supreme Court described the death penalty as “an expensive and dysfunctional system that does not deliver justice or closure in a timely manner, if at all.” This conclusion echoes the findings of the nonpartisan blue-ribbon California Commission on the Fair Administration of Justice, which identified a host of flaws in the system rendering it a dysfunctional disaster.

Executing innocent people is another serious risk of maintaining with the death penalty. Gascon’s statement points out that “since 1973, at least 167 persons facing execution have been exonerated with evidence of their innocence, including five in California. Some of these condemned men and women were exonerated within mere days or even hours of their scheduled executions.” Vicente Benavides, who was released from death row in California in 2018, served 25 years on death row for a crime he didn’t commit.”   Other notable investigations have also provided substantial evidence that innocent people have been executed. These include Cameron Willingham, who was executed in Texas in 2004 despite the existence of new evidence showing that the fire that caused the tragic death of his three daughters was actually an accident, not arson.

Every voter in Los Angeles County will decide for themselves whom to support for District Attorney. In the upcoming campaign, the issue at the heart of Death Penalty Focus’ work will receive significant attention. Whether Jackie Lacey or George Gascon wins, the prominence of the death penalty in an election drawing national attention will advance the cause of abolition. In my experience as an advocate and activist — and as opinion surveys continue to show — the more the public learns about the fatal flaws in what has been called the “machinery of death,” the more the opposition to this barbaric form of punishment grows. 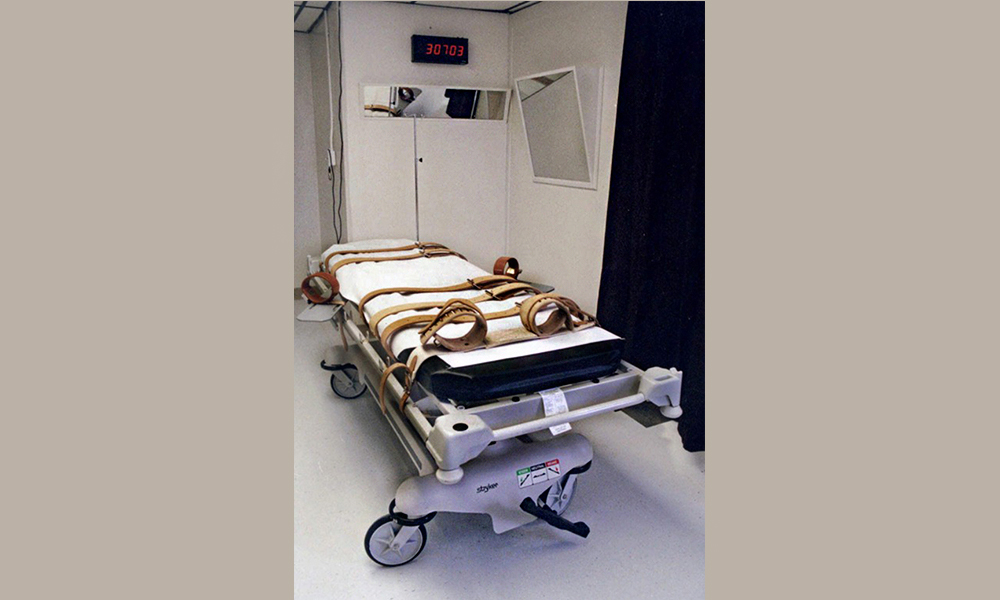