In my nearly 20 years of traveling and doing research in Southeast Asia, there’s one moment I’ve come to dread when discussing the setting of my forthcoming novel, Have Fun in Burma. It comes after someone asks me what drew me to Burma/Myanmar. I explain that I became interested in the democracy movement when I was in college, and then went to Thailand to work with Burmese refugees.

“And did you fall in love with the country?” my interlocutor might ask. Or sometimes, just a statement: “You must have just fallen in love with Burma.”

Then I calculate whether it’s worth saying what I really think: that people can’t fall in love with countries, and that the idea of me as a white American falling in love with a formerly colonized nation is an imperialist fantasy.

How would it even work? Falling in love is usually a person-to-person experience. Sometimes it’s unrequited, but if it’s with a country, a language, or a culture, it’s definitely unrequited. Even more so with a continent; bloggers of the Western world, don’t think Africa loves you back.

It’s a trope in so many novels: white man falls in love with an exotic land (often personified by a woman) that eludes his understanding, but which he feels compelled to dominate. Think Graham Greene’s The Quiet American: who will rule Vietnam, the British or the Americans? Let’s see who Phuong ends up with. In novels like this, we’re expected to sympathize with the bewitched lover. He can’t help it. The country he’s supposed to be running has a strange hold on him. Letting go might destroy him, but holding on may ruin his hapless paramour (and an entire nation).

That’s part of what bothers me — the assumption that there’s something poignant about being beholden to a place you should be able to enter and leave as you please.

Then there’s the ridiculous over-simplification it involves. The notion of falling in love with a country rests on the conceit of totalizing knowledge. As if a country of millions can be reduced to a set of picturesque characteristics: delicious food, appealing landscapes, pleasant people. It’s willful ignorance disguised as cultural appreciation.

I like going to Burma, I value my friendships with Burmese people, and I find the politics and history fascinating. But do I need to wax poetic about how much I love it?

Only if I were writing for the Travel Section, it seems. Just as I dread it coming up in conversation, love makes me cringe in travel writing (a genre that, as anthropologist Renato Rosaldo has pointed out, is in itself a relic of imperialism). This phenomenon popped up most recently in Matt Gross’s “Family, Meet My Old Love, Saigon.” And here’s a line from Adam Valen Levinson’s essay “The Fine Art of Learning to Say Nothing in Arabic,” criticized for its Orientalism: “I was hooked long before the language let fall the first of its veils…”

By framing our journeys as seductions, we make ourselves the objects of desire. The imperialist’s gaze purports to see the Other as she is, but reveals mostly his own narcissism.

It’s no better when white female protagonists, like the main character in my own novel, try to treat a foreign country as a romance. The fate I’ve imagined for her — and the fate of the Burmese man she becomes involved with — should give pause to young Americans hoping for a summer fling in the tropics. I’m not saying cross-cultural relationships are doomed, just that the less burdened they are by expectations of exoticism, the better.

I can hear the next questions. Can white people fall in love with Switzerland or Norway? (Just as foolish, slightly less offensive.) Can you love your own country? (If you’re willing to accept that, as Benedict Anderson pointed out, it’s an “imagined community.”)

And what about people from formerly colonized countries who say they’ve fallen in love with the US or France? That is not a phenomenon into which I have personal insight, so I’ll leave it for others to discuss. I’ll just say that history matters. It’s reason I had the means and the freedom to travel to Burma, when so many Burmese people lack ­the means and freedom to travel to the US. Whether they want to love America or hate it, I won’t object.

I’m no better than the writers I’ve referenced. Comb my work, and I’m sure you’ll find worse than what I’ve described here. But if we observe these failures of imagination in each other’s writing, we owe it to each other to point it out. We can do better that the easy cliché that we’re entitled to fall in love, over and over, without ever being spurned. 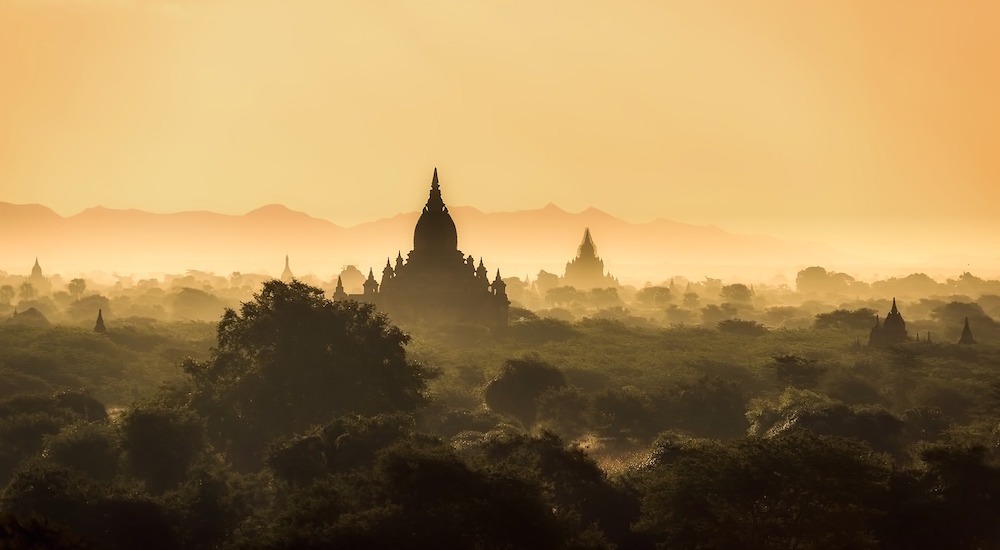