In 1563, a man named Etienne de la Boétie died, leaving his closest friend, the great French philosopher Michel de Montaigne to mourn him for the rest of his life. In a famous essay, Montaigne wrote, “If someone were to ask me why I loved him, I feel that it could not be expressed, except by answering ‘Because it was him; because it was me.’”

As a professor of Renaissance literature, I teach this essay regularly, and every time, a student inevitably asks whether Montaigne and La Boétie were lovers. It’s a fair question, but also a telling one; one that says more about our times than Montaigne’s. Then, women were oppressed and disenfranchised in ways that are fortunately unimaginable in today’s North America. Montaigne himself wrote that women’s souls were too weak to sustain the bonds of true friendship; the Renaissance saw them as lesser beings, without rights or agency. In those distant times, however, men were in some ways more free than today. Montaigne could detail his love for La Boétie with the most lyrical prose, and no one batted an eye. Certainly, no one asked whether something else might be going on between them.

My students are used to women openly expressing their affection for each other verbally and physically. Movies and TV shows with central female characters routinely showcase the broad range of emotional expression that’s available to women, and has nothing to do with eroticism. This is much less true of male characters, who don’t hug or touch as often, let alone cuddle up or share beds. Why does it take so much more for us to assume sexual desire between two women than between two men?

As a society, we have come to see men as hypersexual: constantly sexually available and desiring. These assumptions fuel homophobic stereotypes of promiscuous gay men as well as macho portrayals of men boasting of interchangeable female “conquests.” As the odes being sung to the late Hugh Hefner make clear, ideals of modern American masculinity exist in a constant state of demi-arousal, just waiting for a (hopefully) willing partner.

But there are dark sides to these portrayals of rapacious male sexuality, for both women and men. The darkest is what the ongoing Hollywood sexual assault scandal has brought to light: numerous emerging accounts of sexual assault and harassment point to the ways that hypersexual masculinity encourages predatory behavior against women. But along with the brave women who are speaking out as part of the #MeToo movement, there are also brave men who are telling their stories of victimization and abuse. They shed light on another dark side of hypersexual masculinity: the underlying assumption of universal male consent. As RAINN states, the majority of sexual assaults (69%) go unreported, and only a very small fraction (5.7%) result in arrests, much less incarcerations (0.6%). Furthermore, men are even less likely to report being sexually assaulted than women are. If men are constantly turned on and ready for action, can they ever be assaulted? This horrifying assumption that men can’t really be raped because they’re always willing is what comes of norms of hypersexual masculinity.

Some look for biological justifications for allegedly larger male sexual appetites. Proponents of Hefner masculinity often mention the many mammalian species in which males are sexually indiscriminate and prolific (although they rarely note how often females are as aggressive or more dominant than males). In any case, no good comes of treating men as beasts, and norms of male sexual behavior vary so widely across modern cultures, even within Europe and North America, that so-called “natural” explanations fail.

Hypersexual masculinity is not a biological imperative, it’s a cultural myth. Montaigne’s time offers proof, because from Aristotle onward well beyond the Renaissance, it wasn’t men but women who were seen as sexually insatiable. Men could govern their appetites with reason, whereas stereotypes abounded of women as sexually voracious and undiscriminating. It’s only in the 18th century that the scales started to tip and men began to appear predominantly as the more sexual beings. So not only is hypersexual masculinity based on cultural myths, they’re not even old myths at that.

However, they do outsized damage.

Beyond lower reporting rates of sexual assault and harassment by male victims, there are other, smaller costs as well. Because we assume constant arousal among men, we suspect sexual intent much more easily, which places constraints on modern male friendships that Montaigne’s time never had. We don’t know whether Montaigne and La Boétie were lovers. We know that he talked freely of his love and grief, just as men should be allowed to do today.

Let’s let our sons have their friends and love them deeply and unreservedly, as our daughters can. Let’s let them share themselves and embrace and hold each other without suspicion, because ultimately, if we believe that men always have sex on their minds, we assume that they’re always tacitly saying yes. How then will we ever hear them saying no? 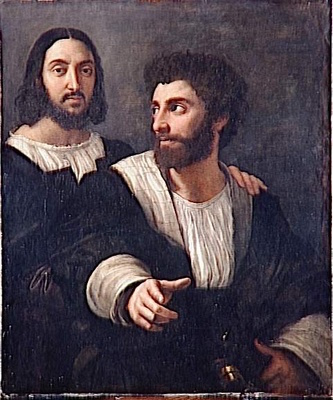