Seventy-five years ago, the French philosopher and religious mystic Simone Weil was a prisoner of New York. As she wrote (in English) to an American officer whose radio address she had heard (but had never met), her parents forced her to leave Vichy France: they “had wanted to escape anti-Semitism [and] put great pressure upon me to make me go with them.” Ever since her arrival in early July, though, an implacable sense of suffering overpowered her: France’s suffering under German occupation, but her own suffering as well. If her separation from France “was to last a long time, it seems to me that it would break my heart.”

During the four months Weil spent in New York, from early July to early November, affliction — le malheur — was her constant companion. While it did not blind her to the city’s marvels — the “cliff-like skyscrapers” (in particular Rockefeller Center) and “bustling streets” — it crippled her capacity to do more than register their presence. “The suffering that covers the world’s surface,” she told her friend Maurice Schumann, “obsesses and overwhelms all of my faculties.” Her own misery was so great, she blurted to another friend, “I would accept the help of Hitlerians” if they could return her to France and join the resistance.

Weil’s merciless tenacity eventually carried the day. Friends in London got her passage on her ship to Great Britain, where she was assigned to writing position papers for the Free French. But her personal malheur did not come to an end. As even those who haven’t read Weil know, the desk posting proved as fatal as would have the frontline action she had desperately sought. Refusing to eat more than her suffering fellow French across the Channel, she died of heart failure in an English hospital the following year.

As controversial as the manner of Weil’s death was the manner of her life. This is particularly true of her vexed relationship to Judaism. Her hostility towards her family’s religious background — neither of her parents was observant — runs deep in her life and writings. Tellingly, Weil had made clear to the American officer that Vichy’s anti-Semitism was not her problem, but instead her parents’ problem. As she had earlier explained to Vichy’s anti-Semitic minister of Jewish Affairs: “I regard the Statute on Jews as generally absurd and unjust, for how can one believe that a mathematics teacher can harm children learning geometry simply by having three grandparents who went to synagogue?”

And yet, while Weil tried to pull away from Judaism, she was pulled towards certain Jewish texts. This was, in particular, the case with the Book of Job. When not praying in churches or peppering priests with questions — some of whom ducked and ran as best they could — Weil used Job to think hard about the nature of malheur. In the notebooks she filled during her stay, she praises Job as giving “perfect form to things which a human mind can only think and conceive under the torment of intolerable suffering.” In short, Job reveals “the miracle of attention being paid to affliction.”

What Weil understood by these terms casts light not just on her world, but our own — one that is awash in affliction, but where attention is mostly absent. By affliction, Weil underscores a fact of life — namely, that our lives can suddenly careen from the familiar to the bizarre, the fruitful to the barren, and the flourishing to the blasted. There is nothing, realizes Weil, that we might not lose — even those things that constitute our very selves. Who among us might not, like Job, find themselves one day squatting by a pile of ashes, scraping scabs from their skin?

As with Job’s friends, so too with us: the sight of true affliction makes us all cowards. Perhaps struck by this point while walking through New York’s theater district, Weil observes that we are passionate about compassion when affliction is staged. Let is be real, though, and we “turn as frigid as ice.” Here is where attention enters. Much has been written about this notion, and while much remains elusive, Weil seems to mean the shedding of our own self in order to truly see — attend to — the other. One part waiting, one part humility, attention is the source of compassion.

Do not confuse this with pity, Weil warned, which is little more than an expression of emotional hygiene: it is the urge to help others so as to stop thinking about them. True compassion, she wrote, “consists in paying attention to an afflicted man and identifying oneself with him.” Rather than seeing another’s affliction from my own perspective, attention means seeing my own fortunate situation from the perspective of the afflicted other. Only then can we begin to grasp how arbitrary and accidental our own lives have been.

As with so much else in Weil’s thought, only saints can hope to win this particular challenge. Mere mortals not only cannot win, but we shouldn’t even want to win. First prize is an impossible, nearly inhuman life cut tragically short. But in our age of rampant distraction and selfishness, we might from time to time limber up as if we were going to compete. Even last place would be a good place to be. 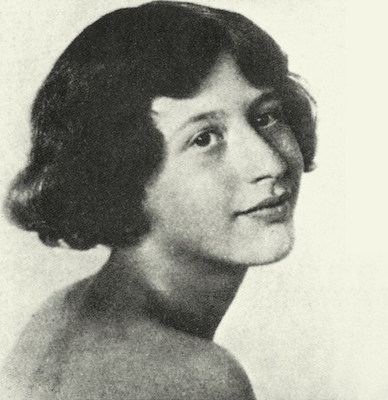