One frame for the Democratic presidential nomination race over the last year is to track the collapse of candidates — Kamala Harris, Beto O’Rourke, Cory Booker — who positioned themselves to carry the center-left banner following an inevitable Biden implosion that never came, as the similarly positioned candidacies of Pete Buttigieg, Amy Klobuchar, and Michael Bennet continued on, and Michael Bloomberg and Deval Patrick entered the fray.

Following a disappointing-bordering-on-disastrous performance in the botched Iowa caucuses last week, and a New Hampshire primary he’s already conceded he won’t win — and may finish fourth or fifth in — Biden’s campaign may now finally be looking into the abyss.

CNN “The failure of any candidate to score a more decisive victory [in Iowa] points toward a potentially long and grinding struggle for the party’s nomination,” writes Ron Brownstein. “Unless one of the top finishers can broaden his or her appeal in the coming weeks, Democrats may be headed for a springtime of uncertainty and discontent as all of the candidates struggle to span the party’s differences.”

Brownstein is one of the best pundits working, and I cite him regularly. So I was surprised to read on and find this: “The candidates’ convergence captures the reality of a Democratic Party balkanized by race, education, age and ideology — and made clear that the leading candidates have not yet built coalitions big enough to transcend those divides or to pull away from their rivals” [emphasis added].

Surprised because it’s not exactly a secret that Iowa, like New Hampshire, is one of the least representative states in the country: more rural, and significantly whiter — demographics that leave both of little value as a test of a candidate’s ability to build coalitions big and diverse enough to transcend the party’s divides and pull away from the pack.

And as THE WASHINGTON POST reported last week, representation of diverse voters in Iowa’s already-user-unfriendly caucuses is even worse than the stark demographic numbers suggest. The state imposes a lifetime ban on voting for anyone with a felony conviction. And while only 4% of Iowans are black, 26% of its prison population is. Making matters worse, it was reported last year that the states database of felons barred from voting had systemic inaccuracies officials knew about for years but left unaddressed.

So where do things stand as the race for the Democratic nomination heads to New Hampshire before moving on to Nevada, South Carolina, and Super Tuesday states that look more like America?

As of Monday morning, it’s still a Bernie-Biden race. But that could change quickly as underlying problems with both candidacies become more apparent.

The problem with Biden’s candidacy is that his support is soft beyond his African-American base — and there are now signs of cracks in his black firewall.

The problem with Bernie’s candidacy is that he’s yet to show he can broaden his appeal beyond his base.

First, Biden. A new national poll out Monday from QUINNIPIAC shows Sanders on top with 25%, with Bloomberg rocketing up to third at 15%, just two points behind second-place Biden at 17%.

More ominous for Biden is that Bloomberg shot up to second place among black voters. Biden still leads with 27% support, followed by Bloomberg at 22%, Bernie 19% , Warren 8%, Buttigieg 4%, and Klobuchar not registering any support.

It may come as a surprise, even a shock, that Bloomberg would do so well so quickly among black voters given his record as New York’s mayor. Especially his stop-and-frisk policy.

That’s because “[t]he American left and the mainstream press do not realize just how serious black America, especially older black Americans, are about getting rid of Trump,” writes Jason Johnson in THE ROOT. “[B]lack folks will jump to Bloomberg if Biden falters because they think he might be the only one to beat Trump.”

And he’s flooding screens with ads touting his close working relationship with Barack Obama when he was president.

While Biden’s biggest problem may be Bloomberg, not Bernie, Bernie’s biggest problem is his failure to provide proof of concept for the premise of his campaign: that he can expand the electorate, grow his base, and win over Independents.

And if he doesn’t show he can ignite the promised combination of young and non-traditional voters in primaries and caucuses, there’s no reason to believe it will suddenly catch fire after Labor Day if he’s the Democratic nominee.

Sanders got just 8% support from Iowa caucus-goers 45 and older, and just 4% among seniors. And seniors vote way more and more regularly than young voters.

While it may not necessarily be bad news for Democrats that turnout was down in Iowa — there were many reports that “Blue No Matter Who” Iowans didn’t think it necessary to endure the time-consuming and confusing caucus process — it is devastating to Bernie’s argument for why he should be the party’s nominee in the fall.

Underperforming in Iowa and scratching out a win in New Hampshire isn’t enough — especially since those are two states that play to his strengths. If Bernie’s going to be a legitimate frontrunner to win the nomination he needs to win decisively in New Hampshire before the campaign moves on to states that pose bigger challenges for him.

To do that he needs to expand his base of support.

SABATO’S CRYSTAL BALL Can Sanders Broaden His Base?  Maybe you knew better than me, but I didn’t really understand what Sanders’ base was until I read this article: “[T]he heart of Sanders’ coalition in 2016 was academic centers and a significant swath of rural America,” Rhodes Cook writes. “The latter was an unlikely source of votes for a self-described ‘democratic socialist.’ Antipathy to Clinton was no doubt a major reason for his strong rural vote. So were his full-voiced attacks on what he saw as an insensitive political and economic elite.”

In Michigan, and nationally, Sanders’ lack of support among black voters over 30 contributed to his relatively poor showing against Clinton in major urban centers and their surrounding suburbs.

Meanwhile, he won nearly everywhere else, including Washtenaw County, home to the University of Michigan at Ann Arbor and Eastern Michigan University in Ypsilanti.

So as you watch or read about election returns tomorrow and going forward in the campaign, especially as the field narrows, keep an eye on whether Sanders is expanding his base beyond college towns and rural and exurban communities by improving his margins in big cities, suburbs, and blue-collar Rust Belt areas, and doing better among older black voters.

THE ATLANTIC The Billion-Dollar Disinformation Campaign to Reelect the President. How new technologies and techniques pioneered by dictators will shape the 2020 election. A must-read. Democrats need to know what they’re up against this year. Trump and his allies are poised to wage what could be the most extensive disinformation campaign in US history this year — and they’re not ready.

KATIE PORTER Check out this video of the great Katie Porter holding up Maine’s welfare eligibility form and asking the right-winger who ran the state’s welfare program to answer the same questions and disclose the same intrusive information required of applicants.

JUST SECURITY Lessons for Life: The Obituaries of Republicans Who Opposed Nixon’s Impeachment. What will the future think of President Donald Trump and two historic votes Republican senators (Mitt Romney excepted) took on his impeachment? The obituaries of the Republicans who voted for and against articles of impeachment against Richard Nixon offer clues. Their 1974 votes figured prominently in all of their obituaries.

AMERICAN BRIDGE Susan Collins is Disappointed. But you’ll be entertained by this compilation of her many furrowed-browed expressions of concern at Trump and the GOP’s daily degradations of democracy and the rule of law.

TEXAS MONTHLY When “Angels in America” Came to East Texas. Twenty years ago my hometown made national headlines when the local college staged an internationally acclaimed play about gay men and the AIDS crisis. The people I grew up with are still feeling the aftershocks. Texas Monthly is one of the best magazines in the country. This article is a great example why. 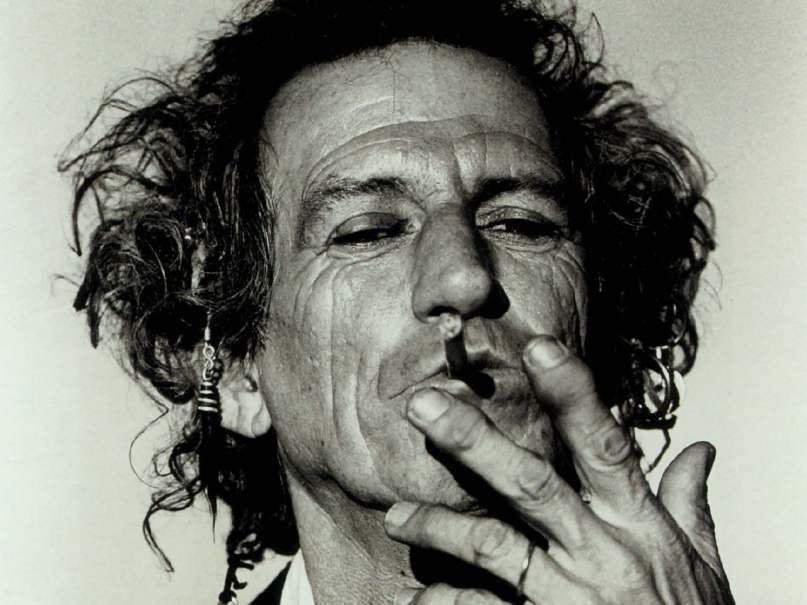 CONSEQUENCE OF SOUND Keith Richards quits smoking. The Rolling Stones guitarist admitted that kicking heroin was easier than stopping smoking. First Willie Nelson stops smoking weed. Now this. “Quitting heroin is like hell, but it’s a short hell. Cigarettes are just always there, and you’ve always done it. I just pick ’em up and light ’em up without thinking about it,” Richards explained. Now, he says his vices are limited to “a little wine with meals, and a Guinness or a beer or two.” 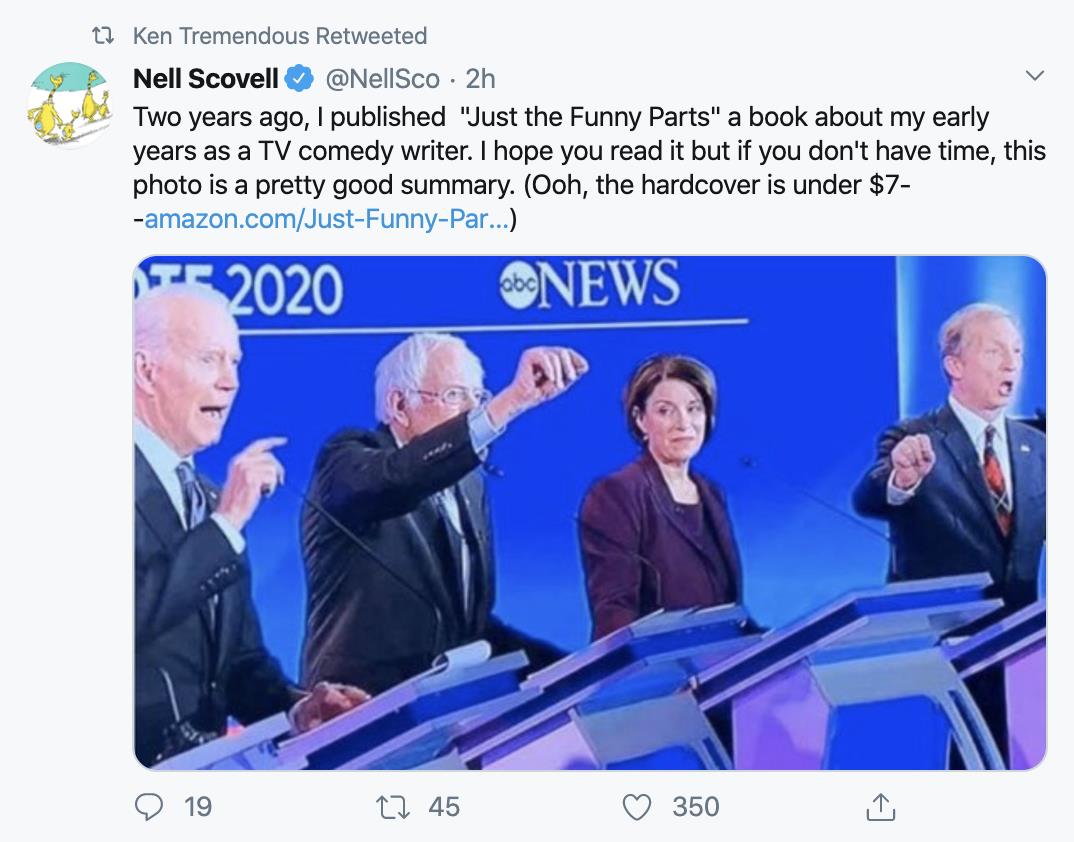 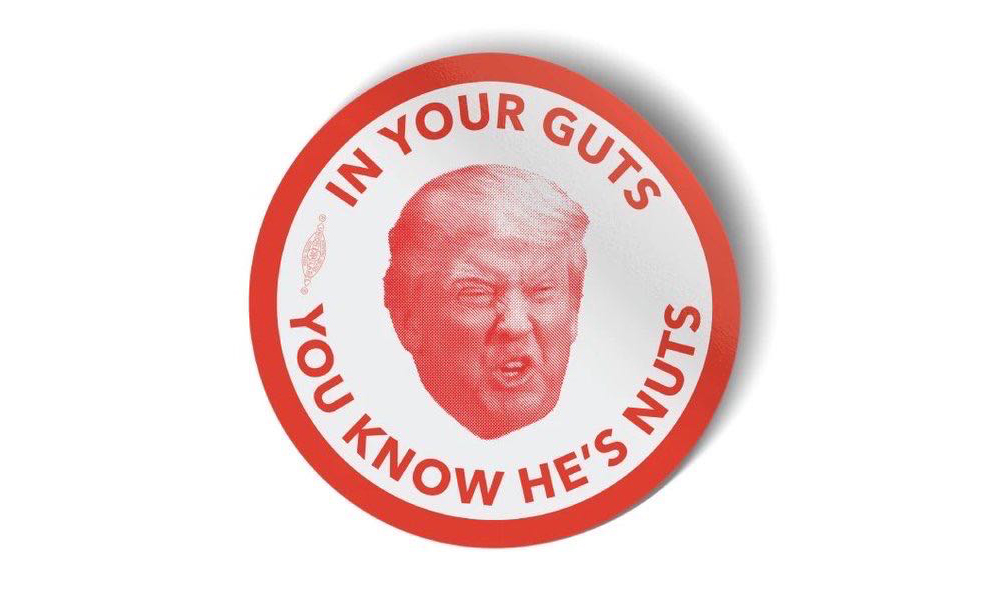