“Waiting too long poisons desire, but waiting too little pre-empts it: the imagining is in the waiting.”

– Adam Phillips, Missing Out: In Praise of the Unlived Life (FSG 2012)

Lately I have been thinking about waiting, specifically the act of choosing to join a long, slow line of people to do or get something that is not a necessity.

This takes the DMV, the passport agency, and the bank out of the conversation.

I don’t do optional waiting often, as I buy many of my extras online (that virtual place where there are no lines) and boxes tend to appear within days on my doorstep.

For those items that take longer, the waiting is incidental.

Sometimes I forget what I’ve sent away for and the eventual package brings a moment of surprise followed by the recognition that I have been waiting all along. Sort of.

When I walk to Bob’s to pick up a special item for the dinner menu, the cashier is often the one waiting for me.

I know I am not alone in arranging my week’s extracurricular outings with a sense of strategy: at what exact time can I show up to execute any given purchase or exchange with the minimum amount of waiting!

If the line at Bolivar is too long, I take a deep inhale of freshly ground dark roast and move on.

I spread my stack of books across a four-person table. The clean cutlery clanks and chimes in preparation for the dinner service, and empty chairs yawn everywhere.

Over the last few months I have participated in two exceptional lines.

In both cases there was a delicious sense of solidarity: we were putting our lives on hold for meaningful nourishment!

What links these two events for me is the question of sugar, the ubiquitous short-chain carbohydrate, vexed for reasons of both production and consumption.

It’s as if the gods want to highlight the double-edged sweetness, the crystalline complexity, of postponement in multiple ways, so I don’t miss the message.

The first line happened in Brooklyn, New York, when I waited for over an hour to see Kara Walker’s “A Subtlety, or the Marvelous Sugar Baby”:

It was a hot June morning, a Sunday, and the old Domino Sugar Factory had a fully-formed line by 11:30. We joined with our three small kids, but soon enough my husband crossed the street to sit in the shade with the older two. I bought ice cream from a vendor making his way down the line with an ice chest on wheels. I gave it to the hand stretched out from our collapsible stroller. The small boy two groups ahead of us lost his shoe as the line inched forward and the father didn’t notice. “Eliot’s shoe,” I said loudly so he would turn around. I handed the man the colorful sneaker. By the time we entered the refinery, my husband and I had had several muffled arguments and no true resolution. Despite the intense, not entirely pleasant, smell of sweetness, we inhaled deeply. The relief of arrival and regained momentum. We gazed at Walker’s work with curiosity, familiarity, laughter, awe. We stayed only as long as our children’s moving bodies would allow. And then we continued down the sidewalk, away from the long snaking line, the sun umbrellas, the ice cream vendor and his ice chest on wheels.

I had an errand to run, a package to deliver at the post office for an indisposed writer friend, and that’s when I noticed the palm trees framing the familiar East Coast logo. Then my eyes fell on the velvet rope that runs from the shop’s entrance on Wilshire Boulevard to the northeast corner of the building, no doubt to keep the start of the line tidy and its participants ready to enter when granted permission. The line inevitably continues down the residential side street. And the people — those standing inside the area designated by the velvet rope, as well as those arranged in an unkempt row around the corner — looked placid, expectant. I was intrigued. Who were these people lined up for donuts on a weekday, well past breakfast? I had some time to kill, or a deadline to stall, and a podcast I wanted to hear (the New Yorker profile on Al Pacino), so I decided to join. As much as I liked learning about Al’s childhood adventures with the other kids in the neighborhood, and I really liked the idea of waiting in line while being “productive,” I was more interested in eavesdropping on my own neighbors in case a dramatic morsel fell my way. (None did, for the record.) When I got to the top of the line, I ordered an assortment of donuts, two dozen, and walked them over, proudly, to my husband’s office. Mine was a blue iced rainbow sprinkle.

And as the gods would have it, I waited longer for donuts than I did for art.

There is a term I recently heard, FOMO. Fear Of Missing Out. The idea that if you choose one thing, you have to “not choose” something else, and you might miss out because of that. This can apply to friends, outings, lovers, any decision. Could it be that our fear of missing out is linked to our displeasure with waiting in a rather dubious way? In order not to miss out, we decline moments of decision making — to keep all doors open, in particular for that better or best thing, or person, arriving any minute — but meanwhile our decision omission puts us in a permanent state of waiting for the immanently delayed best thing. Without realizing it, our fear of missing out supplants our lives with a kind of interminable and unnamed wait (immense weight!). We did not want to miss out and we did not want to wait and suddenly these two things merge into one wet tangle we might never undo.

The physicality of waiting in a line with other people, often complete strangers, is powerful. It is undeniable that when standing in line, one is not only waiting, one is watching and being watched while doing the thing itself. And I believe that even though we seek to avoid it, perhaps some of us go so far as to despise it, waiting bears fruit.

One kind of waiting that is radically opposed to the public lines I joined in sections I and II of this discussion is the very private, often excruciating, waiting for something that no one else can know about. Like a very secret job offer. Or a return phone call from a boy you weren’t supposed to call. How do we wait for those things and not only not miss out, but not go mad?

I propose a solution! When waiting thusly, privately and excruciatingly, go somewhere public and join a long, long line. It’s kind of like being prayerful when you don’t know if you really believe in divinity. It reminds me of Miguel de Unamuno’s San Manuel Bueno, mártir and his other novelistic experiment Niebla. If you cannot stave off the waiting, join the waiters. (And we are all waiting for the eventual outcome, though we mostly pretend we have no idea what that could be.)

Another solution: memorize and recite lines of poetry. This is where “One Art” by Elizabeth Bishop comes in handy: “The art of losing isn’t hard to master…” Switch a few things and you get: “The art of waiting isn’t hard to muster…” It might help. And as one tweaks the lines, so that lyric iterations bring one back to the original version as time slips through the row of knots, start composing your own.

Miraculous! And I am

Day of the Dead

And my addiction grows!

When done, find me then.

What can I do, meanwhile,

but plead with the gods

and their consorts to speed

our reunion. One longitude,

I await the other me, my non-waiting self, on the opposite shore of this sea of knots, this private wait. Whatever happens or does not, whatever words I receive or silences I keep, my two selves will rejoin in one place at that time. We will rejoin until our next turn. And then, once again, the lines will keep us as we wait. 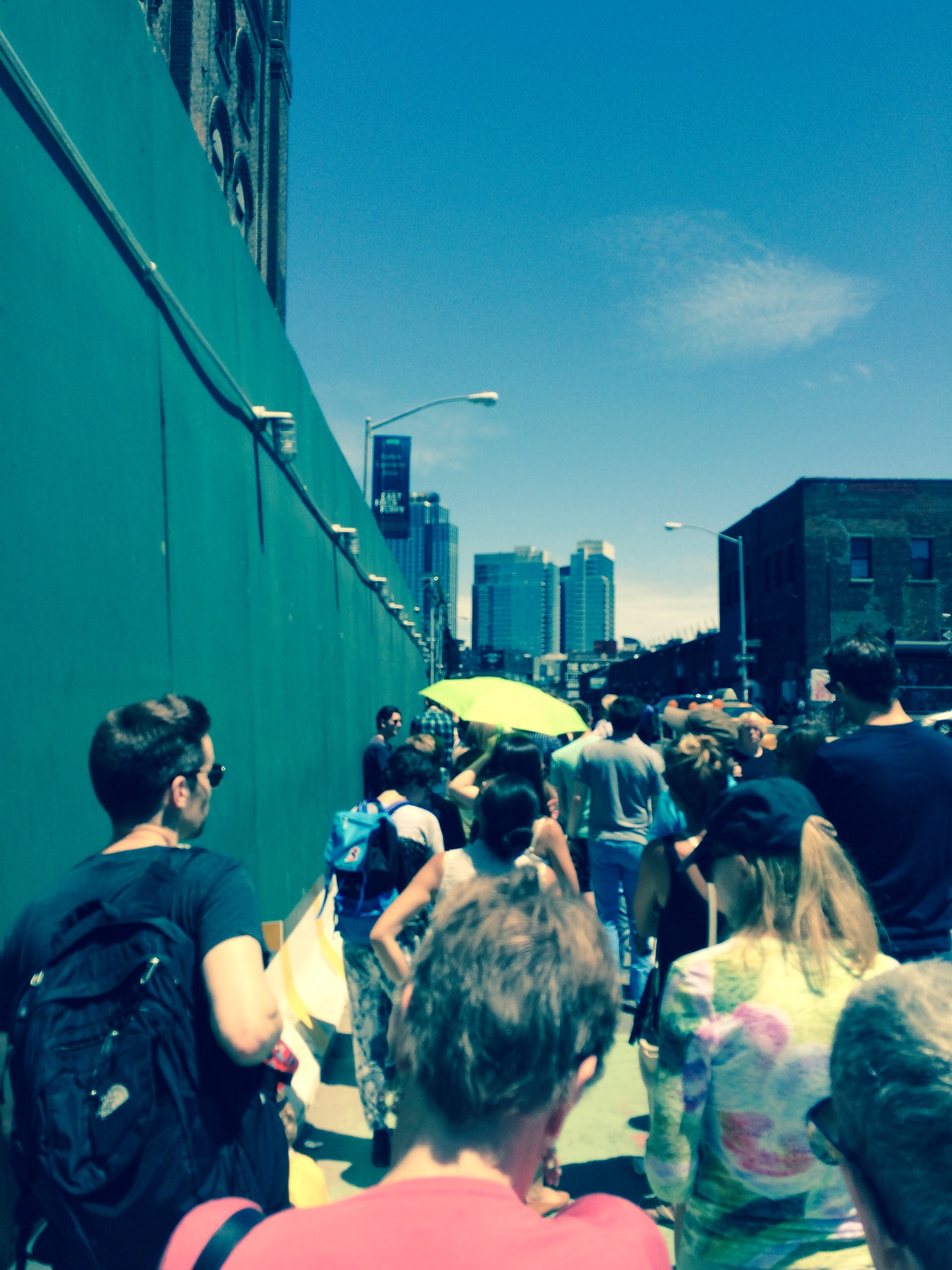