In many ways, the political climate today feels utterly new. One mammoth personality dominates US news coverage. Basic accountability to facts is no longer expected from the president or from anyone in his administration. Values and norms at the highest levels of government have lost their compelling force. The horizon of possibility for what can be said in public by elected officials about race, gender, immigration, international relations, and trade has dramatically expanded — both to the right and to the left. Who could have imagined, just a few years ago, that elections would be fought between candidates blatantly ingratiating themselves with the president and candidates identifying as democratic socialists?

Despite all this, a fundamental driver of American political energy remains the same, and it has nothing to do with issues, philosophies, norms, or even facts. People vote for charisma.

Whether coastal elites like it or not, Donald Trump has charisma. To invoke the classic definition of Max Weber, charisma is a “certain quality of an individual’s personality by virtue of which he is set apart from ordinary men and treated as endowed with supernatural, superhuman, or at least specifically exceptional powers or qualities.” Trump is the billionaire with the magic popular touch; Trump can break the rules of politics and still win; Trump can generate his own reality, bend the laws of political gravity, and captivate a crowd. No matter how many exposés of Trump’s inherited wealth, chaotic management, insults to women and people of color, and potential illegalities, there is a bewildering, astounding quality of Trump’s personality that causes him to be treated as superhuman. Trump has mastered generating the mystique of the extraordinary, and he relishes exercising this capacity.

The commentariat tells a story about the Democratic Party, particularly Democratic women, newly energized by Trump’s policies and personality. Sometimes the story weaves in millennials mobilized by the titillating idea of socialism. But progressive politics today is also driven by charisma. The youthful energy of Alexandria Ocasio-Cortez, Beto O’Rourke, and Andrew Gillum, among others, led to seemingly magical victories in their primary elections. Politicians angling to oppose Trump in the next presidential election — Cory Booker, Kamala Harris, Elizabeth Warren, and others — are auditioning by demonstrating their charisma. Certainly in each of these cases progressive policies matter, but saying the right thing at the right time is also part of charisma. Certainly compelling personal stories matter, but weaving such stories of self produces the personal magnetism that manifests as charisma.

It is easy, and not entirely wrong, to blame the media for emphasizing appearance rather than substance, crowds rather than policies, charisma rather than import. Celebrity culture has colonized politics, making television-readiness more important than governing experience — or so critics lament. But charisma has always been a central feature of American politics, and charisma is always constituted in relation to the media of the day. Presidents Bill Clinton, Ronald Reagan, and John F. Kennedy — all paradigms of charisma in a television-dominated culture long before reality TV-dominated culture. Much earlier, the nineteenth-century evangelicals and abolitionists gained fame through their charismatic oratory at a time when the genre of the (newspaper-amplified) speech was its own medium, with its own technologies.

It is tempting to take a neutral social-scientific stance and reject the question entirely, insisting that charisma is a tool that can be used for good ends or for bad. Adolf Hitler had charisma, but so did Martin Luther King, Jr.; Gandhi but also Idi Amin; Pope Francis but also Charles Manson. But the term has a different valence in its original theological context: it names the gifts of the Holy Spirit, marking individuals as participants in goodness, truth, and beauty. The term only came into its present sociological usage through Max Weber, who stripped it of its normative dimensions.

Postmodern scholars, enjoying the pleasures of critique, have looked on all charisma with suspicion. For them even the charisma of the ostensibly saintly is tainted. Charisma functions to circulate ideology, the ideas of the wealthy and powerful, concealing those ideas in the magnetism of an extraordinary personality. In politics charisma draws attention to a certain type of leader, historically male and heterosexual, while distracting attention from genuine political work, like the organizing that is so often performed by women.

So, is charisma all bad, all good, or morally neutral? Certainly there is a form of charisma that reinforces the status quo. It tells people what they want to hear — or at least what they think they want to hear. It satisfies by tying together surface-level beliefs acquired from a particular corner of the mediated culture: social-media feeds, Fox News or MSNBC, preachers and teachers, opinion columns or, in years gone by, pamphlets. The charismatic figure is more than human, seemingly a perfect example of the qualities we value. Today, for some in America, this means a slick performance of white masculinity, while for others it means a slick performance of multicultural femininity. And so the charismatic’s words have authority not because they are good or true but because they come from an individual who seems to have an extraordinary gift — which is really the gift of telling us what we want to hear. Whatever Trump or Ocasio-Cortez or Booker says deserves a retweet.

But this is not the only form of charisma, and we all know it. We are familiar with a neighbor, aunt, coworker, or high-­school teacher who did not tell us what we wanted to hear but who still, indisputably, possessed charisma. Instead of giving us answers, such individuals pose questions. Instead of appealing to what we are, they invite us to interrogate who we are. It is not in superhuman figures that we find such charisma; it is in those who are both exceptionally gifted and all too human, who evince the extraordinary in the ordinary. Against his slickened and masculinized Hollywood depiction, the biblical Moses stuttered and demurred — yet he oriented a people toward goodness, truth, and beauty. This is the charismatic writ small: someone encountered in daily life who turns us in the direction of justice and righteousness without the need to define for us the meaning of those grand concepts.

Beyond the biblical world, in our world, mundane charisma does not make you a leader. It does not get you elected to office. As soon as it attracts widespread acclaim, it is tainted. An audience responds to what they like, what speaks to them, and demands more of it. The imperfections of the charismatic are slickened in practiced performance as she learns to swim in mediated waters. As much as she might resist, the mundane charismatic who attracts a following becomes an authority herself, dispensing truths rather than inviting interlocutors to search for them. Even the neighbor, the aunt, or that fellow over there at the parent-teacher-association meeting swims in a mediated world, responds to an audience, and becomes an authority.

Against Weber, then, charisma is never neutral. It is ambivalent. It has the potential to orient us toward truth and goodness, but it can also mute our critical capacities, allowing us to be satisfied with the superficial dogmas we hear around us. We must neither filter out charisma in order to get to the “real issues” nor delight in it in the form of the politicians whose views align with ours. Rather, we must develop our capacity to understand and to judge it, disambiguating the charisma that pulls in an authoritarian direction from the charisma that pulls in a democratic direction. We must develop our capacity to watch, listen, and discern. In other words, we must exercise our humanity even when the realm of politics would prefer that we be inhumane, that we be reducible to a set of beliefs and descriptions predictive of how we vote. 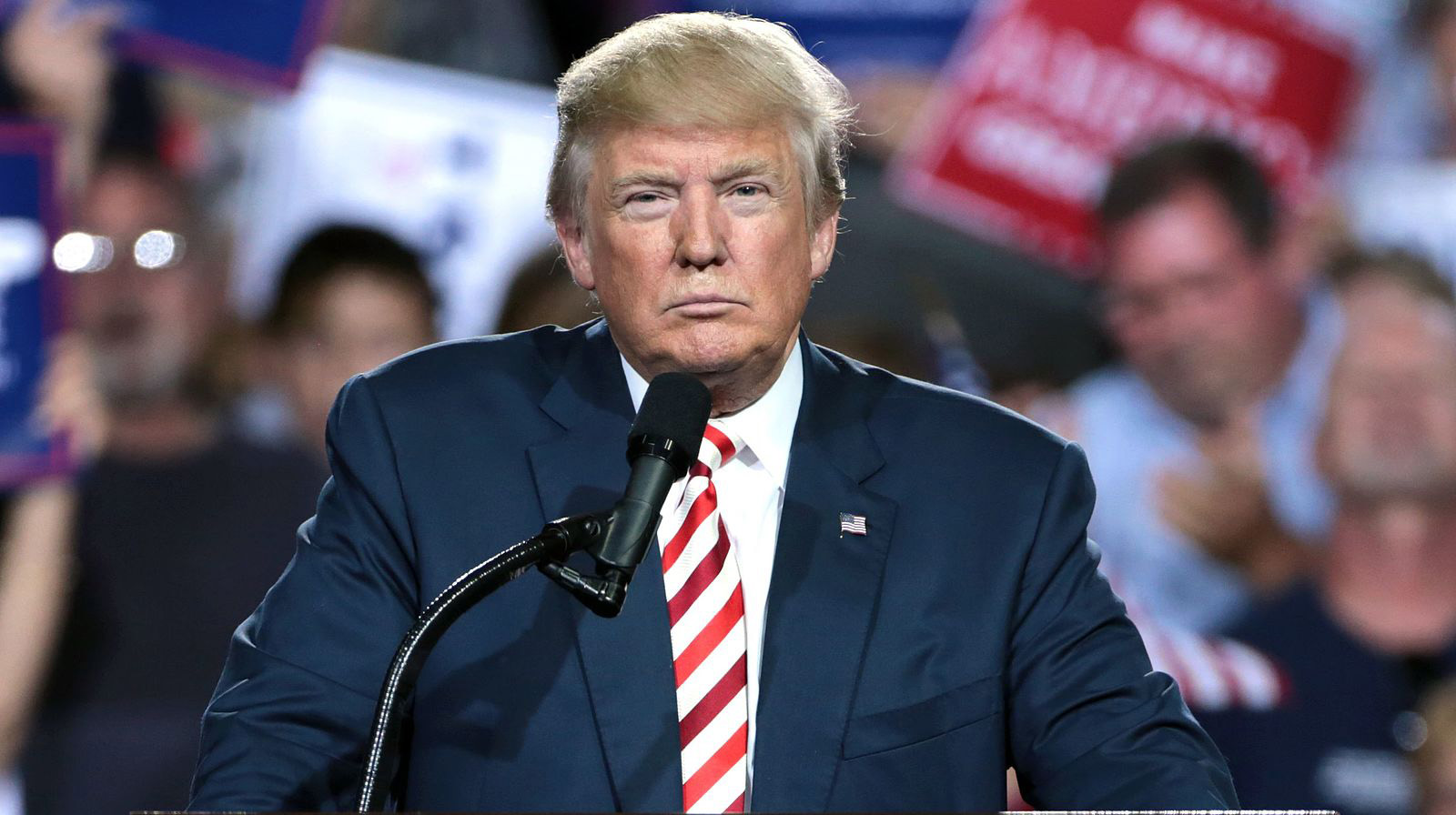