As the entire world now knows, Dr. David Dao is the passenger who was dragged off a United Airlines Flight on April 9th by Chicago police who broke his nose, gave him a concussion and smashed two of his teeth. He may need restorative surgery. Some media have treated this as a horror perpetrated by a single airline that bullies passengers, or by a business model that forces overbooking. It is a mistake to look so narrowly at the sources of harm. A few reports, and many Asian American social media users, have mentioned the possibility of racism. As I write, no mainstream news source or commentary has mentioned ageism.

Dr. Dao is 69 and from Vietnam. Both ageism and racism, I suggest, played a role in the quick decisions of the aviation security personnel as to how much force to use against him when he refused to leave. Dao is not just old, not just “Asian,” but “old Asian,” read as “weak, passive, handles without fuss.” Not likely to be strong and obstreperous, like a husky football player. When Dao refused to leave the fully-booked plane to give his place and his wife’s to airline personnel, explaining that he was a doctor, police manhandled him, crashing his face against an arm-rest. One dragged him down the aisle by the arms.

Stereotypes may be “compound” (as Carrie Andreoletti and her colleagues call them, in the International Jour­nal of Aging and Human Development 81). Like many complex or intersectional biases, they are less well studied and often disregarded. In this case, Dao’s appearance of vulnerability was doubled, or perhaps, given that he was wearing glasses, trebled. This might have stopped ordinary decent people from touching him with intent to dominate, but security men are trained differently. Indeed, his triple vulnerabilities may have led the police to expect that he would let himself be led away.

Each reductive assumption, as so often with stereotypes, is inaccurate. Old men are not always weak (if 69 is old) or, for that matter, docile. My grandfather, an immigrant iron worker in his youth, had powerful hands into his eighties, and a strong sense of dignity. Dr. Dao, who left Saigon on a raft in 1975 as a refugee with his family, appears to be a fierce survivor of calamity, resistant to oppression. At 69, on that airplane, he fought back, screaming and protesting. The security forces over-reacted, very likely startled and outraged by finding their expectation of a submissive ejection a failure. We see this with cops who beat or shoot suspects long after resistance has ended.

After being dragged away Dao returned to the passenger area with the blood from his teeth on his face. He might have been shamed by the beating, but without shame, he went up and back down the aisle to expostulate. It was a brave resistant gesture, to share his pain and grievance with the horrified passengers who had already been vocal about what they saw as it was happening. He showed respect for his own person, that he expected to be shared by them. It was a remarkable gesture. Despite the trauma he had endured, Dao made an appeal to fellow passengers for solidarity. When tyranny is powerful, collective emotion may be all that saves us from despair.

In an attempt to protect itself from charges of racism, United has said its system for selecting David Dao and his wife and two others is an algorithm that takes into account issues like disabilities and connecting flights. Use of the technical term “algorithms” can stymie the common reader by making such choices appear unknowable, but almost certainly passengers’ ages are known and weighted as an input, like gender; and data on race may appear or be inferred from names. In the process of selecting four people to be ejected from the plane, racism and ageism may both have operated as well. It would be worth asking about the algorithm.

Here is an obvious act of violence, legal assault and battery. Although some may think that ageism is limited to elder abuse, ageism is often violent. And its precipitating cause is, simply, a person who looks, to the perpetrator who is taking time for a mere glimpse, vulnerable. Sociologists tell us that seeing categories like gender, race, and age — what I call the body-based categories — we allot time for little more than a glimpse, a mere glimpse. So if stereotypes pre-exist, they are activated instantly. Aging, whatever else it is, can also be the trigger for ageism.

Some commentators think the violence was racism alone, even though Dao is 69. But that analysis again, would be to obstruct our view of the harms. An older person who looks weak can be white. My friend “Daniel” is white, Harvard-educated, a high-level public servant and head of a huge NGO, retired: at eighty, a big six-foot-two, over 200 pounds, well-dressed. From the back, though, a careless passerby might see only white hair, cautious walking — insignia of age. What does that sight trigger? Kindness, often enough. But a reckless man hurtling down the stairs of the subway kneed Daniel from behind. He wasn’t seen, he didn’t stop. Daniel fell. He endured a painful knee operation, hallucinatory opioids, weeks of rehab; then a cascade of ongoing problems. His condition is now being called “aging” rather than the results of depraved-heart battery. “Depraved heart” crimes are those where the perpetrator displays indifference to the strong likelihood that he will do harm.

In this new hit and run, victims can also be female and supposedly sheltered by their profession. As feminist age critic Leni Marshall has written, on college campuses, students walk into their professors. Female professors as young as fifty find that (mostly male) stu­dents bump into them on campus sidewalks or in hallways. And anonymous victims can be doing errands out on the public street. One tall white woman I know, only seventy-three but slender enough to appear weak, says, “They are playing chicken with you. They want the sidewalk. ‘Make that old lady move out of the way.’ ” Conscious that this is a chronic urban danger, she avoids main streets.

It would be misleading to call the source of danger simple rudeness, as if just anyone were now vulnerable to this experience — as if a distracted young man on a cell-phone were just as likely to crash into Hulk Hogan. Bullies and trolls are careless, but only when they feel safe.

Historically, in the United States, in the evil days of slavery and Jim Crow, a person of color was expected to abandon the sidewalk if a white person wanted the space. Now, a brand new compound assault is where (brown, black, or white, male or female, in any combination, but always older), you better stop, or step out of the way, when a younger person is about to walk through you. A new crime. Walking while old. On a plane, in the street, on the campus, by looking old you are taking up space that someone more favored feels entitled to.

The vulnerable-looking by reason of age, a minority, can be offended without receiving harsh reproof. We are scapegoated by pundits. Writers in mainstream media berate their old parents for getting expensive medical procedures that saved their lives. We are mocked by comics. Advertisers consider us targets; but as models for products, most avoid us. Web trolls — mostly men in their 20s — wish we would vanish. In some colleges, midlife faculty are belittled as deadwood, just as employees in other lines of work are considered “too old.” Some students think we smell. Scientists define our “aging” as a collection of diseases. The terror of Alzheimer’s — inflated even by the well-meaning Alzheimer’s Associations — makes growing into old age seem an unavoidable disaster.

It behooves us, who have eyes to see and hearts to be moved, to be vigilant about this bias too.

Margaret Morganroth Gullette describes a wide array of ageisms in her forthcoming book, Ending Ageism, or How Not to Shoot Old People (Rutgers University Press, August 2017). She is the author of prize-winning books in age studies, Agewise and Declining to Decline. Gullette is a Resident Scholar at the Women’s Studies Research Center, Brandeis University. 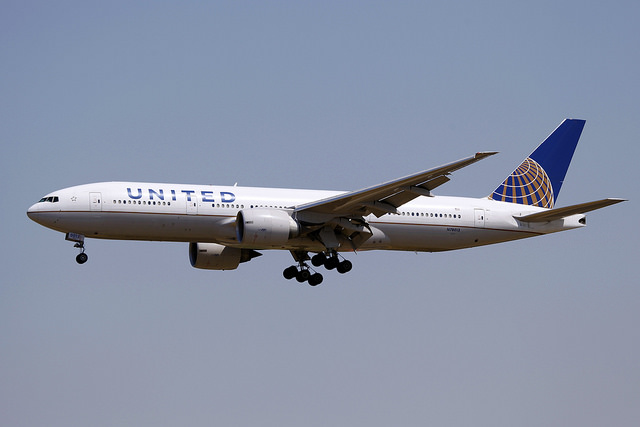