Disney introduced for the first time a storyline for a gay character on the fan favorite tween TV show, Andi Mack. Not everyone is happy. One Million Moms recently released a warning to parents, saying Disney has abandoned its “family-friendly entertainment” and sacrificed “children’s innocence.” Rev. Franklin Graham stated Andi Mack was dangerously trying “to influence the youth of today to accept and to be a part of the destructive LGBT lifestyle.” Kenya’s Film Classification Board cited the need to “protect children from exposure to harmful film and broadcast content” and Andi Mack from their television screens.

In the series, 13-year-old Cyrus Goodman is coming to terms with the fact that he is gay and has a crush on his male best friend. He confides in his friend Buffy who reassures him that she supports him and will always be there for him.

As a gay kid in the 1980s and ‘90s, I would have loved to see a character like Cyrus. Sesame Street’s Bert and Ernie — two men who shared a home and a life — were the closest role models I had on TV. Bert and Ernie could have been great role models for LGBTQ kids. However, they never shared a kiss, talked about starting a family, or participated in National Coming Out Day. In the end, they were just two friends who cohabitated. I deserved something more than an implied relationship that mirrored my experience. Youth growing up gay today deserve more as well.

Gender identity and sexual orientation are essential factors of diversity, just like race, disability, gender, or culture. The Legend of Korra and Steven Universe are currently the only children programs that represent main LGBTQ characters and storylines. This poor representation would not be acceptable in terms of race, disability, gender, or culture. So why is it ok for LGBTQ representation?

A shared experience growing up LGBTQ is often isolation, feeling different from everyone else, and not having an LGBTQ role model to look up to. These experiences perpetuate the feeling that heterosexuality and cisgender identity is “normal,” and can lead to depression, anxiety, and suicide. LGBTQ high school students are three times more likely to have feelings of sadness or hopelessness and over four times more likely to attempt suicide when compared to their straight counterparts. California just became the first state to approve 10 K-8 textbooks that include LGBT historical figures who made significant contributions to society. LGBTQ-inclusive schoolbooks are a first step in highlighting LGBTQ role models for youth, but this is not enough.

Storylines like the new one on Andi Mack are possible moments of connection and hope for LGBTQ kids growing up in an environment where they find it difficult to identify with someone like them. It can be a learning opportunity for non-LGBTQ kids as well.

I recently sat down with a group of 13-16-year-old boys and girls at their residential health clinic to discuss the topic of LGBTQ identity. I asked the question, “When does someone choose to be gay?”

The responses surprised me. “Their mama let them play with Barbie dolls when they were little boys.” Or, “When a girl can’t get a boyfriend, so they became gay because they had better luck with girls.” And also, “If a boy hangs out with girls too much, they could become gay.”

When I asked the question, “When does someone choose to be straight?” the group unanimously agreed that everyone is born straight, but chooses to be gay.

Prejudice against the LGBTQ community based on misinformation is not new. Although there has been overwhelming public support in the last decade for LGBTQ rights, and the Marriage Equality Act, there is still much work to be done on educating all ages on LGBTQ topics.

Kevin Spacey has used his coming out as backdrop amidst accusations of sexual advancements towards a minor, fueling misunderstanding and wrongly linking homosexuality and pedophilia. Conflating the two has been a tactic used for decades to mischaracterize, demonize, and oppress the LGBTQ community.

Adult LGBTQ characters have been on television for some time. The first gay character is often credited to the TV show All in the Family in 1971. The gay character, Steve, only appeared in one episode.

The 1970s sitcom Soap was the first to have a recurring gay character, played by Billy Crystal. It was not, however, until the late 1990s that Will and Grace opened the door for more adult LGBTQ characters.

Current TV shows like Modern Family, Transparent, Sherlock, Orange is the New Black, Unbreakable Kimmy Schmidt, Shameless, Grey’s Anatomy, Arrow, Game of Thrones, The Handmaid’s Tale, The Fosters, and scores more not only have recurring gay characters, but they are the main characters and storylines. If adult programming can be satisfied with LGBTQ characters, so can children’s shows.

Sesame Street earlier introduced a new character with autism named Julia, meant to teach children about inclusion and accepting others different from themselves. Sesame Street is an iconic children’s show, teaching countless children for almost 50 years the value of numbers, letters, colors, but also more significant topics like death, HIV, and the importance of community and friendship.

Now is the time for children and adolescent-geared shows to start highlighting LGBTQ characters and educate a new generation on the value of inclusion and diversity.

Like One Million Moms and Rev. Graham, I too want to protect child innocence and support family-friendly messaging. Sending messages of support and inclusivity are an essential way to do just that. Our television programs should represent all children in their struggles and send messages of acceptance and inclusion. Andi Mack has taken a step in the right direction. It is not enough. 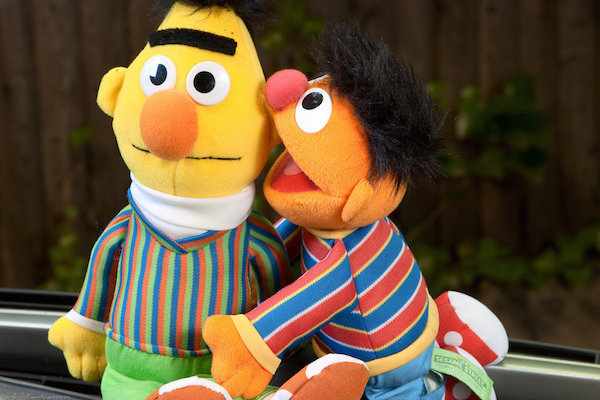