I’ve learned that, as the quarantine wears on, the fact of isolation becomes synonymous with the fact of every corner of your house becoming intensely, overly familiar. You find the prints you forgot to put up when you moved into your apartment hidden behind the couch. The question of which wall to hang them on occupies your mind for days. You know where all the pieces of Easter candy you bought for yourself at Ralph’s months ago are.

At the same time, the opposite of this process happens inside you. Your interior reveals itself as a vast, unexplored, and often contradictory land. I’m finding myself at odds with myself, as the simple but enduring pleasure of walking down the street in the beach town I call home recedes in time and memory. To bolster this remembrance, I drive up and down the coast highway at least twice per week (never getting out of my car), just to see the ocean and the red aloes blooming next to it. I’ve slowly become a fan of reading maze-like literary novels with no definitive ending. My two most recent reads are The Third Hotel by Laura van der Berg and The Vegetarian by Han Kang. Both are shifting, inconclusive reads; you can easily finish the book and have no idea what has transpired in them. Both protagonists mostly do battle with their desires and demons by themselves. They live in transitory spaces populated by one, but shadowed by the ghosts of many others.

These novels felt predictive and visionary at the time I picked them up; the mandate to physically distance ourselves from one another is antithetical, against the grain of human nature as fundamentally social. It’s taken a toll both on individuals and the communities they love being a part of. Yet people have found thoughtful, creative ways to care for those same communities. Blurbs and articles about the nurse in New York who raised thousands of dollars for PPE, the virtual senior prom John Krasinski hosted for the class of 2020, or the millions of people who decided to foster an animal and emptied out shelters circle the internet. If van der Berg and Kang’s novels reflect a chaotic interiority, these pieces, about people doing things out there in a world we all know exists but cannot fully access, are a balm upon the skin.

They’ve galvanized my search to find ways to connect with and support my own community- namely, the faculty, staff, postdocs, and associated researchers at UC San Diego. I’m extremely fortunate to still hold a full-time job, as a library paraprofessional specializing in acquisitions- which is really just a fancy way of saying, “Hi, I’m one of the people who orders the electronic materials you probably need.” If you work or study at UC San Diego and got an email telling you your eBook was ready, I most likely wrote that email.

My work, in collaboration with the work of many, many others I’m proud to call colleagues, supports thousands in pursuit of their research. I’ve gained a new appreciation for and pride in doing this work in the past few weeks. My work serves as a reminder that libraries have survived pandemics and downturns, ignorant leaders and natural disasters. They are a mainstay even when the ecosystem of public life goes largely underground. By facilitating their access to materials, my colleagues and I contribute meaningfully to those whose work in pursuit of knowledge and ideas will continue and bloom once social distancing measures have fallen away.

There’s also no precedent for the huge shift in mindset and workflow it took for all of us to adjust to the “new normal” hustled in by the spread of the pandemic. Within the space of a week, on-campus classes were canceled and the physical library closed first to the public and then to staff. Suddenly our print reserves were inaccessible to the students and researchers who needed them. We had two weeks before spring quarter began to somehow provide access to those materials. Requests for eBooks started pouring in, a volume of them that started as a trickle and quickly became a waterfall. We began working frantically to retool the entirety of the print reserves, scouring internal resources and publishers’ websites to find and purchase everything needed for upcoming classes in electronic format.

This process was, and is, mirrored in libraries across America. For large campuses like mine, and the nine others that make up the University of California, it involves trying to meet the needs up of 40,000 individuals or more. These are faculty who need a specific reference text for their next book, students who just need one more humanities course to graduate this spring, postdocs who are trying to publish the research they’ve spent so many years on. The efforts we make to serve them are truly collaborative; we’re not the decision makers but the listeners, adjusting our work to the needs of various individuals, their departments, and the smaller schools that make up the university. The switch to virtual services isn’t just limited to academic libraries. Friends who work in public libraries across the country tell me their libraries, too, are holding their neighborhoods together virtually. They’ve quickly created a varied roster of services, including virtual story times, craft-alongs, reference services, roleplaying games, and English learning classes.

The variety reflects the superficial differences in the communities served by public and research libraries, but also underscores what they have in common. The mission to serve their patrons by providing access to a wealth of knowledge and upholding the tenets of intellectual freedom in doing so.

The American Library Association defines intellectual freedom as “the right of every individual to both seek and receive information from all points of view without restriction.” It’s so basic a democratic right that it’s easy to forget it exists, even though it’s nothing less than the ability to freely express any idea or explore any question, cause, or movement you might want to. It’s constantly at risk of eroding, too. Think of our government’s current hesitation to bail out the US Postal Service. Their inaction, if it did lead to USPS’s demise, might mean that print newspapers couldn’t be delivered. A wealth of reporting on local and national issues would be lost, in direct contradiction to the importance we place on the freedom of the press and its unhampered circulation. Come November, millions of Americans wouldn’t be able to mail their ballots, preventing their voices from being counted and ensuring a skewed election. When you chip away at the methods of knowledge circulation, you chip away at intellectual freedom.

Many people don’t consider themselves to be a patron of their local libraries — they only know that tax dollars go toward maintaining them. But even if you never set foot in a library, you’re still benefiting from the role they play in the fabric of society.

The author Sandra Newman tweeted in March about a question she used to pose to friends and peers: “What is literature for?” The best answer she received, she said, was that literature can be emotional education for a lonely child. In many cases, the library is the domain of that lonely child. They read. They take in ideas. They come to understand themselves better through literature. They learn to communicate with empathy, to stand up for themselves, and to practice the sort of radical compassion that comes from those who understand how others experience struggle, anger, happiness, victory. Then, they grow up to transform their emotional education into a thirst for knowledge, an insatiable drive to write and study and disseminate ideas. They become a researcher, doctor, writer, maker, teacher, or scientist. They contribute an informed and invaluable perspective to society as a whole.

Their discoveries begin at the library, which is the medium, the place where you’re allowed and encouraged to exercise your right to the pursuit of knowledge. That, too, is intellectual freedom. All of a library’s functions, no matter whom they serve, center around and stem from its role as the physical expression of our right to intellectual freedom — otherwise, they’re just repositories of reams upon reams of moth-eaten paper.

Even though the library building, as the physical expression of that right, has temporarily shut down, the work that libraries do in maintaining that intellectual freedom is more important than ever. What it means to be a citizen, especially a citizen of the world (a fraught term even in good times) is changing. Our concept of the world and how we move through it is shrinking to fit our computer screens. But in isolation, we turn to the arts to entertain and inform us. We lose ourselves in our personal or public research. Either one can keep us grounded, by renewing our curiosity, teaching us something new, or simply carrying us away on the far-ranging adventures our favorite authors dream up.

It’s more important than ever that we have access to arts, journalism, and science, and that librarians and library staff continue to work to defend and facilitate that access. Even as the days roll past, slow and fast and full of that strange new interior geography that comes about when social life frays at the edges, I feel grounded in knowing that in some small way I’m helping to uphold the model of intellectual freedom that facilitates the beautiful and provocative research done in this academic community. It is a tenet I cling to for stability, as our society sickens and we isolate ourselves, waiting, dreaming of the day when its health is restored. 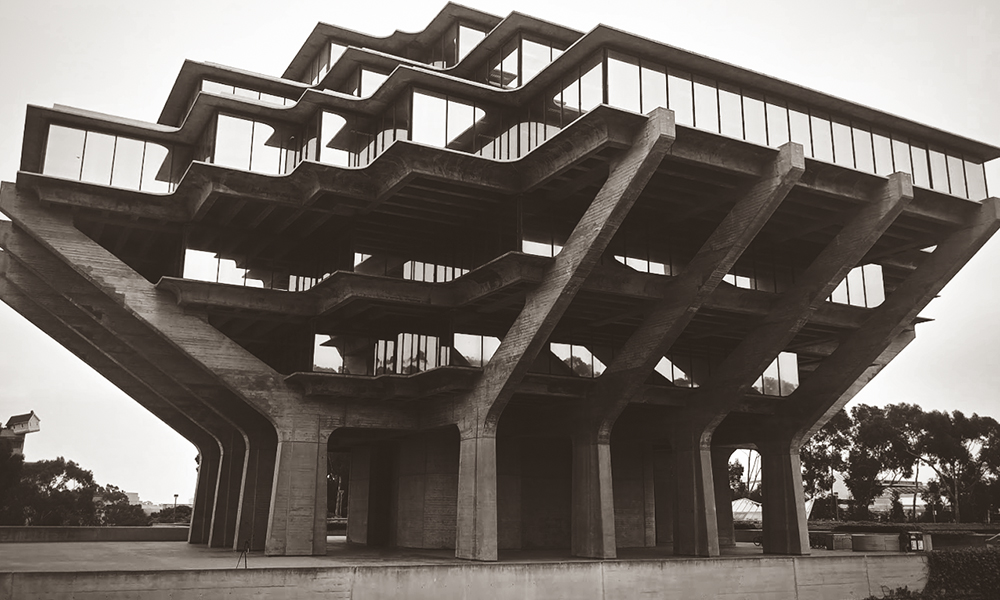