I hide in my flat and I hide online. In fact that is what most gay men in Uzbekistan do.

There are regular reminders why. The first president of the country, Islam Karimov, spoke on national television about the immorality of homosexuality. Blurry videos circulate on the internet where transvestites are busted by the police and men who dress like women are harassed on the street. Just recently on the news there was the arrest of two men who had been caught living together. One of the men had undergone medical examination to prove the nature of their relationship.

There are also the moments when I am personally confronted with what it means to be gay here.

Once, four years ago, after a night of drinking, I was sitting next to a man on a fountain. We were talking about cinema, and I had been flirting without really thinking about it. He stopped the conversation and said, “But what do you want? Really, what do you want?” He looked me dead in the eye, and when I smirked and tried to return to the conversation, he shook his head and walked away. That was an act of self-defense on his part — walking away from someone who did not take the meeting of men seriously enough. Dangerous things need to be taken seriously. I have a better understanding of that now.

Barely a day goes by here without a conversation about whether I have a wife, a family, children.

There are the taxi drivers who, on average, take two questions to reach the topic of marriage.

There is the seamstress who made me a flamboyant shirt. She asked me at the fitting why I didn’t have a girlfriend. In a quiet voice, with the measuring tape dangling from her hands, she asked, “are you not interested in girls or something?” I laughed, then she looked up at me and said she was serious, why not? At that point, after a pause that was too long, I told a lie and said I used to have a girlfriend… I have not been back since.

Often enough, though, I am exempt from the ever-present expectations of heteronormative behavior. I can hide behind my language and culture. “You do things differently over there, don’t you?”

But what of those who are not exempt?

I have a colleague at work. He has asked me twice if I am gay. He talks to me about how men who wave Uzbek flags at gay pride make him sick. How they should be killed. A disgrace to his country. Yet he always comes to talk to me and is friendly and chatty. And his family has been looking for a wife for him for over a year. And he once invited himself to my flat after work but then didn’t come. Professed hatred, together with curiosity, and perhaps desire?

How do you express desire if you do not have the vocabulary or the space to express it?

Is it safe for me to fumble with that tight knot of tradition, expectation, and desire?

There always comes a time when you want to meet someone, to talk, to touch. The feeling can creep up on you, perhaps sparked by a book or a film, or simply by the coming of spring. At those times I download Hornet, or Grindr, or whatever. In Uzbekistan I chose Hornet.

On Hornet you are greeted with a mosaic of photos. Photos of men, of abs, of legs, collar bones, and tight t-shirts. Each photo is linked to a profile, a person, someone who is searching.

The problem is that most of these photos are not of the men hiding behind them. They are of male models, football players, and Enrique Iglesias. I myself hid behind a blank profile picture, though I was sufficiently naïve to think that the other pictures corresponded to reality. I still held my European frame of reference, in which most people are fairly straightforward in expressing their desires and who they are. (This, of course, does not apply to everyone.)

So I would take profiles literally at face value. Introductions were made, questions asked, and all the while I would think I was talking to a tall, handsome man. I didn’t really pay attention to the fact that no men in Uzbekistan looked like the men in the pictures. So it would come as a surprise each time a man would send me his real face. I would feel tricked, somehow, and stop the conversation. This happened over and over before it finally dawned on me that virtually everyone was hiding. I was confronted with, and was an acting part of, a sea of masks.

In that space, where men are looking for connections, few dare to show their face straight away. If they do, it is defiant: “I have nothing to hide.” But this is rare.

In that space, where men are fearful (for why else would they want to hide?), how are you to choose whom to talk to? How do you know which shoulder to tap, whose mask you should tug at?

All that you have is the other person’s own projection of desire. The mask they wear must be beautiful to them. They would not have chosen Enrique if they did not think he was attractive. Or is that really how they see themselves?

Whatever the case may be, they — we — are all taking risks.

First, there is the risk of showing any face at all, of allowing a connection to be drawn between you and a forbidden set of desires. (Don’t forget, to have such desires is in contravention of the law.)

Second, there is the risk of no attraction. You took a risk only to realize you needn’t have bothered.

Third, there are “virts.” I didn’t know what that word meant at first — all I had seen was several warnings about them on men’s profiles. A “virt” is a man who will not, or cannot, take off his mask. Despite conversation and the exchange of photos he is unable to bring himself and his sexuality out of the virtual sphere. Sometimes the only way to identify a “virt” is to arrange a meeting and then to stand on the street for 40 minutes, waiting in vain for him to appear.

(He might text you later: “I’m sorry, did I upset you?” You could reply if you saw the point.)

And if the risks pay off, there is the more fundamental problem of logistics. The problem of shared space. To meet another man, you need to have somewhere to go. Most men do not have this luxury. They live with their parents or wives, or have some other limit on their privacy.

I do have that space, but I am afraid to use it. Another risk. Of course there are the immediate safety concerns, and time must be spent with these men before they can be trusted. But there is also the question of what next.

Because once the masks are off, my room, my walls must stand fast to contain and protect that previously hidden identity. The world outside is a hostile one for two naked men. The windows must be kept closed, the door must be locked. You must be quiet.  And if something were to develop, if love and deep feeling were to emerge, where could it go?

The outside is hostile. We lock the doors and close the windows in anticipation of the forces that push at the walls, scratch at the door. If there was a breach, the pressure of the outside world would rush in and crush us.

To try to love here means to suffer.

For now, I prefer to sleep alone, with the window open. 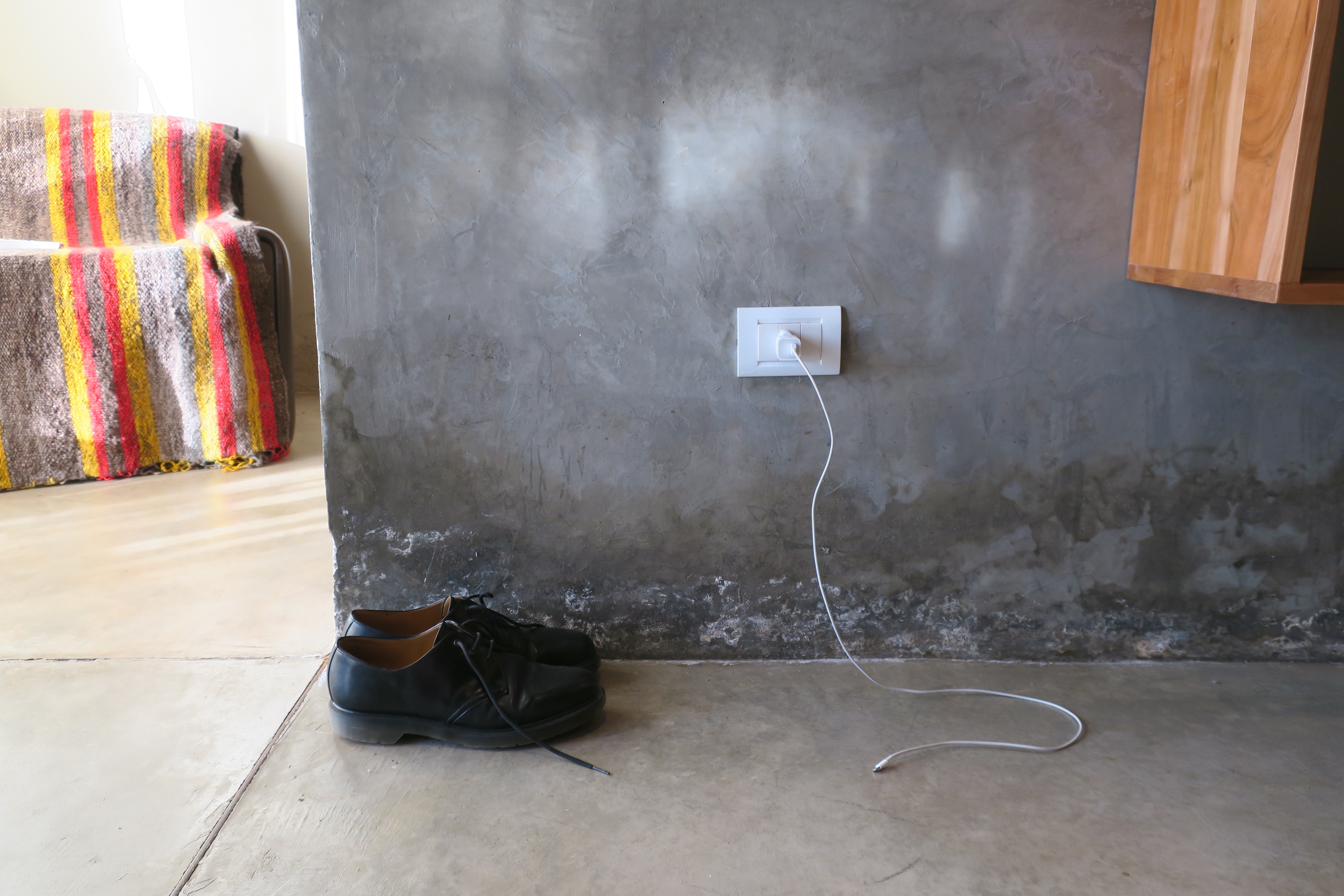