That scene on the escalator when Trump declared his run for president may live in infamy, but it worked (even if he had to pay $50 for each bystander). Ever since that trip down the escalator (tellingly a descent), Trump has owned the country’s airwaves and front pages with outrageous Tweets and Barnum & Bailey antics. But the venue that has consistently eluded his grasp is America’s public space. On the second day of his presidency, he famously forced his hapless press secretary, Sean Spicer, to say that the crowds at his inauguration on the Mall were bigger than Obama’s — bigger even than anyone’s in history.

Ignominiously enough, the crowds at the Women’s March on the Mall the day after his inauguration dwarfed his. For the Trumps, maybe the protests were even a little frightening. In the pits of their stomachs, the new First Family must have experienced that Versailles-in-1789 feeling as thousands roared their fury from the Ellipse out back. The Trumps now occupied the White House, but the people — the Democrats, the Independents, the rabble — owned the Mall, and they were within shouting distance. The city plan that Pierre L’Enfant designed for Washington back in 1791 still worked some 225 years later, the Mall fusing hundred of thousands together into a vocal human mass. The French aristocrat had inscribed democracy into a huge, ungated public room that delivered the madding crowd to President Trump’s backyard. He couldn’t shut out its thunder by drawing those golden drapes. The Mall worked as designed.

This Fourth of July, however, was Trump’s day of revenge. Marking his territory, Trump urinated both on the Mall and on democracy, owning America’s living room by turning it into his own vanity production. Co-opting what has always been a non-partisan celebration of America’s birth, he turned it into a thinly-veiled campaign rally. By reducing Abrams tanks, F-18 fighter jets and even the bat-like B-2 Stealth bomber and the Navy’s Blue Angels into background props for his reality show, he trivialized no less than the Army, Air Force, Marines, Navy, and Coast Guard, which he invoked throughout his heavily scripted, stiffly delivered, error-riddled, fifth-grade-level history speech. Generals flanked his golden pompadour, their honor stripped, if not their medals.

Since his inauguration, America’s public spaces have been a thorn in the side of this president, unlike the privatized, controllable space of his Trump Tower atrium. Through forces outside his chain of command, the Mall along with village greens, parks, and ceremonial boulevards across the nation have emerged as arenas of unstoppable public protest giving voice to the vocal majority. We haven’t seen such public protests, really, since the 1960s and ‘70s, with the exception of the Iraq War.

The “resistance” has sparked demonstrations, but the internet has also emerged as a silent engine sending people into public space to protest. In its first decades, the internet ranked right up there with the car and suburbs for deflating the city and physical space itself. Discussions occurred in chat rooms; online petitions displaced demonstrations; debates were sucked up into the ether. The internet fractionalized society, registering collective opinions silently by number, by disembodied “likes” and “dislikes” and chained, individual comments. The introverted nature of the medium itself was distancing. The internet took public discourse off the soapbox into the screen.

That all suddenly changed in 2011 during the Arab Spring, when Google brought demonstrators into Cairo’s El Tahrir Square. Text messages and photos catalyzed social discontent and mobilized crowds. Social media connected to public space, the cyber translating into the physical. Protesters downloaded democracy onto the streets.

Americans have made the same connection, especially since Trump’s inauguration. Mouse clicks just don’t suffice. Over the last two years, public space in America has roared back as citizens have voted with their bodies in streets, parks and plazas, many carrying posters more wicked than any Tweet. America became the placard-carrying soapbox nation it had been in the 1960s. Public space was again physical, energized, and emotional, as it had been during the Civil Rights and Vietnam-era protests. Democracy suddenly acquired legs and the legs got traction as motivated, committed, chanting crowds marched in an urban chain reaction voicing collective public outrage.

Traditional Jeffersonian America had venerated the land and eyed the city with suspicion, but now asphalt became the soil of democracy as the internet brought streets and parks into political discourse.

That collective cri de coeur from America’s streets was the roar Trump heard the day after his inauguration. It evidently stuck in his craw and festered with each new televised demonstration: not much he could do about it. In Washington, a second Woman’s March commemorated the first. During the March for Our Lives, initiated by Parkland High School students, crowds packed Pennsylvania Avenue. In a boneheaded decision no doubt approved by the White House, the National Park Service denied the students a march on the Mall itself, but no matter. The walled corridor of granite buildings on L’Enfant’s parade avenue intensified the moment, charging the event by containing the hurt and the urgency of the message. Human energy bounced off the walls like atomic particles in a cloud chamber.

Just claiming physical space, especially space at the heart of the capital, was an act of defiance. For protesters, taking to the streets meant taking back political space.

Sadly, it is all too easy to imagine Trump in his pajamas gobbling cheeseburgers and fries in bed, swilling Diet Cokes, stewing in his own juices as he jealously saw the opposition stealing his stage, screen time, and thunder.

One does have to acknowledge the president’s diabolical genius, though, and grafting himself parasitically onto the July 4th celebration on the Mall by placing himself at the center was an ingenious heist. The momentum of the yearly event guaranteed wide TV coverage and a multitudinous built-in audience that he could claim as his own, “the biggest ever.” And at last, he could claim ownership of the public space that had belonged primarily to the opposition.

But it was a sad day for America to see Trump, like Mussolini addressing the crowds from the balcony of the Palazzo Venezia, commandeer the hallowed Lincoln Memorial for a speech that he probably thought was a follow-up to the Gettysburg Address. Lincoln, a unifier of the nation, looked on as the bone-spur president extolled the military and wrapped himself in hypocrisy, desecrating America’s most sacred ground as military props flew in obedient formation overhead. He threw out cliché-ridden applause lines, cuing the MAGA audience with a fake grin.

If Trump were only tone deaf, the appropriation of public space that had ultimately been secured by the blood of heroes might be dismissed as an unfortunate gaffe. But in the context of two and a half years of his presidency, we know that this hollow man was using the Mall and the Memorial as he used his escalator, and that in his greed — money, real estate, women, power, attention — he grabbed the national holiday for himself, gorging on the attention as he commercialized and cheapened America’s most idealized space.

With this Fourth, Trump really outdid himself in his drive to degrade America. In a single act, he militarized a civilian event with airplanes, tanks and generals. He privatized and basically sold front-row seats like condos, cordoned off for Republican donors and appointees invited by the White House. He politicized a non-partisan event. He polarized the Mall as he has the country, drawing in his gullible MAGA base as protesters gathered and paraded the diaper-wrapped Baby Trump balloon. Most ingeniously, the cheapskate president forced the government to pay for what was essentially an election rally.

But it could be worse. He could be turning all that grassy real estate on the Mall into a private golf course. 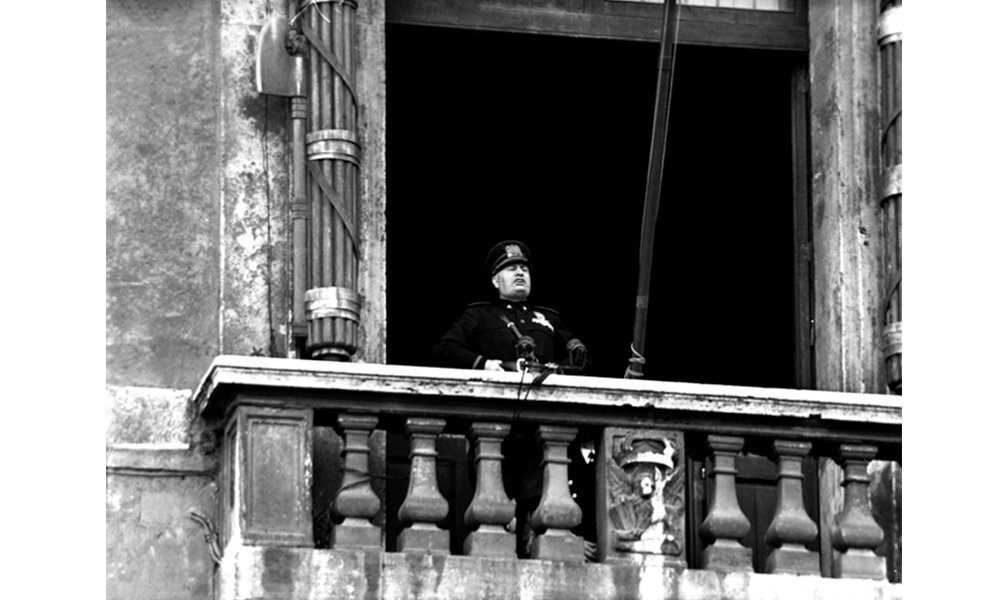