President Obama was often criticized for being remote and inaccessible. Part of that had to do with the fact that he spoke too eloquently. What was he hiding? Who was he really? The impression of lucidity did not diminish when his speeches were transcribed. He sounded like an intellectual in a Thomas Mann novel.

Donald Trump may not possess President Obama’s moral courage or deep knowledge of policy, but he doesn’t have this problem with talking. The way he expresses himself is so accessibly humanlike that I often forget he’s not really a person. Consider this remark from a Time profile a few months after the inauguration. He’s giving the reporters a tour of the White House, and he says, “Here is a room where we have a guest room.” Like so many of his public pronouncements, the syntactical confusion creates an air of authenticity but doesn’t confuse the sense of the remark. The same alchemy is at work in his tweets: “With the great vote on Cutting Taxes, this could be a big day for the Stock Market – and YOU!” Sense and nonsense, meaningful meaninglessness — we’ve been listening to this for two years. “Part of the beauty of me is that I’m very rich.” “I know words, I have the best words.” “Happy New Year to all, including to my many enemies and those who have fought me and lost so badly they just don’t know what to do. Love!”

By contrast, here’s Obama: “This office is bigger than any one person, and that’s why ensuring a smooth transition is so important. It’s not something that the Constitution explicitly requires, but it is one of those norms that are vital to a functioning democracy, similar to norms of civility and tolerance and a commitment to reason and facts and analysis.”

It’s not wonderful that we’ve installed a president who struggles to express himself in his native language. As Alexandra Petri writes, Trump seems to misspell words even when he speaks. His obsessive lying, his grandiosity, his self-contradictions, his tendency to forget what he’s talking about from one clause to the next — all of this makes for significant challenges when it comes to governance. But his rhetoric has one virtue: It is great literary dialog.

Like fiction writing, politics is an act of imaginative storytelling. Politicians succeed or fail to the extent that their stories resonate with listeners. The rules of good dialog in each medium are essentially the same. A writer knows, for example, that dialog is not a good vehicle for complex ideas. Complexity tends to sound didactic; it suggests an authorial imperative. Obama tended to say more than his listeners were able to hear, but Trump sticks to banal themes, uses a kindergarten vocabulary, and never makes a surprising or nuanced observation. He also knows that dialog is only a good way to advance the narrative when the required plot development is an interpersonal one. His remarks often provoke feuds, but otherwise they do nothing and aren’t intended to do anything. They are inert stylistic flourishes.

The central purpose of dialog in fiction is to communicate a sense of character, and more particularly a sense of character that is different from the substantive description of character that you get from the narrative passages. An idiosyncratic speech pattern is the easiest way to do this, but it’s a tricky business because the writer must capture that idiosyncrasy without compromising the fluidity or intelligibility of the text. Padgett Powell once gave me a rule for rendering dialect: Don’t change every word, as in, “Ah’m gon fuck ‘m uh.” Instead change one word, as in, “I am gon to fuck him up.” Trump’s “Here is a room where we have a guest room” seems to follow this rule. A simple change. You hear the man’s deep confusion, but the sentence is crisp and readable.

Dialog is also testimony. It represents the character’s own point of view, and a character seems more vivid when that point of view is at odds with the larger narrative perspective. In a way, this was part of Obama’s problem. He did not step outside the box as often as he might have done. When he was talking about policy, he talked about policy. When Trump talks about policy, on the other hand, he’s talking about Trump. He is asserting his own reality. And because his sense of himself is startlingly at odds with the evidence of his behavior, the statements of those who know him, and the facts as most people understand them, this tends to produce an illusion of complexity. He seems like a person. Thus the “outsider” reputation.

The problem with electing a president who speaks like a dimwit in a clever novel is that we don’t live in a clever novel. The cascade of idiotic remarks could start a war. But rhetorical context is as important in politics as it is in fiction. It matters that it’s a cascade of idiotic remarks, not just one or two. When we hear continually only what we expect to hear, we stop hearing anything. To put it another way: Trump is usually just reinforcing a sense of his character without adding substantively to the story that’s unfolding.

There’s a heavy dose of wishful thinking here, but my own hope is that by talking so much without saying anything, he has created a rhetorical environment in which it’s harder for him to communicate in an impactful way. Republican legislators tend to ignore his demands, and his astounding habit of tweeting about ongoing investigations now goes mostly unremarked. His lies hardly register because he is, after all, a liar. All of this amounts to a very bad problem, but it’s a less bad problem than nuclear war. Let’s hope foreign leaders are literate enough to understand that everything he says means only one thing, “I am great,” and should not be taken as an attempt to advance the larger narrative. 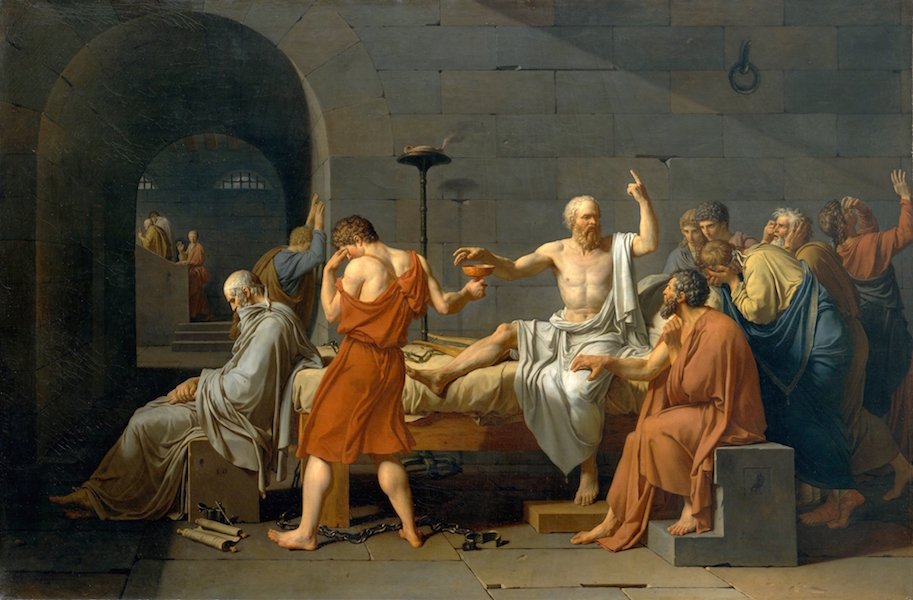