This week, the professional journalist twittersphere was thrown into crisis over The New York Times Editorial Board’s decision to publish an op-ed by US Senator from Arkansas Tom Cotton. The piece itself was a frothing desire for “an overwhelming show of force,” amidst a mélange of warmed-over consensus dreck drawing feckless distinctions between rioters, “peaceful, law-abiding protestors,” and bogeyman “antifa.” It hardly merits dissecting, but I suspect it wasn’t merely the content that has created uproar. Rather, the well-meaning liberals who populate the nation’s newsrooms seemed at a loss as to why the nation’s putative “paper of record” and bastion for #theresistence could publish something so anathema to their consciences.

Moreover, the response demonstrated that what was lost in the shuffle was a proper grasp of wider political histories. And it fails to locate an institution such as the Times in the politics of class struggle, in which it’s constantly engaged, despite the well-meaning beliefs of its editors and staff writers. I’m not so interested in the strife within the Times. I have no horse in that race, but it’s essential to contextualize the Times board’s decision and put paid to the notion that the Times is anything other than an agent of systemic stability.

It’s news to no one that the corporate media is in the midst of a deep identity crisis. Since its mid-century hey-day, there has been print media consolidation and outright shuttering, the rise of cable news, the capture of local news channels by the likes of Sinclair Media, and, of course, the car crash we can’t look away from: the 45th president. His near daily outbursts provoke endless handwringing for career journalists, who have spent several decades publicly battering Trump, to the point he actually decamped for Florida, ostensibly for tax reasons, but surely also because he was unwelcome among the elite tastemakers like those at the Times, whose approval he desperately craves. The president also makes everyone else seem hinged by comparison, including someone like Cotton.

Thus the outrage was predictable when Gray Lady’s pages were graced by a fascist fellow-traveler’s demands to invoke the Insurrection Act. An act, judging by the photos accompanying the piece, that seems as though it’s only been invoked in the name of desegregation and not for suppressing slave revolts, breaking strikes, and putting down civic uprisings not unlike the ones now on display. However, the criticism from journalists had its limits. Namely it fails to take into account the long history of liberal collaboration with authoritarians and outright fascists, as well as the Times’s less than angelic history of imperialist cheerleading contra so-called journalistic standards.

The uproar seems couched in a belief either that the Times was somehow duped by Cotton, a belief belied by the reports that it was the editorial board itself that approached Cotton and the historically dishonest selection of accompanying photos, or simply that the board’s commitment to the marketplace of ideas got the better of them this time. (According to Slate, Cotton’s piece accounts for the greatest number of Times subscription cancelations in a single hour, and is probably what cost James Bennett his job..)

These are understandable concerns for journalists and editors at the Times and elsewhere that fail to reckon with the larger class interests which the nation’s “paper of record” represents. More than anything, the Times’s editorial board is a rhetorical custodian of status quo. One in which black and brown bodies are the grist for the ever-steady accumulation of capital and Pax Americana. I’m certain that they, and their friends at the Union Club and the Vineyard, are more than a little bit nervous about the thousands upon thousands of people in the streets, confronting the state’s unilateral claim over sovereignty. A lot more nervous than they are about a Trump White House.

What the Times board saw in Cotton was a way to have their cake and eat it, too. To decry the rioting on the streets while using Cotton’s conservative bona fides to provide cover for the inevitable flack, “Look,” they say, “how extreme these views are, but, as you know, sunlight is the best disinfectant.”

This tactic is long in the tooth and meant to counter even the whiff of socialism, of people power, even if it means giving voice to someone whose preferred way of handling that threat is to call in the military. As Trotsky once observed, “The big bourgeoisie likes fascism as little as a man with aching molars likes to have his teeth pulled.” The ruling class does not prefer fascism to conservativism or even a mild social democracy. But fascism is preferable to what is happening in the streets at the moment.

Publishing Cotton is the Times’s attempt to give us a binary. Either choose Cotton’s way, with boots on the street, or our way, also boots on the street, just with failed Orwellian technocratic reforms nibbling the edges. Recall, this is the same editorial board that last year deemed the best solution to closing Rikers was building five new prisons (“good investments in a safer future”), just so long as they look more like 6-story mixed users or college dorms.

We have at the moment a situation approaching the one which Gramsci found Italy in 1924 when he observed:

At the current time it is a question of something other than the return of the constitution, to democracy and liberalism. These latter are mellifluous words that the bourgeoisie uses to mislead the workers of the city and the countryside in order to prevent the crisis from taking on its true character, that is the vengeance of the workers and peasants against the fascism that has suppressed them and against the liberalism that has misled them, and which just a few months ago collaborated or sought to collaborate… with Mussolini.

Just as liberalism proved no salve against Mussolini’s blackshirts, it has failed us here and this is what the journalists’ anger over the Times decision don’t get at. Bodycams, de-escalation, citizen oversight, naming laws after black men murdered by the police, none of these have put even a modest dent in the yearly number of police killings.

Asked how America could “cool it” in the hot summer of 1968, James Baldwin quipped, “It’s not black people who have to cool it, because they won’t… I’m not at all sure that we are the ones who are being hurt the most. In fact I’m sure we are not. We are the ones who are dying fastest.” George Floyd’s lynching is the spark that has seemingly lit the fuse of a powder keg of problems facing an entire generation. It’s this that is animating the Times and its benefactors to court calls for a military solution to street protests. They apprehend that people are alive to a global order whose gifts are pandemic, irrevocable environmental degradation, continued white supremacy, wretched job prospects, increased alienation in the name of individuality, and usurious landlordism, be it the mortgage agent, the for-profit college recruiter, or the telecom monopoly that controls your data plan. It will kill black people quicker, but it’s coming for us all. 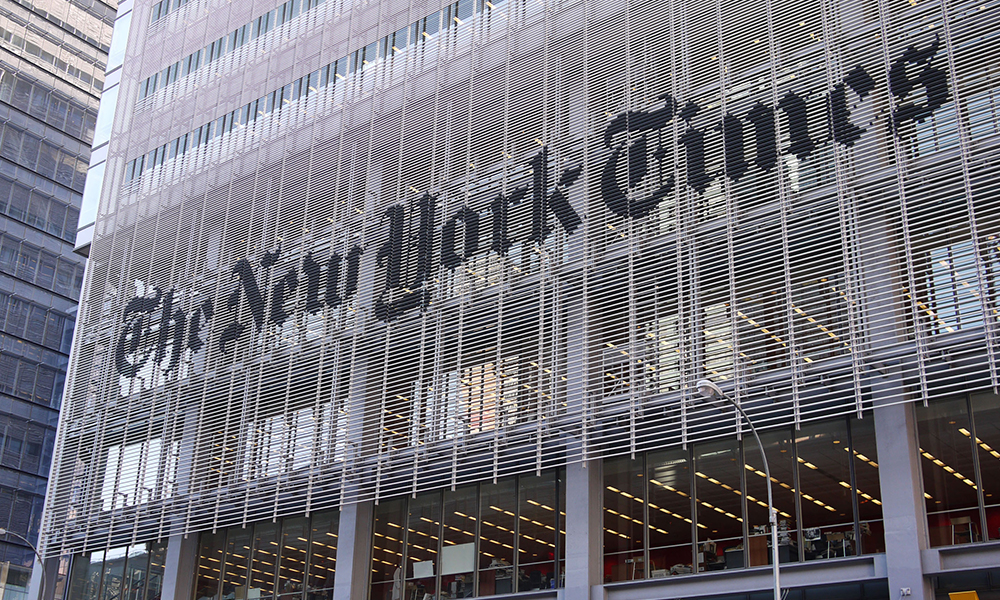