Last night, one day after the murders in Pittsburgh, Tom Lutz and I had a conversation about my new novel in front of an invited audience in a private home. I’d like to share the remarks that I began with:

After yesterday’s tragic events, when I remembered that I was going to be coming here tonight to talk about my book, the first reaction I had was: This is really not good timing. But then I thought, wait, it is actually excellent timing. It gives us a chance to come together as like-minded people and kindle a light in a dark hour. My friend Albert, who is here tonight, is a child of Holocaust survivors. My friend Sharon, our host for this evening, is in America because the challenges of being Jewish in Iran made it impossible for her family to stay there. My grandmother was one of nine children. The six who remained behind in Europe between them had 30 children. Of those 36 people, none survived the war. I suspect many of you have similar stories. So this is not new. Even the anti-Semitism in America today isn’t new. My father dedicated a great deal of his time to working with the ADL and he used to tell me what it was like to hear the notorious anti-Semitic priest Father Coughlin spewing hatred on the radio. It turns out I grew up in a gap between two bad periods. What was once seemingly vestigial, a bad memory, has become the contemporary reality. Now my children are living through this era of the new Father Coughlins, of neo-Nazis. The world can be a very dark place. So, why art? Why literature? One answer is that it shines a light in the darkness. It brings people together. Sometimes it provides beauty. But since we’re here to talk about books, let me make a case for the novel as the highest form of art, and especially so at a time like this. Wait a minute, you say: Higher than a symphony? Or a sonnet? Or a painting by Raphael or Botticelli or Chagall? Yes, and here’s why — because, at their root, the best novels, the ones that really stay with us, allow us to practice empathy. They take readers inside the heads of other individuals, allow us access to the workings of their minds in a way that plays or movies or even the best television shows cannot do. A novel can reveal the essence of another human being. Today our country is suffering from a serious deficit in both understanding and empathy. It was the extreme absence of those qualities that led to yesterday’s horror in Pittsburgh. In times like these, it is imperative that that is the message we try to get across. Understanding, empathy for others. To not talk at each other but to listen. I’m not saying literature is a panacea for the world’s ills. But I do believe it can make us better citizens. The change, if it is to come, has to start with us. Sometimes it may feel hopeless, but we owe it to the next generation to keep fighting. 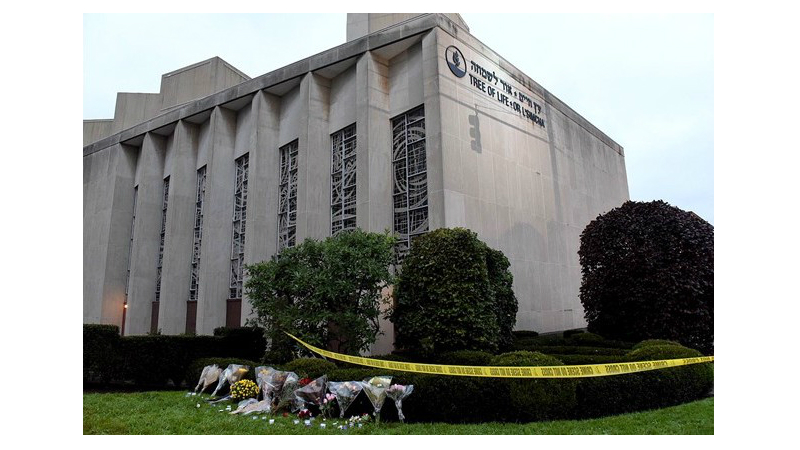