In a September interview for this publication, I was asked about my reading of Hegel as it applied to my new book, Suburbanism. I recalled when I first read him in graduate school in 2006 citing a passage that states “the Indian has no history.” The interview spurred in me a desire to return to Hegel and other theory, to see whether I had got this passage right. I wrote this essay because that was the final question I was asked and I felt like I had more to say. I turned once again to his Lectures on the Philosophy of World History as it had been translated by H.B. Nisbet and edited by Johannes Hoffmeister.

I scanned the pages, sifting through my own marginalia from previous readings, not only in 2006, but also 2011 and 2017. There were a number of comments about “the Indian,” and my own responses to Hegel, affirming both my own identity and negating his position as a dead white man promoting empire. I found the passage I had paraphrased previously for BLARB. In it Hegel stated:

It is obvious to anyone with even a rudimentary knowledge of the treasures of Indian literature that this country, so rich in spiritual achievements of a truly profound quality, nevertheless has no history. (136)

Aha! There it was, the sentence in full. I have no history! Plain and obvious for all to see — he silenced me. Here I was, a subaltern, not being allowed to speak. And so, in reclaiming my self as a historian I was disagreeing with Hegel. I said as much in my interview.

But now, I looked again, and what did I see? A phrase that lingered, one that complicated my own thesis, that problematized Hegel, trickster though he was — “so rich in spiritual achievements of a truly profound quality.” How could I have missed this in my youth? What had I held onto before? And why did this meaning matter here and now? It was not only that I would deny the nation, refuse being called Indian as if against the state or my heritage as it is legible in geo-political discourse. Nor was it that this aside in the middle of the sentence excused his conclusion as if trading away historians for prophets. It was that Hegel acknowledged our “rich spiritual achievements that were truly profound.” That might include my own.

I had passed from history to poetry in my own intellectual journey. On rare occasion, I do still, of course, write essays such as this, and, my works History and the Poet and Suburbanism articulated a theoretical practice through a critical investigation of poetry that was historicist. But now, I no longer wanted to focus on that in my writing life. I was transitioning towards being a poet in my own right. I had built a solid foundation through thinking about it for almost 20 years in a philosophical language. I still read the classics about poetry and participated in the semiotic economy of poetics. But, I also knew that Suburbanism would be the final book I set out to write on the topic. I could leave the theorizing and the criticism to those who knew. So what did it mean for the Hegelian — and Indian — in me to let go of history, or rather poetics as the philosophy of history, and truly pick up poetry?

It meant realizing the rich heritage that was everywhere I looked when I was in my ancestral home. This is not only about being more focused, of narrowing it down from being Indian to being a Keralite to being a Malayali to being from Putucurichy. It was about reclaiming poetry itself as a world worth living for and practicing in and reflecting on and becoming part of and expressing from inside out. And, Hegel could see that too. After all, even though we had no history, “it is obvious to anyone with even a rudimentary knowledge of the treasures of Indian literature” that we were “so rich in spiritual achievements of a truly profound quality.” It is obvious to the world that we have treasures and are so rich in profundity. We have qualities. We are not without quality. No wonder the British (and Dutch and Portuguese and capitalists and California tourists) set out to conquer us. Hegel says it later on, that we have “splendid works of poetry” (136) and elsewhere that “the Indians produced superb gems of poetry” (102).

I do not say all this to rescue Hegel or to become an Indian nationalist or even to grasp at the straws of the metropolitan compliment. I say it because my own reading of Hegel turned on my own lack in myself. I saw his absences rather than his presences. This was partly because of the rest of his statements, and, we cannot dirempt these from his general disparagement of colonies, including India. His acknowledgement of our poetry really is a Band-Aid on an axe wound in the Hegelian scheme. Hegel is no friend, but nor is he an easy foe. And, for me too, it means moving away from history in a meaningful way, letting go of the discipline I might have no disposition for. As Hegel states, India (and China) “have a settled existence of their own, and they play no active part in historical progress; nevertheless, they are points of departure for the processes of history” (216).

Poetry, and religion as the highest form of poetry, are what we find through the process of history. I see now the burgeoning reality of that subcontinent, not in the monolingual hegemony of the nationalists that are ascendant, but in the polytheistic heteroglossia of the ordinary citizen. To get there, I not only went through Hegel, but returned to looking at my own family as diasporic subjects that had made English into a truly Indian language by elevating it from a trader’s dialect stuck on a small wet island in the northern hemisphere to a spiritual poetry connected to countries of truly deep resonance. As my other friend Ludwig Wittgenstein claimed the Indian mathematicians had said, “Look at this!,” in Hegel I looked again and saw myself already speaking back to empire — we did have splendid works of poetry and it meant reclaiming one’s own heritage in a process of becoming as much as letting go.

And, in that letting go, I saw my own Indian bearing, which lead me to the fields of postcolonialism. This was where the Other had become so much a part of our everyday language that we now existed in a place where the word and the concept had been rationalized, reified, and misrepresented. It is often meant as a way not only to describe a relationship objectively, but ethically — to suggest that someone is being undermined in their own attempt at selfhood. This could be phrased in the way that Hegel was Othering the Indian.

Here, I will not recapitulate a history of “the Other,” as its popularization seems to have come through university-led literary theory, especially from Edward Said’s Orientalism onward. Instead, I want to map out a response to it as a poet’s journey of coming into consciousness. This is a journey that more adequately describes my own social relations to people outside my self, including those from identity groups not immediately seen as the same. For that, I have turned to Wittgenstein and his phrase “family resemblance,” something I mentioned in passing in that same BLARB interview.

Family resemblance comes from Wittgenstein’s Philosophical Investigations. He writes, it can be seen as a

complicated network of similarities overlapping and criss-crossing: similarities in the large and small… the various resemblances between members of a family — build, features, color of eyes, gait, temperament, and so on and so forth — overlap and criss-cross in the same way… the overlapping of many fibres. (Sections 66 and 67)

In other words, it is complicated. It overlaps and criss-crosses. It is small to large, from minor details to a structure no matter what that is. Wittgenstein uses a metaphor to describe these family resemblances, meaning language, by referencing the corporeal body — build, features, eye color, gait, temperament. The last quality, temperament, suggests however that this is not only physical, but also includes character and personality. It can also mean other things. Wittgenstein uses “overlap” and “criss-cross” twice, and by repeating them, one gets the sense that it is not only about the qualities themselves. It also matters how they relate. Family resemblance is not a self with its negation; rather, many fibers that come in and out of view.

From these two passages alone, the critic might then conclude that I am talking about the opposite of Othering, and instead proposing the ways in which we are similar, a way of denying difference by emphasizing a common humanism that flattened the distinction say, between, my Malayali mother and my white settler father. Here, we could then be forgiven for thinking that “family resemblance” overlaps with hybridity, a way in which all this is synthesized in a manner reminiscent of Edward Said’s fellow postcolonial theorist, Homi Bhabha. And yet, Wittgenstein also says, “his concept is not the same as mine, but akin to it… The affinity is just as undeniable as the difference” (Section 76).

The difference is undeniable, which allows us to acknowledge the Other, and yet to move towards a different understanding of the social relations in the world.

Later on he goes on to say that:

language has not the formal unity that I imagined, but is a family of structure more or less akin to one another…. The preconception of crystalline purity can only be removed by turning our whole inquiry around. (One might say: the inquiry must be turned around, but on the pivot of our real need.) (Section 108)

What are we to make of this? It does not foreclose the theoretical ground covered by ‘the Other’ even as we must note its all-pervasive use that has extinguished its specificity. And yet, it allows us to hold two ideas in our mind; both the affinity and the difference, the individual and the family; and the way we read texts and sources. It also means thinking about our inquiry across cross-cultural forms of understanding as if we were already related. It undermines the disciplinary frame of ethnography, for example, by thinking of new ways to connect.

In that way, when it comes to “the postcolonial” it might be about seeing the reality of our overlapping and criss-crossing lives as well as the autonomy implicit in the para-colonial. That everyday language use is actually held together by tongues even across English and German and Hindi. And yet, it is always in a family, not a family of self-Othering, but a family that has a way of being together, of being kin and akin. That might mean our next critical intervention is able to reach beyond its identity categories, and, like families themselves, imbue that with a complicated sense of relatedness. In this way, it is about reaching across the aisle, turning up at Thanksgiving, seeing what happens at weekend sports, and not assuming that all relations involve Others, but belong in a family that resembles a collective doing its best to belong in a world that can be as hard as ours. And seeing that difficulty, also meant thinking about my place in the world, not only as a poet after Hegel, not only in a family of resemblance after Wittgenstein, but also in a geography that was distant from Los Angeles. 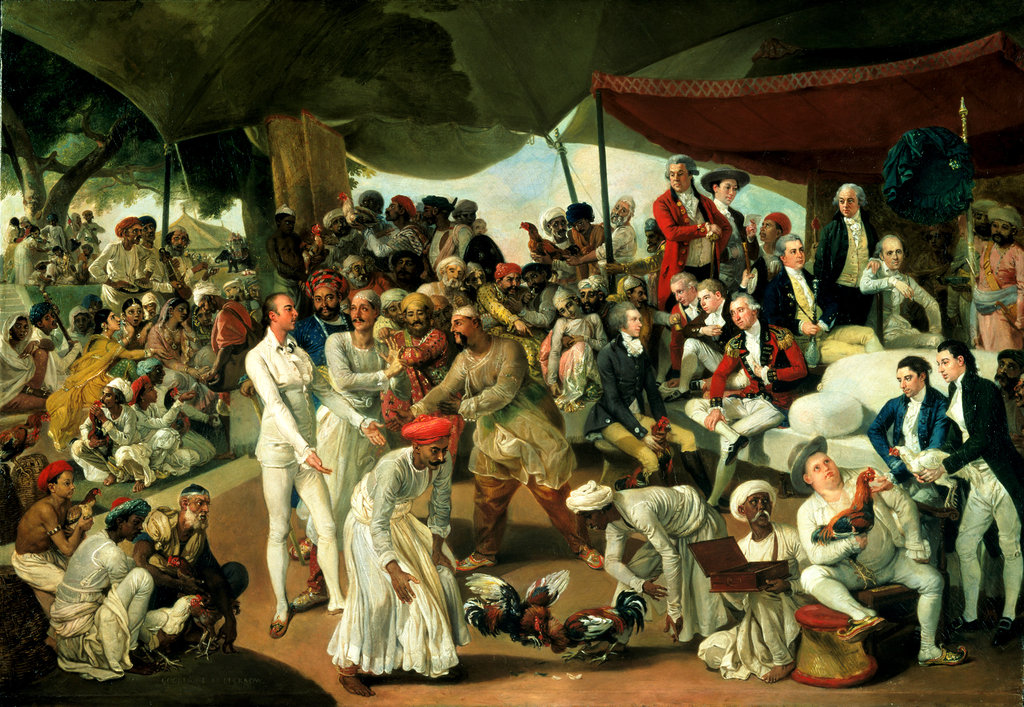