Twenty minutes in, I re-position my New Yorker tote and sit on the carpet. It takes a bit of self-conscious shuffling to bend my body into an amenable shape, making sure there is enough room between the bookshelf’s end and my knee’s beginning should the woman in the Tevas return, but at last I am sitting.

I have a significantly worse view of Maggie Nelson (none at all now, actually), who I am here at Skylight Books in Los Feliz to see. She is doing a reading of her recently re-released poetry collection Something Bright, Then Holes, accompanied by poet Ani Liebegott. It is my second time in the store, my first time watching a leaf tumble to the carpet from the large tree stretching up to meet the skylights. I begin to connect some dots as the dying takes place.

The store is crowded, like I knew it would be, and largely filled with the people I saw walking on Vermont Ave, as I circled for parking, that I pegged as Nelson-goers. I think of my 2002 Subaru snug in its temporary home along some curb blocks away, and I think I would have pegged me, too. Then I think of queer aesthetics and then Foucault and then I think I should monitor my assumptions. Ha — monitor.

I am finding it difficult to breathe, and I cannot determine if it is because all of us Nelson-goers are relying on this one tree to give us oxygen, or maybe it has something to do with my East Coast lungs not yet acclimated to air not equal parts water, or perhaps I have not eaten enough today and my run outwore my body, or, the one my neurosis is the most compelled by — a symptom of the unidentified, somewhat chronic pain in my side that after nearly seven years has recently unpacked its metaphorical suitcase and made its lengthy lease loud and clear.

All this aching, this shifting, this incorrect breathing has me thinking about my body.

The Argonauts took the literary community by storm, especially those in my circle of gender and sexuality students. Nelson tosses form out the window as she blends poetry, prose, and auto-theory together in a public exploration of her private life with husband Harry, who is trans, and their take on the nuclear family. She expresses her desires, fights the shame put on queer relationships, and, remarkably, lays bare the sometimes reluctant conditions of this fight — the messy, unstable bits of learning how to unlearn shame.

On the surface, Something Bright, Then Holes may not appear overtly political. Lacan and Ahmed are not cited in the margins, as in The Argonauts, but listening to Nelson read, the teeth are evident. Nelson reads from her collection, going from the first part about the toxic canals, about moving in with and then leaving a partner, to the second part about her friend who is paralyzed and in the hospital after a tragic accident. My sit bones are numbing to the carpet, allowing me more ample space to dog-ear my copy of the collection and follow along as Nelson reads, “Winnie, the pain / in my intestine is coming from my unconscious.” I dog-ear the same page over again when she reads: “You say I don’t have to be ashamed of my desire / Not for sex, not for language.”

This is one of the greatest gifts Nelson has given us as readers: the reminder over and over and over again, between her poetry and her prose, to not be ashamed of our desires — “not for sex, not for language.” In my obsession with my body, I begin to relax. Permission washes over me as I look across the room and revel in the knowledge that we are all here for the same reason: to see and hear Maggie Nelson. I guess that most have read The Argonauts. I myself have, along with Red Parts and specks of Bluets. I gather from this shared reading experience — falsely or otherwise — that we are people interested in liberation from shame.

I allow my breathing to be difficult and my knees to spread out wider so that my butt is less numb. I take up space, consciously, and a bit of my mind travels away from how my limbs affect others and more towards Nelson and the task at hand.

“Poetry, especially right now, is like a fuck you to time.” The room grins in its chuckling recognition at Liebegott’s claim. The explicit commentary lightens me as its jarring nature reminds me of the opening lines from Amiri Baraka’s “Black Art”: “Poems are bullshit unless they are / teeth.” My penmanship is small and slanted as my hand shakes at the urgent nature of my thoughts. I am exhilarated by the presence of teeth. In my first few weeks here in Los Angeles — specifically Los Feliz — I have often wondered where the teeth were.

I think of that phrase — “especially right now” — how ubiquitous it is these days. As temperatures increase rapidly and storms grow abundant, as Trump ramps up the Clinton-era immigration policy and detains children as their parents are prosecuted, as being Black is still a crime punishable by death, as trans rights are being cut back just as they were moving away from the chopping block. The accumulation of grief and anxiety is palpable.

For the queer subject, the future has always been a different space. When the future is situated exclusively on the family and reproduction, where does that leave those who refuse to join the heteronormative bubble, for whom that bubble is inaccessible? The body that is marked as other has always had to make its own spaces, find joy, chase desire, feel pain. The past has not been a friendly place for the queer subject; the future looks grim and blurry and unstable. But perhaps the point Liebegott is getting at is poetry’s capacity to hold new imaginaries. It is a place for the delicate to be drawn, for our darkest desires to be made bright, for time to be warped into whatever we wish it to be. The Gowanus Canal, its floating maxi pads, and its visitors — from Nelson herself to the recurring character “the man in black”— are allowed to exist and to be celebrated. The toxic canal is a site of discovery, a different kind of Walden or Tinker Creek, as Nelson herself references in a recent interview with the Los Angeles Review of Books.

I survey the room again. One woman’s arms crawl into the air and then find a brief home behind her head so that her spine can stretch. In front of me, Nelson speaks of the “freaks” at Gowanus Canal, and behind me at the counter, a phone line beeps incessantly at a high-pitch and an employee mumbles shit, audibly wrestling with the instrument. It would be distracting at any other reading, but listening to the mishap off-stage while Nelson waxes lyrical seems perfectly queer in how it is not how one might script it, not how one might imagine it, but how it is, anyway.

In her persistent resistance to shame and her written celebration of queer desire, Nelson makes possible a space for growls and aches and shifts — for all the bodily noises we work so hard to keep quiet and which we are often so afraid will disrupt a norm.

But I mustn’t distort the scene in front of me. To do so would be irresponsible and teeth-less. My comfort comes from the community created by Nelson’s writing, but it also comes from how most of the audience appears to be women or femme. They are also mostly visibly white, and as a white woman I cannot deny this affects my willingness to unbend my knees. Most folks here look a lot like me, if a few years to a decade or so older. As I revel in the loosening of the hetero-patriarchy’s shackles, I cannot help but wonder what and whose shackles I am tightening. How liberatory can a space be if it is primarily white — queer or not?

For all the teeth I feel in the room, there are plenty missing. The liberation I feel comes from mostly privileged positionality. I am in a constant state of questioning my sexuality, but I have never been in danger for that questioning or queer-tendencies; my socio-economic status, though stressful and rocky, is not dire. I am in Los Angeles for the summer because of the extreme generosity of my college’s multiple grant funds, but I am at this college because despite my lower income, I had a family that allowed me to focus exclusively on my academics and extracurricular activities, and I lived in a wealthy and white enough school district for my public South Carolina school to receive adequate funding. I had the community resources to help me fully fund a gap year before college, to hire a tutor to boost my SAT scores, et cetera. So, especially right now, it would be dangerous to pretend as if my permission to expand as a woman is not connected with my obsession for expansion as a white woman. Is that not part of the reason why Trump is in office today? Whiteness has always been about expansion. This is California, after all.

Coming from a small liberal arts college in Maine, I am familiar with the more Ivory Tower-leaning queer and feminist community that rocks the Birkenstocks and millennial pink with an off-handed Judith Butler joke always at the ready. Like the theory itself, the queer community is often co-opted by white folks. Queer of color critics, like Roderick Ferguson, Sara Ahmed, or Jasbir Puar, are far too often secondary influencers. Baraka is right — poems are bullshit unless they are teeth. But queer spaces are bullshit unless they are inclusive and accessible. Brilliant queer writers of color have underscored this time and time again themselves. As white folks in the queer community, we must question our own feeling of liberation; we must interrogate our whiteness — how is it functioning, excluding, consuming? Just as we learn how to unlearn shame, we must learn how to unlearn our body’s violence. 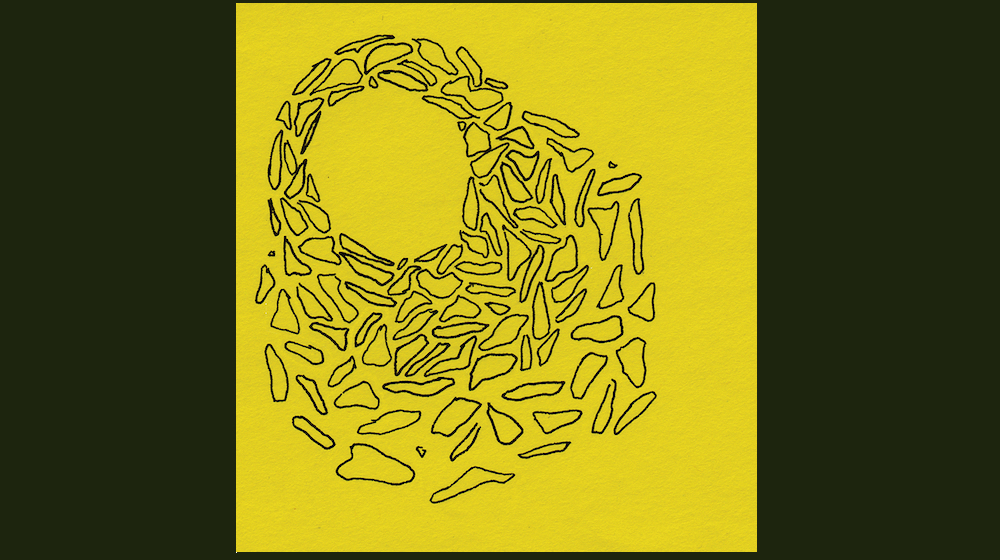