Uncle Joe. Mayor Pete. Elizabeth. Bernie. Kamala. Corey. Etc., etc., etc. There are still a lot of candidates running to be the Democratic nominee for President. A lot. Echoing the opening monologue punchlines of late-night talk show hosts, news outlets right, left, and center alike have been focusing on the most superficial facet (“there are a lot of them!”) of one of the most important elections in our lifetimes, while missing the essence of the matter: Democrats are distinguishing themselves as the party of talented, intelligent, articulate, visionary, and serious policymakers.

And yes, there are a lot of them. And that’s a problem because…?

Think back to the clown car of 2016 Republican candidates in debates that deliberately veered toward the whiz-bang lights and buzzers and flashes of a TV game show, with the “contestants” displaying an embarrassing lack of substance in policy and knowledge about the US government itself. Some ended up serving in cabinet posts and high leadership positions in the current administration, even in departments they had expressed an open disdain toward as candidates. Collectively, their “ideas” were stale and predictable: less regulation, lower taxes, more privatization, smaller government, healthcare vouchers, school vouchers, and a return to the Good Old Days (that never existed).

By contrast, this year’s field of Democrats have proven themselves an extraordinary bench of serious policymakers, with a range of viable ideas on how to transform the nation into an economy — and a society — that works for all. There are more moderate flavors as well as some bold, progressive proposals, but all of these candidates have had something to offer and thoughts worth listening to. Even candidates who never had a chance to win the nomination have added useful arguments to the conversation. One could easily draw an all-star cabinet from the ranks of today’s prominent Democrats: Elizabeth Warren or Joe Biden as Secretary of State, Kamala Harris as Attorney-General, Jay Inslee as EPA Administrator, Tim Ryan as Secretary of Energy, Corey Booker as Health and Human Services Secretary, Bernie Sanders as Secretary of Labor, Julian Castro as CIA Director, Beto O’Rourke as HUD Secretary, Pete Buttigieg as Director of National Intelligence, Tulsi Gabbard as Secretary of Defense, John Hickenlooper as Secretary of Agriculture, Steve Bullock as Secretary of the Interior, John Delaney as Treasury Secretary, Michael Bennet as Commerce Secretary, Amy Klobuchar at Veteran’s Affairs Secretary, Kirsten Gillibrand as Secretary of Education, Eric Swalwell as Transportation Secretary, Andrew Yang as Office of Management and Budget Director, Tom Steyer at the Small Business Administration. And that’s just one of many possible “dream” configurations.

There’s a facile conventional wisdom among pundits that Democrats lack a “star” to coalesce behind, which is presumably why the safe and familiar choice of former Vice President Biden is still the preferred one, despite a diminishing lead. But the real story here — and the one that the candidates themselves and the media should be promoting — is that regardless of who ends up at the top of the ticket, if America puts its faith in the Democratic party, there’s a plethora of talent and intelligence ready to finally transform the system into one that works for the greater good rather than just for the privileged few.

They have ideas, lots of them. Overhauling healthcare, whether via a public option or Medicare for All; rethinking the education system, whether with loan forgiveness or free education; restructuring the economy, whether through wealth taxes or a possible universal basic income; fixing a broken immigration system, whether through a path to citizenship or decriminalization of border violations; repairing our alliances around the world while extracting our young men and women from needless and endless wars; saving the next generation and our planet through a comprehensive and immediate approach to climate change.

These are massive undertakings that will require a team of the best and the brightest. Luckily, one party is emerging as the source of the right people to comprise that team — a team of rivals to rival any. Doris Kearns Goodwin argues that Abraham Lincoln’s genius lay in his ability “to form friendships with men who had previously opposed him; to repair injured feelings that, left untended, might have escalated into permanent hostility; to assume responsibility for the failures of subordinates; to share credit with ease.”  A team of allies is an inspiring idea that all Americans can get behind, so let’s start talking about that, not about how many candidates we can fit on a stage, or how much money each can raise. Let’s talk about this extraordinary pool of talent, and how they all can work together. Imagine if Elizabeth Warren said, “I look at this stage and I see a remarkable cabinet for whichever of us is given the awesome responsibility of the presidency,” and everyone on the dais agreed. The American people would as well. 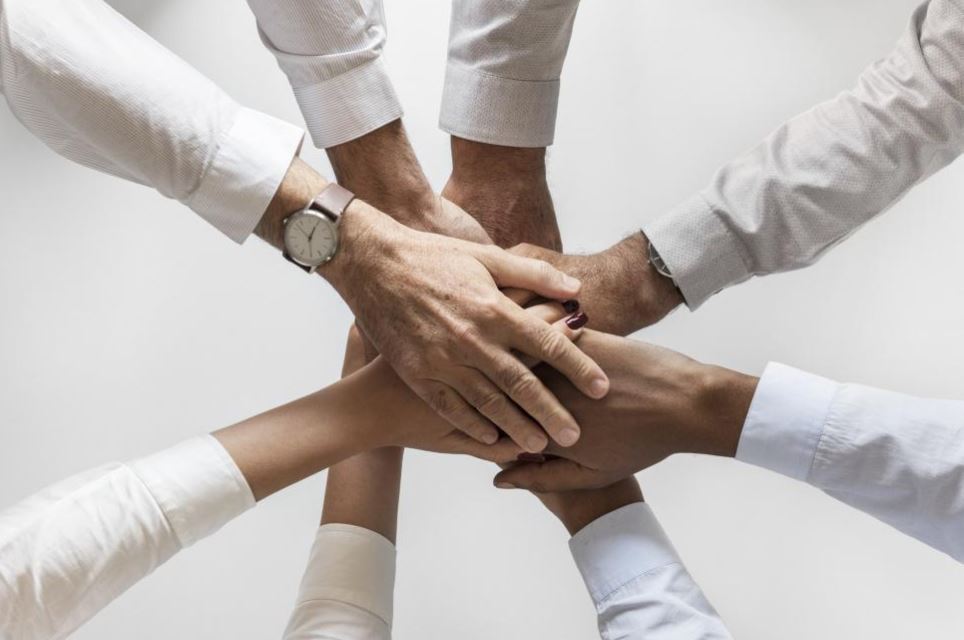