“Should this book one day be published…” So began a dedication that, seventy-five years ago in Nazi-occupied France, the renowned French historian Marc Bloch inscribed in a small book he was then writing. As it turned out, the book — The Historian’s Craft — was published, but posthumously, and unfinished. Shortly after he wrote the dedication, Bloch joined the resistance. Captured in 1944, he was tortured and executed by the Nazis scarcely a week after the Allies landed at Normandy.

This somber anniversary falls at an awkward moment in our own history. This summer, a group calling itself Historians Against Trump published an “Open Letter to the American People.” The signatories, warning against the “exceptional challenges” that Donald Trump’s candidacy “poses to civil society,” cited their “professional obligation as historians to share an understanding of the past upon which a better future may be built.” Critics quickly pounced, most notably the literary theorist Stanley Fish who sought to deconstruct the historians’ claims. Not only did he slam the letter-writers’ hubris, but also chuckled over the letter’s claim that historians are uniquely placed to carry the lessons of the past into the present. The historians, having gussied up opinion as truth, had demonstrated once again “how little they understand the responsibilities and limits of their profession.”

The fires stoked by Fish’s column continue to burn, throwing a sharp light on the debate’s central question: What is the use of history? This question, with which Bloch begins his book — whose original title in French, tellingly, is In Defense of History — remains, today more than ever, the central question for those whose livelihood is the writing and teaching of history. Despite Fish’s effort to dismiss our relevance, historians occupy a special place in this election season. Though a deconstructionist would demur, this election season in particular reminds us, as the late Daniel Patrick Moynihan observed that we are entitled to our own opinions, but not to our own facts.

My students invariably ram home this distinction between facts and opinions. It bears, in part, on the questions they ask about the character of past events or individuals or the evolution of political institutions or cultural traditions. But the classroom’s importance in maintaining this distinction is also apparent not just in their questions, but also in their way of life. My kids step into class fully wired: hooked up to the postmodern equivalent of IV treatments, they all carry electronic devices in their hands and white buds in their ears. Their lives bathe in the sea of social media, and while I ask them to unplug once class begins, I cannot pretend to wring them dry of all they have absorbed.

This presents a challenge. Shortly before the start of World War Two, with much of the world cast in the shadow of fascism and communism, another French intellectual, André Gide, concluded that “mere amusement of the intelligence” was no longer permissible. While the shadows we are now living under as not as sinister, they nevertheless seem dire enough. And yet, “mere amusement” is one of the few means by which my students approach events. Whether it is Comedy Central or YouTube, the fission of memes across the social media or fusion of entertainment and news on cable networks, amusement is the prism through which my students gaze at politics. While Fish enjoys swimming in such waters, historians rightly worry about the riptides.

It is here that Bloch’s defense of history offers a bridge between past and present, our students and our selves. It is, to be honest, a bridge that some historians might not wish to cross. In a Fishian echo, Bloch urged his fellow historians to shed their “false archangelic airs.” Switching metaphors, he also noted with regret that the historian had become “a sort of judge in Hades,” content to praise or damn dead heroes. Explanation was not the same as judgment, he warned, and understanding the past (or present), and not placing it on a scale, is the historian’s sole task.

But it is also a bridge too far for the Fishes. The historian’s craft, Bloch argued, is unlike, say, that of watch or cabinet making. Instead, he suggested, it is “an endeavor toward better understanding.” Fundamental to this endeavor is the use of comparisons. Not only did he reveal how powerful the comparative method was in his landmark study of feudal societies in medieval Europe, but he also employed it in his last completed work, Strange Defeat. By shifting between past and present events and sifting documentary sources, Bloch presented an explanation for France’s military defeat in 1940 that remains unsurpassed.

As for the impending defeats and victories come November, historians inevitably have their opinions — opinions that have no place in the classroom. But historians also have a certain skillset and sources of knowledge (though rarely wisdom) that belong in the classroom. No less central to the classroom is Bloch’s method. If, as he writes, “there is no true understanding without a certain range of comparison,” primary sources from other eras can deepen comprehension of our own era. These sources can be rooted in recent and familiar events like our Civil Rights movement or Lincoln’s Gettysburg Address, or as distant and unfamiliar as ancient Greece and another defense, this time Plato’s Apology. Not only might it spark discussion about the tendency of professionals — one betrayed by historians no less than deconstructionists — to profess about subjects they know nothing about. More important, it might remind students about the essence of dialogue — that it is open-ended and provisional — and the nature of Socratic irony: the joke is not on his enemies, but ultimately on those who believe they are his allies. By the same token, Thucydides’ account of the rise and fall of Athens offers not, as political theorists tend to believe, a textbook on geo-political strategy, but instead a study of the potentially tragic nature of democracy. What might our students not find in comparing Pericles’ Funeral Oration to the Melian Dialogue, or comparing the language used in those passages to how political language is used today?

Marc Bloch did not live long enough to finish his defense of history. The manuscript breaks off in mid-sentence: “In history, as elsewhere, causes cannot be assumed. They are to be looked for…” Though he was discussing the nature of historical causation, his final words also go the heart of the historian’s vocation. It is not our task to tell students why, much less how they need to vote in a month’s time; instead, as Bloch reminds us, our duty is to encourage students to think through their own responsibilities by comparing various texts from different eras, combing through them in order to remove the chaff from the wheat, and conversing about the possible meanings and implications. This position might prove too modest for the open letter authors, too hubristic for its critics, but in the end, as Bloch wrote, “it is the business of the reader to decide whether the historian’s trade is worth practicing.” 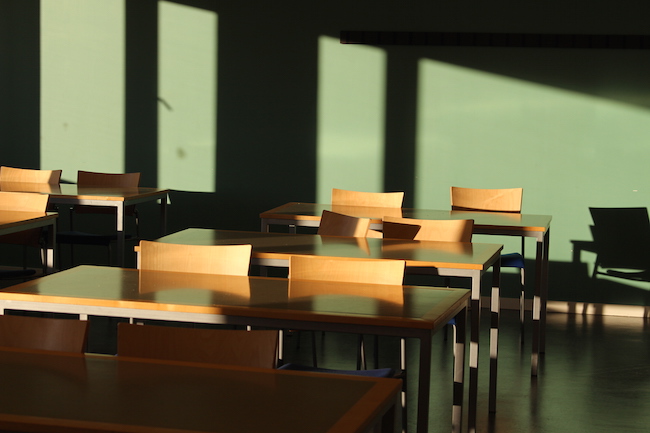