So, here’s the thing: this is not going to get better anytime soon. And there comes a point when you are lost so deep in a dangerous forest that as night approaches it becomes necessary to think not only about rescue, but also of shelter and survival. This is not defeatism — I’m not suggesting we stop fighting the good fight — on the contrary, we need to go the full Churchill here, and “fight on the beaches […] fight on the landing grounds […] fight in the fields and in the streets,” and, above all, to “defend our Island, whatever the cost may be.”

But we have to face this long struggle, between what Reinhold Niebuhr described as the children of darkness and the children of light, with the understanding that the children of darkness currently have the upper hand, and may hold the reins of power indefinitely. Because the problem is not that Donald Trump is president. Yes, he is an ignorant, narcissistic, morally bankrupt, instinctively-authoritarian racist whose dumpster-fire diplomacy will leave us exposed and vulnerable on the world stage.

But Trump himself is almost beside the point. Why we are where we are — at the brink of a new Dark Age — is not because we are in the hands of this malevolent huckster. It is because despite all of his unprecedented, decency-shattering transgressions, one on top of the other, and in the face of routine revelations of staggering malfeasance that leave Spiro Agnew looking like a choir-boy, he retains the support of a large and critical mass of the American public. The fault lies not with our train wreck of a tin-pot President, but in the ruin of our society — a problem whose depths were exposed not when Trump won the general election, but revealed by his stunning, steamrolling capture of the Republican nomination. You can make the argument that frustration with out-of-touch Democratic elites allowed a squeaker of an election to slip from their hands, but Democrats had nothing to do with the jaw-dropping spectacle that was the self-immolation of the Republican Party. Our country’s crisis is rooted in a deep-seated social-cultural pathology, one that is much more troubling, and dangerous, than its noxious symptom.

If this, then, is what America has become, what are we supposed to do? First and foremost, it is necessary to recognize the stakes of this struggle. This is not an issue of left versus right. (Trump is not remotely a conservative — he is a faux-populist nativist white-nationalist.) This is a millennial contest between liberal civilizationalists and cult-of-personality authoritarianism. Black and White. Right and Wrong. It can be hard for people who consider themselves sophisticates to grasp this simplicity and steel themselves to act accordingly. In my case, for example, as a professor of international politics, I spend most of my time preaching nuance, complexity, and perspective. In general, to evaluate international conflicts, it is necessary to see both sides of an argument, how the same events can be understood from contrasting points of view, and to recognize and process the plausible merits of each. Similarly, in crafting foreign policies, the best choice is rarely shiny and obvious, standing out from foolish and wrongheaded alternatives, but rather requires sifting through a number of compromised, imperfect options, well aware that advocates of a different approach may be right. As the extraordinary thinker Raymond Aron once explained: “It isn’t every day that a Dreyfus affair allows you to invoke truth against error.”

But sometimes it does. And this is one of those times. It is therefore crucial to overcome the comforting instinct to normalize, and the laudable counsel of qualification. This is an existential crisis between the enlightenment and absolutism, one that we in the West thought had been settled by 1945. Given these stakes, the first thing to do is set aside normal politics — those quarrels are now a side-show. With luck, there will be plenty of time in the future to argue over the appropriate marginal tax rate; until then, the common defense of civilizational values must take precedence over policy disputes. This, too, does not come naturally. Conservatives of principle have been asked to do something that sounds straightforward as rhetoric but is actually daunting in practice: to put country ahead of party. Those of us who commonly vote Democratic have not (yet) been tasked with this responsibility (but it would be naïve to discount the possible emergence of illiberalism from the left) — and we should welcome those principled souls who have done so to aid this epic struggle, and appreciate and applaud the nobility of their sacrifice. Even those with whom we have spent decades in pitched disagreement.

And with all possible allies, we must defend our island — which, if it is in minority dissent, as I think likely — will be something of a scattered archipelago, one that will host a new counterculture dedicated to keeping the lamps of civilization alive, so that it can reemerge if and when these new dark ages run their wretched course. There are historical precedents for such efforts. Subcultures of artists and intellectuals under communism in Eastern Europe, for example, tended to modest embers under starkly oppressive conditions for more than four decades; we would do well to learn from these and other experiences.

But defending our island means, above all, preserving the shared values of civilization. Primary among these is a commitment to rationality, to truth, and to the free expression of ideas. The authoritarians will come, as they always do, for those who express ideas that deviate from the party line. It will be necessary to be vigilant against threats to, and race to the defense of, the most important outlets of such expression: the media, the arts, and the universities (all of which, along with, for some reason, psychotherapists, are among the first groups targeted for terror by neo-fascists). This will at times require some gritted teeth — as the old cliché goes it is only unpopular speech that needs defending, and that can be a real drag at times. But annoying expression is an inescapable part of the price to be paid for freedom of expression.

A second line of defense is to reject tribalism in all its forms. To judge every individual as Martin Luther King hoped we would, not “by the color of their skin, but by the content of their character,” — and to hold others to this standard when they are judging us. And while we’re at it, let’s insist on considering each case on its individual merits, on waiting out the thoughtful deliberation of due process before drawing conclusions, and renounce the notion of guilt by accusation or affiliation (again, the rejection of all three of these tenets are the hallmarks of authoritarianism). We are not mobs. The internet and social media empower those who are disposed to pick up torches and pitchforks, and it may be that the great American experiment in self-government has not survived contact with Twitter. So one final piece of advice — let’s be a little wary of the internet, and when staring at our screens, follow Lou Reed’s admonition: “don’t believe half of what you see, and none of what you hear.” Lou wasn’t screaming “fake news”; on an album appropriately called New York, he was reminding us to check the facts, and not get taken.

But much of the country has been taken. Our island is at risk, and cult-of-personality authoritarianism — perhaps the most un-American form of governance imaginable — is on the rise both at home and abroad. We can fight, and we should fight, and we must look to protect the marginalized and the vulnerable — the forces of oppression always come for them first, and work their way inward from the margins. But we must also tend to the lamps of civilization, and keep them burning.

I was never a big fan of Ted Kennedy, but he was at his best in low moments. His funeral oration for Bobby set the standard, but it is his concession speech at the 1980 Democratic National Convention that points the way forward now: “The work goes on, the cause endures, the hope still lives, and the dream shall never die.” 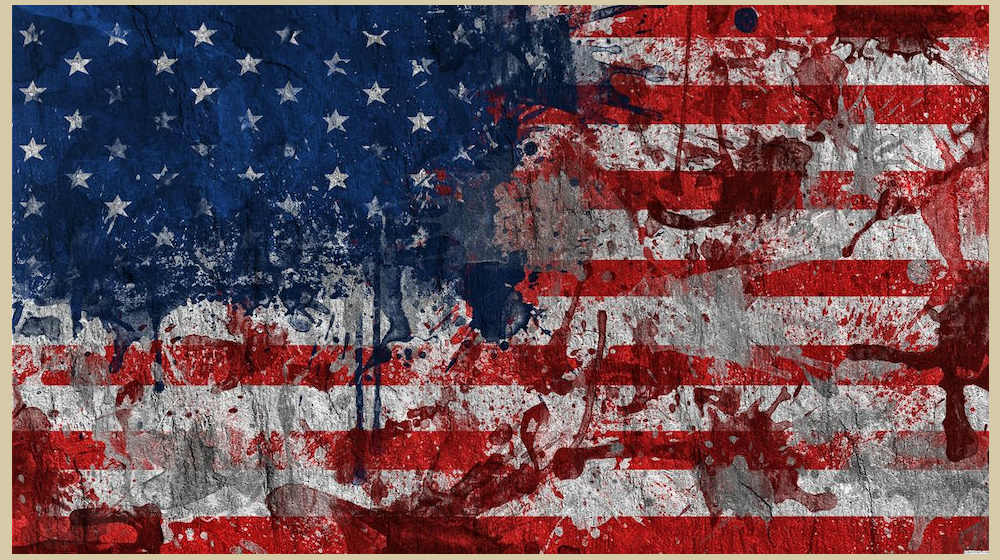