“Mrs Dalloway said she would buy the gloves herself.”

Woolf’s writing process fascinated me when I found one of my short stories, “Where Do Dreams Disappear?” which was published in ElevenEleven in 2011, growing larger than the boundaries I had set for it. Following the lives of two young girls, one of whom who is forced to marry her best friend’s father, I realized the story did not just stop there. Their voices kept coming back to me, urging me to dig deeper into their stories and I knew I had to take it up and paint a larger canvas of their narratives.

According to author and senior lecturer of creative writing at Kingston University James Miller, “a short story is almost always a distillation of the elements we find in a novel: it intensifies character, location and event; it compresses time and narrative arc.” So could a short story sometimes work to catapult a character or theme into a larger piece of work? Is the short story a seed that can grow into a novel? Does writing a series of short stories provide research and study into the writing of a novel?

A short story can explore a single moment or action, as does Woolf’s “Mrs Dalloway in Bond Street,” which is a stream of consciousness written very much in the present. We, as readers, are walking along with Mrs Dalloway, through the busy streets of London, pausing for “Durtnall’s van to pass,” looking at the books displayed in Hatchard’s bookshop, admiring Lady Bexborough, sitting upright and alone in her carriage until we reach the destination in Bond Street. This story was a minute character study of Mrs Dalloway that helped Woolf develop the novel in the style that she did. It is interesting to note that a clutch of seven short stories, put together as Mrs Dalloway’s Party: A Short Story Sequence formed the genesis of two of Woolf’s novels: Mrs Dalloway, and To the Lighthouse. In the introduction to the collection, editor Stella McNichol says that these stories were written by Woolf “either as parts of the novel itself, later to be rejected and to swim free as independent stories; or as alternative parallel expressions of Virginia Woolf’s ideas.”

Woolf used method of listing down “ingredients,” much like a recipe that listed ideas. She used the short story form to study her characters closely, and consequently they would appear in the novel, set in similar situations that she had already explored with those characters. She called this process “tunnelling” in her diaries, where she would dig out “beautiful caves” behind her characters, to study their qualities of “humanity, humour, depth,” going very deep into the character’s sensibilities, all merging finally so that “the caves […] connect and each comes to daylight at the present moment.”

In her working notes for Mrs Dalloway in the Berg manuscript, Woolf wrote: “This is to be a short book consisting of six or seven chapters, each complete separately. Yet there must be some sort of fusion. All much converge upon the party at the end.” Although the published novel did not turn out exactly as Woolf had initially planned, they were the seeds from which Mrs Dalloway came into being.

Examples of Woolf’s ideating and processing, the listing of characters and events, all show her thoroughness in eking as much as she could out of the creative process to inform her stories. Here, the list of ingredients for To the Lighthouse, written in her diary on May 14, 1925 shows:

This is going to be fairly short: to have father’s character done complete in it; & mothers; & St Ives; & childhood; & all the usual things I try to put in – life, death & c. But the centre is the father’s character, sitting in a boat, reciting We perished, each alone, while he crushes a dying mackerel …

And then she wrote the short stories that followed her “recipe.” These were completed by June 14 and consequently she felt she had “thought out, perhaps too clearly, To the Lighthouse.”

Discussing the evolution of a contemporary novel through a short story, I became interested in Carys Bray’s approach to her debut novel. A Song for Issy Bradley contains a chapter that was originally the short story “Scaling Never” from her collection Sweet Home. This is where we first meet Jacob and Issy, siblings belonging to a Mormon family. This story springs from a moment, when the two children discover a dead bird at the bottom of the garden. They give it a proper burial, with a prayer and a song, and this moment is juxtaposed with the real funeral, Issy’s funeral, where Jacob watches with pain as his sister is lowered into the ground. Jacob wants a miracle to occur, for Issy to rise from the grave. And as if to prove his point, he digs out the dead bird in the garden, almost sure a miracle will make the bird come alive, but only to find its skeleton and a realisation that neither the bird, nor Issy, will ever come back to life again.

Carys Bray talks about the process of writing A Song for Issy Bradley, which echoes Woolf’s short story writing exercises off of which she modelled her novels:

I had been thinking about the characters and the storyline for some time and so I started writing the novel as soon as I’d written the story. In some ways the story was a trial balloon: can this work, does this idea have legs? I was happy with the story so it made sense to attempt to write the novel.

In the Bridport Short Story Prize-winning “Arrividerci Les” by Kitty Aldridge, we are invited into the world of 24-year-old Lee Hart, a trainee funeral director. Here, the short story’s role was primarily a writing exercise to help Aldridge focus on the main theme of the novel, A Trick I Learned from Dead Men. In an interview in the Guardian, she said that she was struggling with the novel and she decided to step away from it to write a short story, following Woolf’s tunnelling process, to really find the character she was writing about.

I was writing the novel and I was struggling. It got to a stage where my confidence was at an all-time low. Quite desperate. And I thought I would try it as a 5,000-word short story in order to discover what was important. That helped enormously, because that severity of editing revealed the bones that needed to be there. In fact, Lee’s voice arrived during the construction of the short story. I recognised it immediately. Once I got the rhythm of his sentences I knew I had him.

These techniques helped the writers in writing their novels immensely, but these short story “exercises,” or as Bray says, “a way of trying on voices,” were also successful in their own right; that they did not remain in the shadows of the novels.

Once again, Woolf emphasises that with the completion of Mrs Dalloway, she would be free. “Free at least to write out one or two more stories that have accumulated.” She could not pinpoint these stories specifically as stories that she wanted to publish, but more of an exercise of “grazing” on her own ideas and “getting a tolerable shape for them.”

“What I did in my Summer Holidays” is a short story by Paul McVeigh that was written 15 years before the publication of his debut novel, The Good Son. The character of Mickey Donnelly, who we meet in the short story, has a distinct voice and the promise of a coming-of-age theme that could be worked on a larger scale. McVeigh says about Mickey:

I had a lot to say about Mickey and in his voice so he had to be the subject of a longer work. Mickey evolved over time. If Mickey was a version of myself as a boy when he first spoke, through each subsequent draft of the novel he became his own person. Mickey is funnier, smarter, and more resilient than I was.

This boy from the short story stays true to his voice in the novel. But the storyline, plot, and setting changed dramatically — almost completely — and for McVeigh, Mickey became the starting point from which he would embark on his novel. In the way that Woolf’s Mabel Wearing recalls the Easter holiday by the sea in “The New Dress,” describing the beach, the shouts of delighted children paddling in the water, the “melody of the waves,” and these recollections inspired the beginnings of To the Lighthouse, Mickey’s story is reflected upon towards the end of the novel, where we see glimpses of the short story and its influences in the novel.

The writing of short stories that feed into a novel, as part of or as inspiration, is an exercise that clearly has benefits to the writer and the reader as well, who gains these gems, to be read and enjoyed in their own capacity. The fact that these short stories go on to inspire great novels like Mrs Dalloway and To the Lighthouse does not lead Woolf to believe they are inferior to the novel in any way — they work beautifully in their own right. Any writer would be satisfied to achieve what Virginia Woolf said she aimed for in her stories: “Suppose one can keep the quality of a sketch in a finished and composed work? That is my endeavour.”

After Woolf completed Mrs Dalloway, she returned to the original short story and re-wrote it as the opening of the novel. Studying my own notes for building up my short story into a novel, I have already written a series of letters between the two friends, mentioning events that affect their lives. Will I use these letters in the final draft? I do not know. But certainly, this exercise has given me direction, a deeper understanding of the minds of the two characters. The technique of writing in a stream of consciousness takes me into the here and now of these characters, allowing me to get into their skins. These letters hold their own as short stories and also provide the scaffolding to support the novel.

Virginia Woolf’s short stories and diary entries about her writing process have given me a window to look through and find unique techniques to explore writing the novel. But also, it has made me look at the short story in a whole new way. It is a tool that, handled skilfully, can open doors previously closed. A writer can gain confidence in their experimentations; it can show the writer the way through the core of the novel. It gives the writer their voice and confidence. As Virginia Woolf says in her diary dated July 26, 1922, and this I will pin to my desk and I set out to write out that novel:

There’s no doubt in my mind that I have found out how to begin … to say something in my own voice; & that interests me so that I feel I can go ahead without praise. 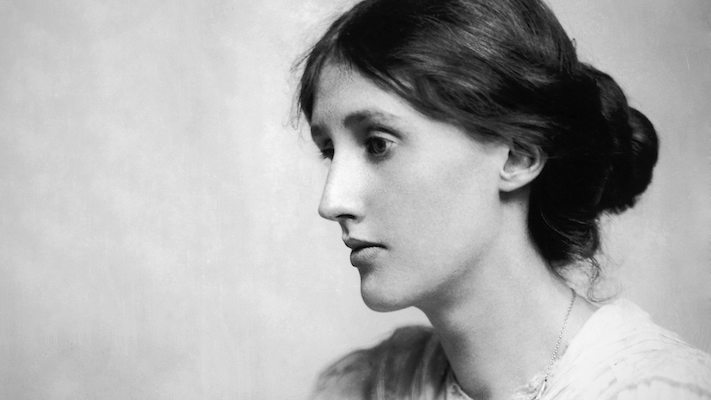