When my friend texted me last Thursday and said, “you’re a shithole!” I knew he wasn’t just volleying our normal, sarcastic banter. I really was a shithole. The President had said so.

Well, I’m a “shitholer” to be exact. Someone from a country the President deems a gaping pit of excrement. I am not from Africa or Haiti, but, like most immigrants in America, I was swept into Trump’s frenetic rant on immigration during last week’s bi-partisan meeting on DACA. Why would we want Haitians and people from Africa here, Trump had asked, “these people from shithole countries”? Trump then went on to say he’d prefer if all immigrants came from Norway — the white supremacist utopia of a pristine, white nation uninfected by foreigners — which was his not-very-hard-to-crack code for “basically, I think all non-white countries are shitholes.”

Trump denied saying any of this, of course, and our politics has since devolved into nomenclature distinctions between shitholes, shithouses and shitshows. But Trump’s not fooling anyone. Not even his base. After years of hearing him make blatantly racist remarks about various non-white immigrants, calling them rapists, saying they all have AIDS, that they’ll never go back to their mud huts, it comes as no surprise that he would view any non-white country as a primitive wasteland, the immigrants who hail from it barbaric, low-educated criminals who strain the American economy and wreak havoc on society and should therefore be kept out.

As shitholegate reverberated around the world, people have taken to social media to express their outrage, but also rebut Trump’s stereotype of the troublesome immigrant. Historians and social scientists have offered statistics and analyses of the success rates of African immigrants, many of them pointing to Census data showing that almost 44% of African immigrants have a college degree, compared to 29% of immigrants from Europe and 23% of Americans, and that Nigerians have household incomes above the American average.

Immigrants from countries like Ecuador, Bangladesh, Iraq and Vietnam have joined the discussion to proudly declare “I am from a shithole country” and use hashtags like #iamashitholer to say they are honors students, physicians, nurses, teachers, scientists and business owners. They are White House staffers. They have two Master’s degrees, a PhD, published three books, speak four languages, built a Fortune 200 company and never took a dime in welfare. They work hard, achieve success, pay their taxes, and are productive, valuable members of American society.

As my parents came from Pakistan, surely a consummate shithole country in Trump’s estimation, I understand the impulse to defend ourselves and appreciate the efforts of non-immigrants in defending us as well. Immigrants are constantly scrutinized and criticized. We are called “these people” to be reminded of our perpetual outsider status.

Being an immigrant means paying off a lifetime debt. The lofty, whimsical concept of The American Dream is less aspirational and more transactional, as success is valued as evidence for deserved citizenship, rather than as personal fulfillment. We have a moral obligation to succeed — to prove to America it made the right choice to let us in. And we live every day primed to offer that proof, usually in the form of showing how many degrees we have and plum jobs in practical fields such as law, engineering and medicine.

But in our understandable need to prove Trump wrong, to prove this notion of the burdensome immigrant wrong, to prove to him and others like him how successful we are, we unwittingly perpetuate the very paradigm through which he assigns value to non-whites: their productivity.

To Trump, the only minority of value is a high-achiever, a high-producer. Someone, he tweeted, who will “take our country to the next level.” Someone who will “grow our economy.” Anyone not reaching this bar does not deserve to be let in, to be called American, and, as demonstrated by Trump’s non-shithole related racist comments, is unworthy of fundamental respect and dignity.

Other Americans, and by other I mostly mean white, are unburdened from having to meet such standards. They have nothing to prove, no requirement to “take our country” anywhere or help “grow our economy” for citizenship. Their worth is innate, fixed. If they are underachieving, undereducated, and unemployed, the heaviest users of welfare, they are still good Americans, and Trump will gladly help them even more. Their value is not only retained, but under Trump’s paradigm, the inverse is also true: the worse off they are, the more “forgotten” they are, the higher their value.

Every time we tout an immigrant success story, we perpetuate the notion that immigrants must outperform white America to justify our presence. And by tying achievement to an immigrant’s value, we participate in devaluing those immigrants who have not achieved.

What value do we assign a barely literate asylum-seeker with no credentials trying to escape an oppressive regime in his home country? What value do we assign immigrants living in poverty, who have trouble keeping low-wage service industry jobs, who need food stamps and housing assistance? Since immigrating to the U.S. in 1976, my family has earned MDs and PhDs and we hold down stable, well-paying jobs. But in the beginning, we were poor. My father worked at Radio Shack. We were a family of six, stuffed into a one-bedroom apartment, that he could barely support. I ate subsidized lunches at school. We were nothing to tout, nothing to prove Trump wrong. Were we less worthy of being in America during that time, of being called American?

When did we become so fixated on achievement for immigrants? When did “Give me your tired, your poor, your huddled masses” turn into “Give me your PhDs, your neurosurgeons, your top-performing telecommunications sales executives”?

Of course we want doctors coming to America. Of course we want high achievers, hard workers, people who are enterprising, productive. But there is also value in the immigrant taking a low-wage job that native-born American’s don’t want (as Trump knows well). There is also value in giving someone fleeing a war-torn country a safe home. Or just the value in — have we forgotten this — diversity and pluralism. By broadening our view of who is worthy of living in America, and reconfiguring the system with which we assign them value, we tear apart Trump’s caustic, shithole of a paradigm and put forth one that is more equitable, welcoming, and fundamentally American. 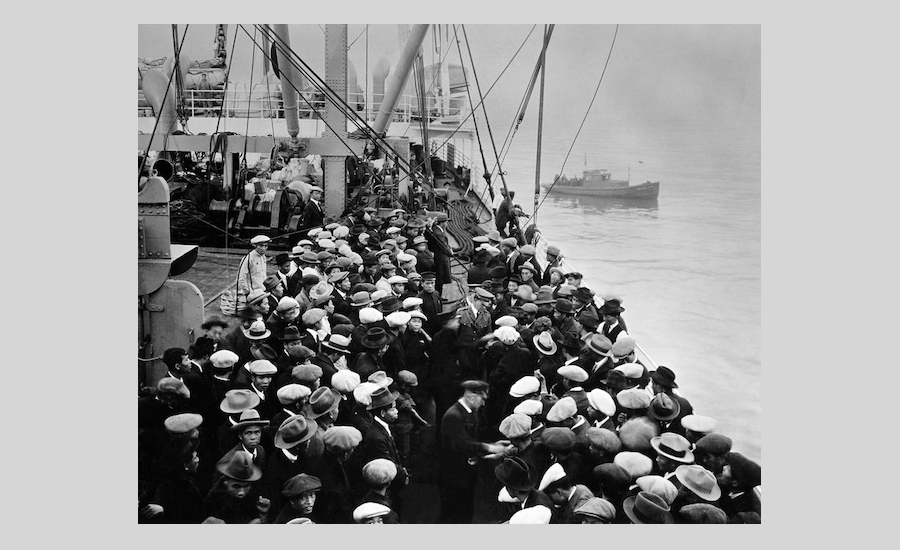