Dear editor: Do you ever consider what it’s like for an Arab American to wake up within his or her own American life and feel assaulted almost daily, for decades? Do you ever think how painful it is for so many like me to know that I live in a country — my country — which sees me only when I’m dead or dying, through the Arab body that is directly and indirectly decimated as consequence of our American wars? If you did, your sympathies would be less of a token. They would not be afraid of my agency. Necropolitics wouldn’t be your default mode. You would seek to publish and review, unapologetically, unflinchingly, and lovingly the works of Arabs as beauty, not as product of wars and death. This is the task ahead: The Arab is beautiful. Repeat it to yourself.

It would be a mistake to read my words here as an act of shaming Literary Hub for publishing a blatantly orientalist, offensive piece: Adam Valen Levinson’s “The Fine Art of Learning to Say Nothing in Arabic.” This piece of travel journalism — an excerpt from a book published by W. W. Norton — is plagued with stereotypes. To be fair, the editors at Lit Hub responded in private to the mini-storm on social media with prompt apology and promise of “redress,” the peace offering the powerful often extend to the assaulted. They were also quick to point to their history of publishing pro-Arab pieces or, more to the point, pieces about Arab suffering and humiliation — that is, pieces wherein the Arab remains, with an air of inevitability, outside modernity, outside beauty.

The repulsive Levinson piece, a blip on the radar of progressiveness, slipped through the enormity of submissions, undoubtedly aided by a publishing house’s powerful connections and the like. The piece is part of a wider symptom in American letters and their participation in culture-making and reification. The poetry world is no exception. The journalist-poet whose specialty is travel writing in Arab lands always manages to tell us how the Arabs (Syrian, Lebanese, Palestinian, etc.) learn from his teachings as he explains their literature to them and their mindset to us.

I cannot imagine any class of editors at Lit Hub publishing a piece like Levinson’s about the English language (with adjustments necessary to pull off the charm about English as a language of murderous fascists, for example, who turn out good in the end), or about Chinese or Hebrew in 2017. No editor at Lit Hub would publish such an insensitive piece of travel memoir into Blackness.

The point is that we live in a moment where racism against Arabs and things Arab is permissible. It goes by with hardly anyone batting an eye in the literary world beyond a few gestures of “solidarity.” Our entire culture has drunk the Kool Aid, and the Kool Aid has infiltrated our marrow. The Lit Hub piece is not an isolated, or even rare, incident.

Recently, an influential poet, critic, and editor apologized and deleted a tweet she’d posted in which she described George W. Bush as a better American than Trump in terms of their treatment of Arabs and Muslims. “The Iraq war was terrible but” is already a hackneyed trope. This kind of “slip” is an act of nationalistic forgetfulness — a political act, whereby the devastated and murdered Iraqis (to say nothing of the victims of that war’s domino effect) are erased.

Arabs are only alive on the surface of the liberal psyche. They bob up bloated, are sometimes acknowledged, other times swiped aside.

A few months ago, I sat face to face with a prominent poetry editor. Another poet was present. The editor asked me in earnest: “Do you think that Solmaz Sharif would have received the attention she’s had if she was not Arab?” “I hope to God not,” I replied, “because she’s not Arab.”

Before asking his question, the editor shared with me how attentively he’d read Sharif’s book, the brilliant Look, but struggled to imagine a future in her art. He was very aware he was talking to a Palestinian. What did he feel about my work, then? Was he oblivious to the insult he’d handed me or was this a classic passive-aggressive move? Does it matter? He is not an anomaly. He’s incapable of reading the work of an Arab (or para-Arab) without blinding biases that are inextricably linked to the national, hegemonic vantage point. The other poet in our company said nothing.

The paradigms of civil liberties and racial relations in America always reinvent themselves whenever America finds a new Other to toy with. Disturbingly few ardent believers in anti-racism are willing to extend their understanding and full-throated advocacy to the Arab question; this is a consequence of decades of war, which have entrenched stereotypes about the Arab in the national soul.

The issue of the bona fide American is crucial here. The Arab (and, by extension, the Muslim) is largely seen as a foreign affair, not a domestic one. Even liberals are more tolerant of assault (or erasure) in foreign relations than in the streets of their cities.

And even if the Arab were a domestic relation, seen as truly American without qualification, they would have to stand in line of the intersectional angst that afflicts the American margin. Perhaps, then, dear reader and fellow citizen, when you think of Arabs (American or otherwise), you should think of the endless gatekeeping you might be performing: which Arab is an angry man, which is a liberated woman, who is Iraqi, who is Libyan, and who is a real American?

Not all Arabs are Muslim, and not all Muslims know a thing or two about Arabs or Arabic. Knowing the Quran doesn’t necessarily qualify as knowledge of Arabic or Arabs. There are many proud Christian Arabs. And many more atheists and seculars. There is a curious whitewashing of the Arab into the Muslim, as if America can’t handle two Others at one time. Kaveh Akbar is not Arab (though he is a brother). Extending courtesies to him or to me does not punch an extra hole in anyone’s gift card toward a free pass in a representative morality.

Grievances in America today have too often been wielded as a means to power, a mode of self-promotion. Capitalism has become a major determinant in the pursuit of justice and liberation. As a friend recently told me in condolence, “there is no liberal purchase” to standing up for an Arab in American letters.

When I sent a version of the opening paragraph of this piece to a powerful editor, I received a typical reply, which offered evidence of a personal history of inclusivity, avant-gardism, and friendships with Arabs as credentials for his understanding of what it’s like to be an Arab American. Where have we come across this before? Where have I read this pattern in domestic American history?

Say it, write it, like a rosary. For each negative, stereotypical mention of anything Arab, say it, write it, seven times to erase the adverse effect: The Arab is beautiful. This is the kind of erasure you should practice. Stick with it long enough. You will see how it changes you. I’m Arab and beautiful! 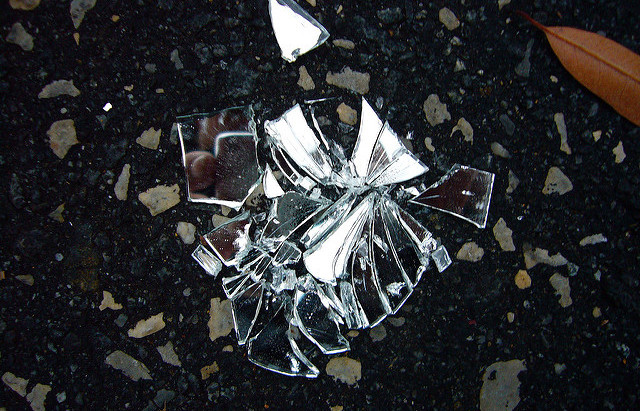