For many Americans, this Father’s Day will not be about honoring a cherished dad but about mourning his absence. My father died a few years ago so the pain of his loss is no longer raw, the way it is for thousands all over the world who’ve recently lost their fathers to COVID-19. But his absence still aches when I make a mental note to call him before remembering, seconds later, that he’s gone. So this year for Father’s Day, I’m marking his loss by reframing how he died — while hoping that other fathers won’t die, as did mine, from a gunshot wound.

Remembering how he died feels different this year, as the country begins to reopen. “Returning to normal” will mean revisiting difficult conversations forced onto the sidelines by the coronavirus pandemic: climate change, the national deficit, privacy in the digital age, Russian election interference — and gun violence. The shutdown across much of the country has meant the relative absence of mass shootings — at least any big and brutal enough to grab headlines — and a forced pause in our national debate about gun control. But that will surely change. People will continue to die from the coronavirus, but gun deaths will rise, too. We face a mental health epidemic of an almost unimaginable scale as people grapple with life-changing challenges ranging from the deaths of loved ones and compromised health to lost jobs, businesses, houses, and health insurance.  When our national conversation turns again to gun violence, we must seize the opportunity for a reset, to do some things better.

In that spirit, I’m reframing my father’s death this way: our national debate about guns — and the federal government’s utter failure to regulate them — was an accomplice to his murder.

Most obituaries present his death differently, indicating he died of a self-inflicted gunshot wound. The only son of parents who never finished high school, he became a renowned mathematician. He published over 250 research papers and was a leading collaborator of the legendary mathematician Paul Erdös. He was especially proud of being a productive and award-winning researcher while serving more than two decades in administration, including a year as Interim President and eleven as Provost. But his spectacularly successful career was only one part of a happy, exciting life. He was beloved not only by his family but also by colleagues at his own university and people around the world whose lives he touched. I miss him most when doing things he taught me to love as much as he did: kicking a soccer ball with my kids, taking day-long bike trips, camping in the woods or hiking in the mountains, playing hearts and ping-pong, eating spicy food on adventures abroad, running for miles in the summer sunshine.

The death by suicide of someone whose life was so rich and fruitful casts a mysterious shadow over accounts of his life. Some of them mention health problems. In his last couple of years, he was twice diagnosed with cancer. Though both cases were caught early and treated successfully, they had demonstrable and enduring psychological effects. Given the prevalence of depression among cancer patients, it’s not surprising that he developed many classic signs of the illness. Yet despite seeing physicians regularly over the last years of his life, those symptoms were not acknowledged, let alone treated. No one discussed depression with him at all until the week before he died, and then only because our family made an appointment and insisted on it. When we suggested to his primary care provider that we should seek a second opinion — thinking we’d ask him for a couple of names — he looked at us and said, his voice bathed in contempt, “You mean, a psychiatrist?”

The enduring social stigma surrounding mental illness, and the reticence of some health care providers to treat it, contributed to his suicide. Considering his death through the lens of his age and gender is illuminating as well. At 75, my dad was still deeply invested in his career. Even while battling cancer, he was an active researcher, administrator, and teacher. But like many people who’ve had successful professional lives, he had no concrete plans for retirement. He fell squarely into a demographic — men aged 75 and older — who are at high risk of death by suicide.

So his death could be framed as a cautionary tale illustrating how our society doesn’t provide people with tools and resources to help them age with grace and preserve control over their lives. The social values holding up people like my dad as successful are the very same ones that once circumstances change — and people face challenges like aging or failing health or losing a job — condemn them to feeling expendable, without purpose. The demographics of the current pandemic are merely part of this larger trend in which the oldest among us are treated as nonessential. The US relies heavily on placing elderly people in long-term care facilities, which segregates them from the rest of society. Although we know that the virus is particularly fatal among older people, and even though an elderly person currently inhabits the White House, the lack of any national policy regarding nursing homes has meant that people who live or work in them now account for fully a third of deaths nationwide.

But gun laws are part of my dad’s death, too. Most gun deaths are not homicides but suicides, and in many states — including my father’s — it’s easy to buy a gun. In 2015, the year he died, 1,075 deaths in Tennessee were caused by guns, with 638 — 59.3% — being suicides. That mirrors national statistics: over 36,000 people were killed by guns that year, of which 22,000 were suicides — a little over 60% of the total. Yet this “hidden gun epidemic” — in which most gun deaths are suicides — is often marginalized in national debates about gun control, despite numerous studies linking tighter gun laws to lower suicide rates, and higher rates of suicide to states with lax gun laws.

Tennessee has some of the most liberal, restriction-free gun laws in the country. The pro-gun rights magazine Guns & Ammo calls Tennessee “gun-friendly” and praises its legal protections for gun owners. By contrast, the Giffords Law Center to Prevent Gun Violence, a public interest organization promoting gun control, gives the state a D- for its high rate of gun-related deaths and its weak regulation of firearms. Tennessee doesn’t have waiting periods on gun purchases, nor does it require permits to purchase guns or licenses to own them. Gun users don’t have to register their weapons or undergo gun-safety training. The state does not regulate cheap handguns sometimes known as “junk guns” or “Saturday night specials.”

Any of those measures might have helped keep my dad alive long enough to get help. It is widely acknowledged that suicide is an impulsive act. Anything causing people to delay acting on suicidal thoughts can deter suicide, especially for those who tend to choose highly lethal methods like firearms. In response to an online article about my father’s death, someone commented, “Obviously a sad, tragic loss, but another example of why guns in the home are a bad idea.” What the poster did not know was that there had never been guns in the house — until four days before his death. It is in precisely that critical window — the days and weeks immediately following a gun purchase, especially by first-time owners — that people are at greatest risk of dying of suicide by firearm. On average, they are nine times more likely to die by suicide than those who don’t own guns.

The gun my father bought was a Cobra CA380, a semi-automatic sometimes called “the cheapest handgun in America.” If as a society we allow people to buy firearms, one could argue it’s reasonable to allow access to affordable ones, or that buying a gun shouldn’t be more complicated than, say, getting a driver’s license — cars are lethal weapons, too. But in much of the US, many things are harder to do than buying a gun: adopting a puppy, getting hold of birth control pills, buying Sudafed, fertilizer, or fireworks. In many places, it’s easier to buy a gun than it is to get married or even to vote, and almost everywhere in the country it’s easier to buy a gun than it is to get an abortion. In fact, of the nine states that recently passed especially restrictive bans on abortion, all but one — Ohio — have some of the country’s least restrictive guns laws and highest rates of gun death.

When states make it easy for people to get guns, they help people kill themselves. Most of those who do are gun owners. The numerous regulations Tennessee does not have but other states do could have required my dad to wait extra days before acting on his suicidal thoughts. That delay could have given time for his new antidepressant medicine — started just before he died — to begin working. He would have been around to keep his next doctor’s visit, scheduled for a few days after he died. Those regulations might have made the difference between whether or not I could call my dad today on Father’s Day.

Absent strong and intelligent national leadership, people are left at the mercy of the states where they happen to live, even when they face threats of national scope and urgency — whether a deadly new virus or rising suicide rates. Even before the pandemic, the suicide rate in the US was the highest it’s been since World War II. Just as the absence of strong national leadership left people across the country vulnerable to state governments that minimized the virus’s deadly power, our failure as a nation to enact reasonable gun control left my dad exposed to the epidemic of suicide. For 44 years, he was a loyal and productive employee of the state of Tennessee. But rather than protecting him, its gun laws helped kill him. And the lack of a national gun policy was an accessory to his murder.

It’s not enough, though, just to blame the government. We need to ask ourselves what we can do to make sure that when our debate about guns resumes, suicide is part of the conversation. We must force people who advocate for gun rights and lobby against regulation of firearms to confront the fact that those most likely to die by suicide are people who own guns, and that of all the people whose lives will be saved by gun regulation, gun owners are at the top of the list. If reading this makes you want to do something, please act on that impulse. If you know someone who owns a gun, talk to them about the link between gun ownership and suicide. If they belong to the NRA, urge them to lobby from within for reasonable gun regulation — measures that would save the lives of fellow members. Call your congressperson or senator and urge them to reject donations from the NRA and to work on gun legislation now, rather than waiting for the next mass shooting to happen. Write a check to an organization that advocates for gun control, or volunteer to help one. Educate yourself about candidates’ positions and vote for those committed to enacting gun control laws. Any of those steps can help ensure that more dads are with us for the next Father’s Day, and that fewer of us are — like anyone who lost a dad to COVID-19 — spending this holiday mourning fathers who died before their time. 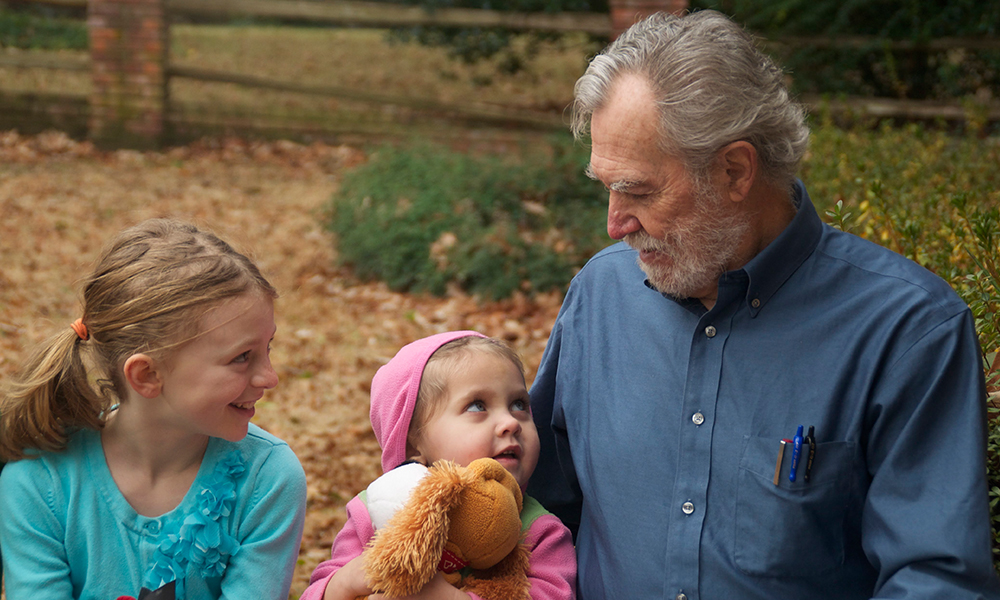