Americans have a strange and abiding trust in the corporate. There is an inherent problem with this trust, and it’s easy enough to spot, though our legal system has done everything it can to occlude it. Corporations are not people. I repeat: corporations are not people. Actual people, the kind who can be physically placed in a jail cell, are denied the framework to conceptualize this chasm; instead, we tend to transpose our own moral frameworks — the ones that allow us to operate daily with our neighbors, bus drivers, grocery cashiers, our friends — onto corporations. In a recent report from LA Weekly on Invitation Homes, the largest landlord of single-family homes in the city of LA, you can see this logic at work. In the report, a tenant expresses surprise that in the face of crippling rent increases, Invitation Homes wasn’t “negotiating and being nice with each other and com[ing] to an agreement.”

The Weekly’s cover story about Invitation Homes is an important and germane piece about Wall Street’s continued entanglement in the housing market. But it might also be the paper’s swan song after its sale to the investment group Semanal Media in October. The sale, and the subsequent bloodbath of firings in which every editor and all but one staff writer was shown the door, signals the potential for a profound change in the way news will be reported in the city and county of Los Angeles.

The sale of media properties is nothing new. Nor is it new that they are typically bought by giant business interests. George Hearst bought his first newspaper, the San Francisco Examiner, long after he had made a fortune in mining and had become a U.S. Senator (I shudder at the thought of what Ted Cruz’s or Chuck Schumer’s newspaper might look like). This Hearstian tradition persists today as minted billionaires gobble up media the same way they do sports franchises. Of course, these magnates pay lip service to the mantras of reviving media or making papers profitable once more, but it’s easy to see them as vanity projects (much like the ownership of an NFL or NBA team) rather than profit-making ventures. Show your largesse and your largesse: Jeff Bezos owns the Washington Post, John Henry the Boston Globe, Sheldon Adelson the Las Vegas Review Journal, and so on and so on.

As concerning as it is that the richest person in the world also owns our nation’s capital’s paper of record, the LA Weekly takeover is as every bit as sinister. The nation’s second-largest city, a flashpoint for immigration and labor conflicts, unconstrained real estate speculation, police corruption, all swirling within a culturally rich and diverse region, has lost one of the few remaining media outlets that was willing to investigate and shed light on these problems or report on the wonderful eclecticism of the city.

The names of the investors who comprise Semanal were not released in the wake of the sale, and a full list has still not been released — the names that have are overwhelmingly rich and male. This lack of transparency alone should be of great concern to everyone. This is not some anonymous donor providing a bench in a public park or even the park itself; this represents the purchase of a brass ring of influence, even more relevant considering the manner in which Adelson purchased the Las Vegas Review Journal, funneling the $140 million sale through his son-in-law, and reportedly meddling with the paper’s editorial purview.

The few notable Southern California names connected with the buyout inspire fear that LA Weekly will follow the blueprint of Adelson’s takeover. One is the attorney representing Semanal, David Welch. Welch is an attorney for interests in the cannabis industry, and his presence has led to speculation that the purchase was motivated, in part, by the prospect of a windfall from the impending legality of cannabis sales in California. I spoke to Gwynedd Stuart, the now ex-editor of LA Weekly’s Arts and Culture section, who noted that it is well known that Denver’s alt-weekly has benefited greatly from Colorado’s legalization. LA Weekly, already profitable, was on the verge of a similar windfall, which contradicts the vague claims that the investment group was taking over a failing venture. Legalization will unleash the kinds of venture capital reserved for Silicon Valley and expand the pool of unorganized service industry labor and farm labor that can be exploited and it is deeply concerning that LA Weekly will have such entanglements, which may restrict its editorial gaze The octopus grows a tentacle.

It wouldn’t be a business deal in Southern California if a few real estate developers and self-styled media consultants weren’t on board, and true to form, Semanal has several. Boosterism is LA’s sine qua non. Attorney Steve Mehr, one of the investors, told the Los Angeles Times that the city doesn’t “have a cultural scene on par with New York and San Francisco.” One wonders if he mistook “cultural” for “real estate.” Mehr represents the apotheosis of Trumpist obsession with material trappings of wealth, which is clearly on display in this exchange about how to judge a person by his watch selection on a seemingly Fyre Festival-funded web show called “Entourage Academy.”

Whereas Mehr could be seen as the id of the new investment group, it is Brian Calle (who, in his role as publisher, claims he will be the only investor paid a salary) and the other editors who should be seen as the ego. Calle represents the ideological motivations of Koch brothers free marketeering and a penchant for Trumpist many-sides logic — i.e. the voice of Orange County conservatism. He was the chief opinion writer for the Southern California News Group, which owns nearly a dozen newspapers including the Orange County Register. His track record at News Group is a long list of media gaffes that would be amusing if it weren’t for the dire nature of their content. April Wolf, the Weekly’s trenchant film critic, has also found Calle to be linked to the arch-conservative Claremont Institute and the anti-choice Family Action PAC.

Calle is one of those blessed men who continues to fail upwards, hiding behind a smokescreen of rhetoric, platitudes and the love of law school deans, which belies the intellectual vacancy at the heart of modern conservatism. In an impressive bit of continuity, his reign at LA Weekly began with a call for contributors (since taken down) that misspelled the word Angeleno. That was simply embarrassing — what is actually galling is not the error, but that Calle’s business model is seemingly going to mirror that of SB Nation’s, which relies heavily on unpaid blogging. The Times reported that Calle would seek “full-time staffers, freelancers and unpaid contributors who are passionate about their communities.” Translation: we’re going to make sure there’s no chance of unionizing on our watch.

Calle, as overseer of an ultimate frisbee tournament that attracts thousands of participants to the beaches of Santa Monica, is an old hand this business model. He has relied heavily on unpaid volunteers, and skimped on essentials like water for players, despite sponsorship and the event raking in huge profits. (So brazen was his contempt for the local community that a rival tournament, which plans to pay its workers and provide water, has been organized.) It is clear in his plans for LA Weekly that he hopes to take advantage of similar sentiments from the larger city community who may be passionate enough (and privileged enough) about the civic well-being of Los Angeles to give the wealthy more of their time and labor for free.

More often than not, I pick up alt-weeklies for their investigative journalism. The kinds that expose municipal malfeasance, explain local elections, and tell stories that no other media outlet is interested in taking on, but are of vital importance for the city’s civic life. Of course I also pick up weeklies to discover the weird, the strange, the fascinating, the delectable, and the just plain fun, often written by people I know or will come to know. Their eclecticism is part of the joy of knowing you’re in a big, bustling metropolis. Taken together this is, in essence, the definition of credibility: willingness to speak hard truth, to shine light on things that affect daily life, whether it is corruption or that strange multi-instrumentalist who you really should see. It’s the reason why we tend to believe media, why we give it our trust in a way that I believe we shouldn’t in the main give up to corporate interests. What is about to happen to LA Weekly is a test in just that thing. Are we going to place our trust in an entity that thinks you can buy credibility? 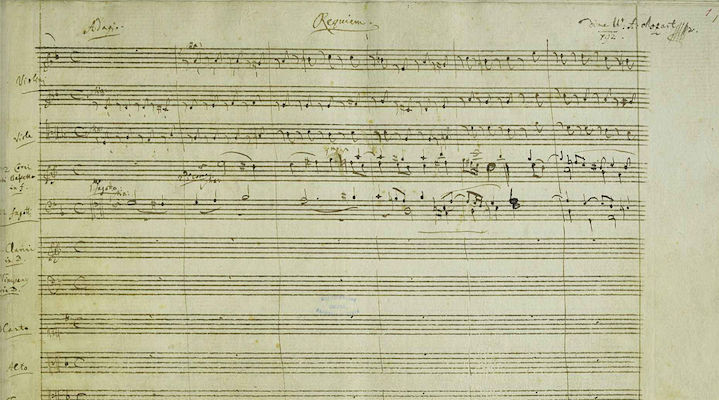