In November, Californians will have a historic opportunity to vote for a ballot measure — the Affordable Housing Act — that would restore the rights of California cities to implement strong rent control laws. These rights were stripped from cities in 1995 by a landlord-sponsored state law, the Costa-Hawkins Rental Housing Act, which permits only “weak” rent control ordinances in the state. By repealing Costa-Hawkins, the Affordable Housing Act would give California cities the freedom to use stronger, more robust rent control measures to begin addressing the state’s unprecedented affordability crisis.

That there is an affordability crisis in California does not seem to be up for debate. The text of the Affordable Housing Act makes this very clear: “The State of California has found that…one-third of renter households (over 1.5 million) pay more than 50 percent of their income toward rent.” Things are even more dire in places like Los Angeles, where over 25 percent of LA County’s population lives in poverty when housing costs are considered. Although the recent Homeless Count reports that LA County’s homeless population shrank by three percent in 2017 — from 55,048 people to 53,195 people — the report also notes that 9,322 people became homeless for the first time during that period, 1,278 more than the previous year. Clearly, the increase in homeless resources and new initiatives is not addressing the root cause of the problem: skyrocketing rents. A recent study found that every five percent increase in rent pushes 2,000 more Angelenos into the streets.

Given the gravity and scale of the problem, rent control — reasonable annual rent increases that guarantee fair returns to landlords while also protecting low- and middle-income tenants from price-gouging — seems like a perfect place to start.

As expected, big real estate and the landlord lobby have come out strongly against the Affordable Housing Act. Give or take a few minor points, their arguments are the same ones that have been used against rent control for decades. The most potentially damning of these arguments is the “Econ 101” argument, which relies for its effect on the oft-invoked “basic laws of supply and demand.” The argument begins with the assumption that rent control discourages new construction, a claim that seems logical at first glance. After all, since rent control puts partial limits on developers’ profits, doesn’t this cause them to divert their investments elsewhere? (In fact, the historical and international evidence for such claims is inconclusive at best. At worst, these claims are deeply misleading, given that there are any number of cities — New York City, for instance — whose largest building booms have taken place during times of strict rent controls.)

From this dubious initial assumption, the anti-rent control argument proceeds according to classic supply-side logic. By “freezing” the construction of new rental housing, its proponents assert, rent control further limits an already scarce supply. And when supply goes down, prices go up to meet demand, which means that — supposedly — rent control actually raises rents (at least in non-controlled units) rather than bringing them down.

This, then, seems to be the most damning case against rent control: it hurts the very people — low- and middle-income renters — whom it seeks to help. If you aren’t lucky enough to live in a unit covered by rent control, you pay more than you would if rent control didn’t exist at all. This is the landlords’ argument.

According to this logic, it would seem that the real solution to California’s affordability crisis isn’t to expand rent control protections — which is what cities would be given the authority to do if Costa-Hawkins is repealed — but, rather, to do away with rent control altogether. After all, the argument goes, if we get rid of rent control and other “irregularities” in the housing market (such as local zoning ordinances and the California Environmental Quality Act), investors will begin pouring money into rental housing in the state. Developers will build more units, supply will gradually outstrip demand, and — again according to “Econ 101” — rental prices will eventually fall.

It’s a rosy, market-driven, trickle-down vision, one that appeals to our instinctive sense of how the law of supply and demand works. It also happens to be wrong.

What actually happens when a city’s rent control protections are eliminated? Fortunately, we can turn from apparent economic truisms to documented cases. One of the most exhaustively studied examples of this scenario is the case of Cambridge, Massachusetts. In 1994, the same year that the real estate lobby was spending $50 million to pass the Costa-Hawkins Act in California, real estate interests in Massachusetts were organizing an even more extreme referendum to do away with rent control altogether. Despite the fact that rent control ordinances only existed in Boston, Cambridge, and Brookline — all of which voted by substantial margins to keep their ordinances — these cities were overruled (albeit barely) by the rest of the state. In January 1995, rent control was eliminated in Massachusetts.

According to supply-side logic, a building boom should have begun in Cambridge, a building boom that would have brought down the city’s price of rental housing. The boom, however, never came. Instead, despite a modest uptick in the quantity of housing being built, the rental prices in Cambridge drastically increased. And prices didn’t increase only in formerly controlled units, which might have been expected. Rents spiked everywhere, in formerly controlled units as well as in units that had never been controlled in the first place.

Rent control in Cambridge, it turns out, had actually been working to keep all rents down, in rent-controlled units as well as in units without rent control protections. When rent control was eliminated, the (expected) rent increases in formerly controlled units “spilled over” into never-controlled units, raising rental prices for everyone. The uptick in the construction of new housing did nothing — less than nothing — to offset this effect.

What can the case of Cambridge teach us about the way that the housing market works? For one thing, it teaches us that “Econ 101,” supply-and-demand logic doesn’t really explain the price of housing in cities like Cambridge and Los Angeles. Instead, housing markets in such cities are largely determined by speculative forces — they’re a lot more like financial markets than markets in consumer goods. Housing prices don’t go up or down just because of how many units we have in the present — if that were the case, all those vacant apartments in Downtown Los Angeles would have “trickled down” to the population living literally right below them on the streets of Skid Row. Rather, the price of housing changes first and foremost because of what people are betting it will be worth in the future. That’s why eliminating rent control and building more housing in Cambridge caused rents to rise rather than fall. Investors saw the newly deregulated Cambridge market as a perfect investment opportunity — and they pounced.

If this is our vision for the future of California — turning our cities into bastions for the wealthy and investment opportunities for the ultra-rich — then by all means, we should eliminate rent control and start building market-rate housing as fast as we can. This is a trickle-down solution to California’s affordability crisis that would make Reagan proud — and that would be no more effective than Reaganomics was when it came to addressing the needs of low- and middle-income Californians. In California, we don’t generally believe in trickle-down approaches to taxes, jobs, or anything else. So why would we support a trickle-down solution to housing?

If, on the other hand, we really want to address California’s housing affordability crisis — and if we want to do so while preserving the rich diversity of our cities — we have to change the way we think about the root cause of this crisis. As we’ve seen, the main reason that California rents are so high isn’t because we lack sufficient supply. California rents are so high because of speculation, because investment companies and international development firms are treating our stock of rental housing not as homes where we live but as sources of present and future profit.

The fastest, cheapest, most effective way to start addressing this root cause of California’s affordability crisis is to expand rent control to cover as many housing units as possible. And in order to do this, we need to repeal the Costa-Hawkins Act in November. That is how we will prevent price-gouging and speculation; that is how we will begin stabilizing out-of-control rents. The supply-and-demand arguments of the real estate industry are a red herring, intended to line the pockets of investors rather than provide actual affordable homes for those who need them. What we really need is stronger rent control, and we need it now. 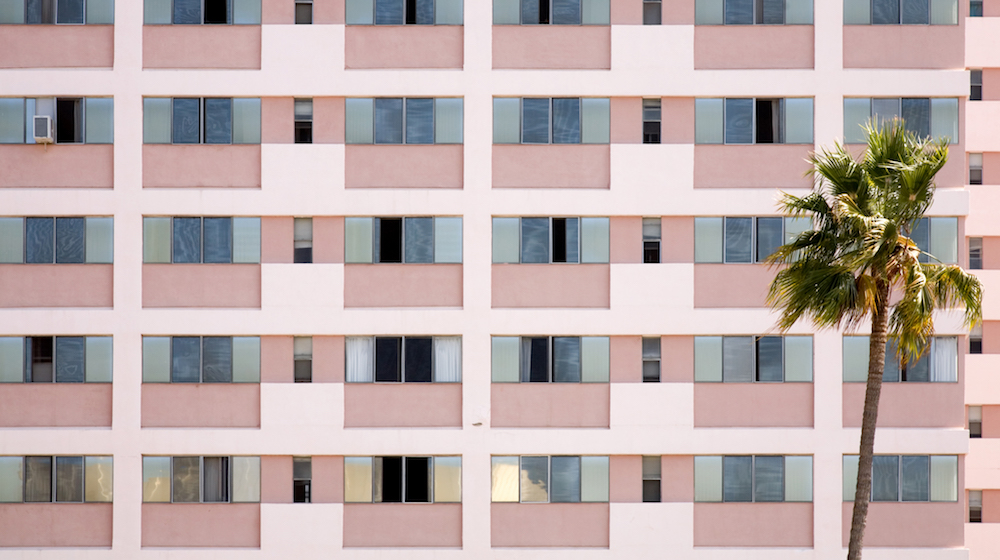