One thing that sent Christine Blasey Ford to therapy in 2012 was a marital disagreement about a house renovation. Such renovations create the kind of dramatic conflict that can really test a marriage: this is the trite premise of all those house design shows on HGTV. But the story Blasey Ford told was anything but trite. Against the advice of an architect, and against the wishes of her husband, she was insisting that their renovation plans feature two front doors. Two front doors? The architect and the husband objected. So off to therapy she and her husband went. It was there that the feelings that drove her insistence came to the surface. Fittingly, almost poetically, the battle over the doors to her home opened the door to her trauma; and she told her story in therapy. This week, she told it again, in detail, to the nation.

She had been attacked when she was 15, thrown against her will into a bedroom by two 17 year old boys, immobilized on a bed by one, Brett Kavanaugh, who groped her, pressed his body against hers, and tried to remove her clothes. When she screamed for help, he clapped his hand over her mouth to silence her, and made her fear for her life. When asked, at the hearings on Thursday, what she remembered about that day, Blasey Ford said she was haunted by the laughter between the boys and by the moment when she appealed to the second boy for help using her eyes, only to realize he would not intervene to help her.

She also mentioned but did not dwell on another detail. The door of the room into which she was thrust was locked by the boys. When she found an opportunity to escape, she dashed from the bedroom to a bathroom across the hall, locked herself in there, and waited. How long? We do not know. After a time, the boys left the bedroom and, as she so memorably put it, “pinball[ed]” down the stairs. She must have been listening hard to track their movements, deciphering the sounds and inferring their meaning from behind the locked bathroom door. She was not yet out of trouble, after all; she was locked in a bathroom, hiding. She heard her attackers talking and laughing with each other on the stairs and then the noise of a larger conversation, as the boys rejoined the social gathering. Here is where I imagine she must have spent some time calculating. Was it safe yet to try to escape? Had she waited long enough? Were her two attackers now otherwise engaged? Distracted by drinking and hanging around with their friends? Were they far enough from the front door that she could get by them and make it safely out of the house? What courage it must have taken her to open that locked bathroom door, risk the descent down the stairs, and then run out the front door to the street. She did not mention such details on Thursday. She may not remember. But she recalled in her statement her relief as she realized, outside, that the two boys were not coming after her. That says it all.

So does her story of happening on one of her attackers at the Safeway store a few weeks later. Here, too, doors play a role. In answer to questions from Rachel Mitchell, the prosecuting attorney hired for the occasion, Blasey Ford explained there were multiple entrances to the Safeway, and that when her mother chose one, Blasey Ford, a teenager wanting her independence, chose another. Ironically, the one she chose was not the safe-way. The door she went through put her face to face with Mark Judge, one of the two boys who had attacked her. Blasey Ford said hi, as they had done in the past, before the attack. Judge seemed nervous and uncomfortable, she recalls. Somehow in her testimony, she recalled his feelings, not hers.

So much of what happens in our lives depends on the doors that appear before us, or not, on which ones we choose to go through and which we pass by. On the TV game show with the most Trumpian name imaginable — “Let’s Make a Deal” — contestants must choose Door number one, two, or three. The game show teaches us that our fate depends on our free choice and that we deserve what we get, as a result. But it is a poor, even cruel lesson because, in the United States, some people walk breezily through doors that seem magically to open for them, while others jiggle handles that will not turn, and still others search in vain for even a threshold on which to stand. Brett Kavanaugh said at the hearings on Thursday that he had no connections at Yale and got there only by dint of his very hard work in high school, as if no doors were opened for him by the exclusive and well-connected Georgetown Prep, or by his mother, the judge, and his father, the lobbyist. For some, it seems, all the doors are the safe-way. For others, it seems, none are. Some of us are told we are free to head this way or that, only to suddenly find ourselves thrust from behind into locked rooms. For many others, still, in our racially divided and radically unequal society, the only doors that seem to open are doors of no return, prison doors that lock behind them, the key thrown away for years.

I thought of all these doors as I watched two women, activists, stand in an elevator doorway and reproach Jeff Flake on Friday for his announced intention to vote in favor of Brett Kavanaugh’s appointment to the Supreme Court. Ana Maria Archila and Maria Gallagher, both survivors of sexual assault, asked the Senator: did their suffering mean nothing? If the men who attack women are promoted, what does that mean about how our society values women?

Scholars of immigration politics see elevator behavior as a useful metaphor. When you get on an elevator and someone down the hall calls “Wait!” do you wait? Or do you quietly hit the button and close the door behind you? What you do in this context may predict your views on immigration. With the cameras on him, Jeff Flake looked like he was keeping the door open, on Friday. Or maybe it was the elevator’s sensors that prevented the doors from closing on the two women. Either way, they stood on its threshold and made their appeal. The women spoke and demanded that Flake listen. “Look at me when I am talking to you,” one said. And he did.

The video of their encounter went viral and Flake, in response, changed his position slightly, breaking ranks to ask that the background investigation be reopened. On Fox News Friday night Laura Ingraham wondered What is wrong with Flake’s staff? Why didn’t they call the Capitol Police, she asked, and have those women taken away? It was surely an uncomfortable moment for Flake, who was literally cornered in that elevator. But he was not in fear for his safety. Had they been called, what would the police have arrested Archila and Gallagher for? Practicing citizenship? Claiming equality?

The two women in the elevator doorway were inspired by Blasey Ford, who showed them a second door where they had thought there was only one, closed to survivors like them. Archila said, “It was Dr. Ford’s story that allowed me to tell this secret to my parents. I now have to do the work of how me and my parents process the experience, and I don’t know how this is going to go.” She chose to walk through a new doorway without knowing for sure where it would lead. That takes courage.

Because of what happened on Friday, perhaps now, when Blasey Ford sees her house, with its strange-looking two front doors, she might think not of her assailants, and her trauma, or not only of that. She might also think of Archila and Gallagher, whose momentary power to hold open the doors of privilege, was on display for all of us to see. Empowerment and political action are a tonic for those who feel powerless. Is it too much to hope that democratic citizens everywhere might be inspired by all this? “This is a demonstration that what thousands of people have been doing — telling our stories and standing up for ourselves — is working,” Archila said afterwards.

Courage is contagious and, as all those who watch HGTV know, renovation can be habit-forming. You might plan to start with the House, and before you know it you find you are taking on the Senate. Where will it end? HGTV’s ubiquitous “open concept” is what we, in democracies, call transparency. How far should we go to achieve it? Should we just move a few walls? Take it all down to the studs? Or demo the whole thing and start over? Whatever we do, it will take courage and we are lucky to have had this week several reminders of what that all too rare virtue looks like in action. 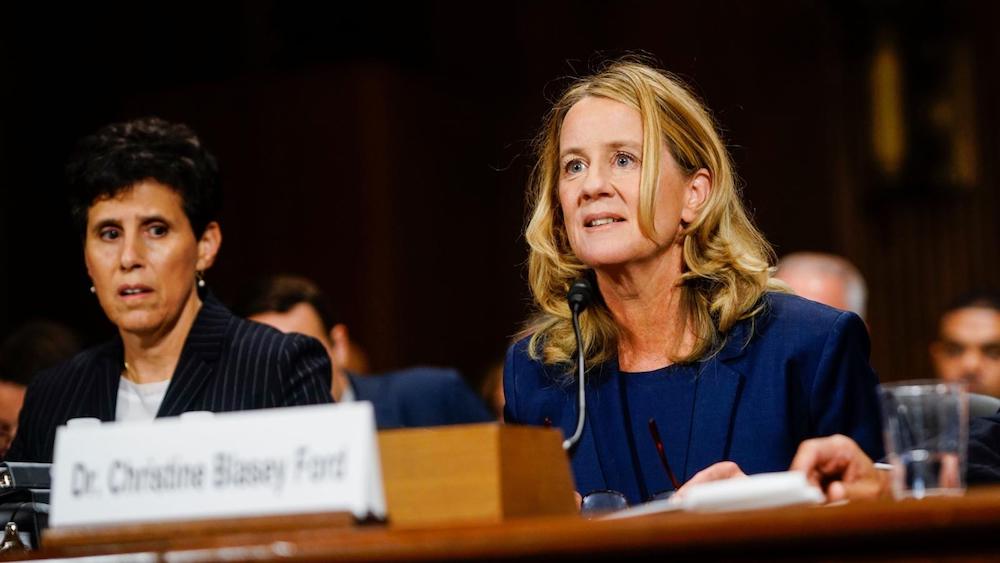