Last month, Ad Age named David Remnick its Editor of the Year, in an announcement which simultaneously recognized his veritable organ, the New Yorker, as Magazine of the Year. The 91-year-old weekly was praised for its embrace of social media, podcasts, and a mostly-successful paywall strategy. The distinction was no doubt a bittersweet one for the Editor-in-chief, who during the election cycle found time between his stewardship of the New Yorker Radio Hour and lengthy writing on Bob Dylan and Leonard Cohen to become one of the media establishment’s most vocal critics of Donald Trump.

Remnick’s periodic dispatches from the campaign trail culminated in his Election Night postmortem, entitled “An American Tragedy.” This was perhaps the most perceptive, poignant, and efficiently pragmatic encapsulation of Trump’s rise offered by an American flagship. “Fascism is not our future — it cannot be; we cannot allow it to be so,” he proclaimed, “but this is surely the way fascism can begin.” Surveying Orwell, the alt-right, and the failure of the liberal media, Remnick wrote with a decisive, categorical command only hinted at in his prior journalism and commentary:

“That he has prevailed, that he has won this election, is a crushing blow to the spirit; it is an event that will likely cast the country into a period of economic, political, and social uncertainty that we cannot yet imagine. That the electorate has, in its plurality, decided to live in Trump’s world of vanity, hate, arrogance, untruth, and recklessness, his disdain for democratic norms, is a fact that will lead, inevitably, to all manner of national decline and suffering.”

Labeling Trump “vulgarity unbounded” and his election a “sickening event in the history of the United States,” he captured Trump’s ascent and appeal, and the downfall of his opponent in one fell swoop, closing with a call to action:

“Why not leave the country? But despair is no answer. To combat authoritarianism, to call out lies, to struggle honorably and fiercely in the name of American ideals — that is what is left to do. That is all there is to do.”

A fearless masterstroke establishing the authoritative grounds of one of U.S. media’s foremost outlets, perhaps its most noteworthy aspect was that Remnick had it ready in the chamber within hours of Clinton’s shocking — for some, at least — defeat. Yet it was hardly unprecedented, given the months of reporting which preceded it, and comprised a primer for his columns to follow.

Much of Remnick’s writing from 2014 focused on the uneasy peace and complexities of governance in Israel and Putin’s Russia, the fears of which Trump’s early campaign brought home to roost. When Trump announced his candidacy in 2015, Remnick, like many others, was quick to denounce Trump as a bombastic snake-oil salesman, yet he was also meticulous in emphasizing the threats Trump posed to global as well as domestic security, and quickly linked his rhetoric to nationalist and separatist movements occurring worldwide. When some were quick to dismiss Trump, Remnick expressed genuine fear, a basic terror of a proudly anti-intellectual president. Meanwhile, he wasted little ink expounding his eventual opponent’s virtues.

By mid-2016 he’d adopted his own rhetorical flourish, slamming the Republican nominee’s attempts to capitalize off June’s nightclub massacre in Orlando. “With every month,” Remnick wrote, “it has become clearer that Trump is a makeshift politician, whose rancid wit resides in his willingness to say whatever it takes to arouse the fears of a political base.” Yet by this point cracks were already evident in his resolve, his words flashing a baffled, even ironic resignation. “Last month, John Oliver, a master of the extended comic decimation, opened video fire on Trump after many months of resisting the subject,” he wrote in the New Yorker’s March 14th issue. “So hilarious! So devastating! And then Trump cleaned up on Super Tuesday. Don’t they watch HBO in the S.E.C. states?”

In August, Remnick took to his magazine’s pages to draw parallels between Trump and two international figures the editor deemed exceedingly dangerous. First he wrote of the slim distinctions and overwhelming similarities between the nominee and Fox News magnate Roger Ailes, chief among them their “reactionary populism,” widespread accusations of misogyny, and consistent elusion of accountability. “The Republican Convention in Cleveland last week was like a four-day-long Fox-fest, full of fearmongering, demagoguery, xenophobia, third-rate show biz, pandering, and raw anger,” Remnick reported. “Now, having conquered ‘the party of Lincoln,’ the most dangerous candidate for the White House in generations is hoping to win on a platform of paranoia. We hear sirens in the night.”

Days later, he published a lengthy piece titled “Trump and Putin: A Love Story,” a detailed map of Putin and Russia’s origin tale in relation to Trump’s. The piece served as a warning alarm that despite Trump’s obsession with the Russian President, he was surely overmatched:

“Vladimir Putin is a cunning and cynical reader of his adversaries. He notices that Trump does not know the difference between the Quds Force and the Kurds, or what the ‘nuclear triad’ is; that his analysis of Brexit was based in part on what might be good for his golf courses in Britain; that his knowledge of world affairs is roughly that of someone who subscribes to a daily newspaper but doesn’t always have time to get to it. Overwhelmed with his own problems at home, Putin sees the ready benefit in having the United States led by an unlettered narcissist who believes that geostrategic questions are as easy to resolve as a real-estate closing. Putin knows a chump when he sees one.”

Following Remnick’s election night requiem, his bylines became even more frequent, highlighted by an 11,000-word profile of President Obama in the November 28th issue. Assembled from weeks’ worth of intensive interviews, “Obama Reckons with a Trump Presidency” examined the roles of social media and disillusionment of white voters, painting a commander-in-chief who clearly perceived the danger imminent in a Trump presidency, yet was compelled to espouse optimism. It stopped just short of the tantalizing president-in-decline silhouette and left its implicit questions unasked: called upon to support the fiercest opponent of his own political career, did Obama do enough to combat Trump? Were the advancements and accomplishments of his presidency made in vain?

In November and December, Remnick seemed to double down as a watchdog, relaying subtle indications of Trump’s ties to Putin and Russia’s possible influence in the election, and painting a freak show of the Republican Party and Trump’s first appointments. But watching Trump’s Twitter meltdowns railing against Saturday Night Live, Hamilton, and the free press, he managed little more than the popular boilerplate regarding the “fantasy of the normalization of Donald Trump.” “This is where we are,” he wrote. “The President-elect does not care who knows how unforgiving or vain or distracted he is. This is who he is, and this is who will be running the executive branch of the United States government for four years.” An otherwise fantastic condemnation of Trump’s appointment for the Israeli ambassadorship began with an already months-old platitude: “Every morning since November 9th, you wake up and read the news and think, This has got to be an issue of the Onion.”

In his most recent pieces, Remnick continues to distill foreign affairs into digestible and authoritative, if subjective, summaries, yet he seems growingly disconsolate and exhausted. “This is a calumny of the most disgusting order,” Remnick despaired of the Friedman appointment, allowing an Israeli philosopher’s quote to serve as the piece’s kicker. In a piece from December 28th exploring the implications of Middle Eastern policy, he again noted Trump’s “vain and bullying” online presence and lamented that diplomacy had “devolved to the realm of the sitcom.”

Remnick’s current despondency is probably healthy, even inevitable, and his painstaking attempts to hold the Trump administration accountable during the transition, and later the presidency, will no doubt be a necessary service as newsrooms and mastheads inevitably cut back to make way for Trump apologists. Yet there’s a creeping sense that, in his efforts to document the official record, he’s writing for an audience that doesn’t actually exist anymore. The humble subscriber who sought to educate and edify himself by extracting the New Yorker from his mailbox each week is long gone; fervent newshounds have long since digested headlines before Remnick can offer his well-reasoned commentary, and those who haven’t yet sought out his take are overwhelmingly likely to agree with him regardless. Despite the reported surge in newspaper subscriptions following the election, the “fake news” crisis should spur fear and action from those of his position above all.

Journalists will need to be harsh and investigative in the age of Trump, and for many of them, the greatest barrier to this pursuit will be the feeling that it’s all too little too late. 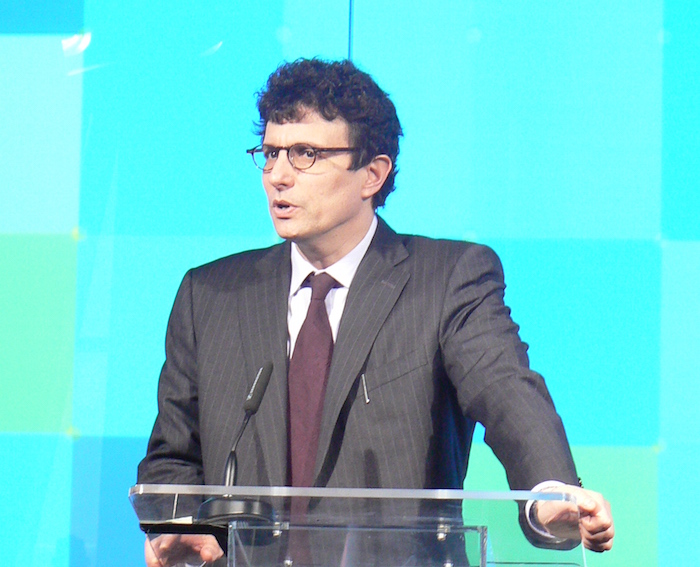