Natura Spa is a Jimjilbang hidden in the basement of a decadent old marble-walled department store on the corner of Wilshire Boulevard and New Hampshire Street in Koreatown. Unlike many other Jimjilbangs, which cater to large families with happy splashing children, Natura Spa is a sedate, oatmeal-colored refuge whose clientele is mostly middle aged Korean men and quiet, athletic types of various other ethnicities. As an obese writer with purple golfer’s purpura ascending my right leg, I am the odd man out here. But I like the feeling of being in the basement and subjecting myself to a battery of brutal saunas, powerful hot tubs, and icy cold dips. It’s peaceful, and the only thing that keeps my right shoulder — a victim of book bags and Modern Stress — from getting squeezed out of its socket. My evenings at the Natura Spa are also the only time I go without my glasses. I have very bad eyesight, so this is a treat for me; I get to see what the world would look like if I had been born three hundred years ago, with these eyes.

When I have spent long enough in the steam room at the Natura Spa, I begin to imagine that the lights on the other side of the frosted glass compose a face. The two marine-grade lamps on the steam room’s tile ceiling are Star Face’s eyes, and the four lights that ring the hot tub, which is set in the floor about six feet from the steam room’s door, make his mouth. Because the steam room is rectangular, and because there are little marine lights spaced evenly across the outside walls, Star Face looks like he’s got pale chicken pox scars.

Looking at Star Face is the closest I get to meditation, what Time Magazine has called Mindfulness. I am thoroughly disgusted by this Time Magazine Mindfulness. If well-employed technocrats have truly figured out the mysteries of peace and oneness with all of Nature, then the mysteries must not have been so hard to find to begin with. Owing to my disgust with our profound century and its mindful architects — a disgust heightened by the world-historic collapse of neoliberal democracies into rabid ethno-states — I’m always a little embarrassed when I find myself staring into Star Face’s eyes and contemplating eternity.

I lost the ability to feel reverence in churches a long time ago. Now when I enter a church I feel a small guilt, like I’m visiting an uncle I used to adore but haven’t seen in years. Robert! Remember how much you loved that He-Man doll? And how you believed in transubstantiation? Why should a steam room make the oceanic feeling — that feeling of cosmic vastness that Sigmund Freud associated with religious impulse and probably blamed on seeing dogs humping or something — well up inside of me? Is it because I’m reclining like one of Socrates’s students? Is it because I can’t see, and there’s lots of steam, and blindness breeds faith? The Face is clearly a religious delusion. It is my “error,” in the profoundest Enlightenment sense of that word: a chimera born from my latent religious superstition. Most Natura patrons are sweating off hangovers; I’m sweating off lost faith, the worst hangover of all.

Those of us who have lost faith sweat it off in diverse ways. My wife Melissa still prays to a Personal Protestant God whenever our family is faced with a crisis; I have been known to buy dollar rosaries on the Metro and fondle them in times of stress; my closest atheist friends all harbor a deep sense of longing for their old communion with the unknown.

In my most pious moments, I imagine that the 17 years since I lost my faith have just been a “dark night of the soul.” Sixteenth century Spanish mystic St. John of the Cross, the originator of the phrase, tells me that every pious person goes through the dark night, that my spiritual desolation isn’t complete. On some subconscious level, I feel the longing for a greater thing: even in my atheism, I dimly see God through the fog. Indeed, my current period of nonbelief may be essential to a mature religious education.

As a 12-year-old convert to Catholicism, I was convinced that I heard the call to the priesthood. I was adamant. But by giving myself over so completely to the mercy of Mother Church, I indulged in what St. John of the Cross calls spiritual gluttony. He writes: “Many, lured by the delight and satisfaction procured in their religious practices, strive more for spiritual savor than for spiritual purity…[and] the sweetness these persons experience makes them go to extremes and pass beyond the mean in which virtue resides and is acquired.” The source of spiritual gluttony? The devil. The solution? Long periods of desolation and doubt, followed by (some day) reconciliation with a purer spirituality. My old fervor was the way to ruin; this ache is incipient salvation.

But I can’t trust that St. John of the Cross stuff. I’m too good at rationalizing my chimeras. So I force myself to see the process another way: I make my religious delusion into a matter of science, not faith. Materializing transcendental principles is my forte; all that St. John of the Cross stuff is forced. This tendency is why Ludwig Feuerbach, the 19th century German philosopher who argued that the Christian fixation on God’s incarnation in Christ was just a misunderstanding of humanity’s own infinite nature, has moved me when I have read selections of his works. Feuerbach’s atheism lets us have it both ways: by praising Christ, we praise ourselves and our own infinite nature. Star Face, my messiah with glowing scars, is only my own face viewed from a romantic remove.

This kind of soft atheism is dangerous. Star Face has an open maw, and when I’m in the stream I am drifting toward inanity. Secularizing religious thought without removing the inherently religious content keeps us struggling toward an infinity we will never reach, and thus prevents us from addressing the decidedly finite problems that face us back here in the world of food and orgasms. This danger is why a critique of Feuerbach led Marx to his famous formula: “Philosophers have hitherto only interpreted the world in various ways; the point is to change it.” It is fair to say that Christian piety is misunderstood humanism, but just saying so does nothing to liberate us from our delusions.

Bluntness and materialist rigor are the only solutions to this dilemma that I have found. Bluntly: I’m on my back, a blind, fat man in the afternoon of the fourth decade of his life, considering the mysteries of the universe by making faces out of marine lights through fog. I am contemplating the divine as a loudmouth Westside real estate hack gets his ass scrubbed by an aging proletarian in ratty gym shorts. Inside, through the locker rooms and out to the common area, affluent businessmen bark into their Bluetooths and snap fingers at the harried diner staff. Down in the guts of an abandoned mid-century shrine to the nascent consumerism, whose boom — then bust — established the framework for our endless American highways of Nordstrom’s (for the sorta-tony) and Wal-Marts (for the sorta-poor), I am tearfully contemplating the fact that an astrophysicist on Melvyn Bragg’s In Our Time podcast said (I think I’m remembering it correctly) that the observable universe was once the size of a grapefruit. I don’t even like grapefruit, but here’s Star Face, telling me: Go, son, to Trader Joe’s; buy the grapefruit; hold in your hand all that was, is, and shall ever be; and don’t forget to get some Sesame Sticks, because you ate the rest of the bag when you took that Ambien.

This bathetic Four Quartets makes me a fine candidate for Mr. Spiritual Tramp of 2014. It is not a flattering portrait of the mystic in the new millennium, much less the intellectual or the revolutionary. It is a symptom of decadence and the hopelessness any intelligent observer ought to feel when they contemplate the American political scene. Bourgeois nihilism has undermined my revolutionary optimism, and the whole affair’s a hash.

Now, of course, I’m indulging in another diversionary tactic. If I’m honest, I love Star Face and the yearning after infinite things that he represents. Yearning for the infinite is what led me down the forked paths that set me at the foot of a politics that ironically make me embarrassed of yearning for the infinite. Wondering — in general, without an object — led me to wondering — concretely, with the social world as my object — why I saw so much horror, and how we might best mitigate this fundamental unfairness. I am a leftist because of my dopey longing for more-than, not despite it.

In the history of leftism, however, the problem has never been quite so easily solved. An anecdote of Maxim Gorky’s tells us about V.I. Lenin’s complicated relationship to the aesthetic, to softness — to the Bigger Things. “I know of nothing better than [Beethoven’s] Appassionata and could listen to it every day,” Lenin reportedly said. “What astonishing, superhuman music! It always makes me proud, perhaps with a childish naivety, to think that people can work such miracles. But I can’t listen to music very often. It affects my nerves. I want to say sweet, silly things, and pat the little heads of people who, living in a filthy hell, can create such beauty.” Lenin’s complicated affection for and fear of the artistic “miracles” made by humans is a far cry from the knee-jerk philistinism of many American leftists, who reject out of hand any expressions of “sweet, silly” piety for human endeavor (much less spiritual longing!) as the pernicious effect of bourgeois indoctrination.

Lenin sees a problem not with Beethoven’s Appassionata itself, but instead with the “filthy hell” that prevents us from embracing these “superhuman” things. This same horror of the “filthy hell” of modern politics led Bertolt Brecht to write his best poem, “Bad Time For Poetry” (1938):

Yes, I know: only the successful man
Is well-regarded. We are glad
To hear him speak. His face is handsome.

The crippled tree in the yard
Shows that the soil is poor, yet
The passers-by abuse it for being crippled—
And rightly so.

The green boats and the dancing sails on the Sound—
I don’t notice them. Of everything out there
I see only the torn nets of the fishermen.

Why do I only mention
That a forty-year old village woman walks with a stoop?
The young girls’ breasts
Are as warm as ever.

In my poetry a rhyme
Would seem to me almost insolent.

Inside me contend
Delight at the apple tree in blossom
And horror at the house-painter’s speeches.
But only the second
Drives me to my writing desk.

The contest inside Brecht’s heart is the same one harbored by anyone today who is caught between longing for faith, art, and infinity on the one hand, and rage at cynicism, capital, and cruelty on the other. There is no “natural” tension between politics and aesthetics. I am even inclined to believe that there is little tension between materialism and the “oceanic” feeling. Art, philosophy, and science are not separate spheres; this illusion of discrete realms of inquiry is merely another nasty trick played on us by the division of labor. In some other, more just world, Brecht could delight in his apple tree and agonize over his rhymes; I could step into a Church and think nice, Feuerbachian thoughts about Christ and misplaced humanism; and V.I. Lenin could lie down in a sauna whistling the Appossionatta or communing with a Star Face all his own. 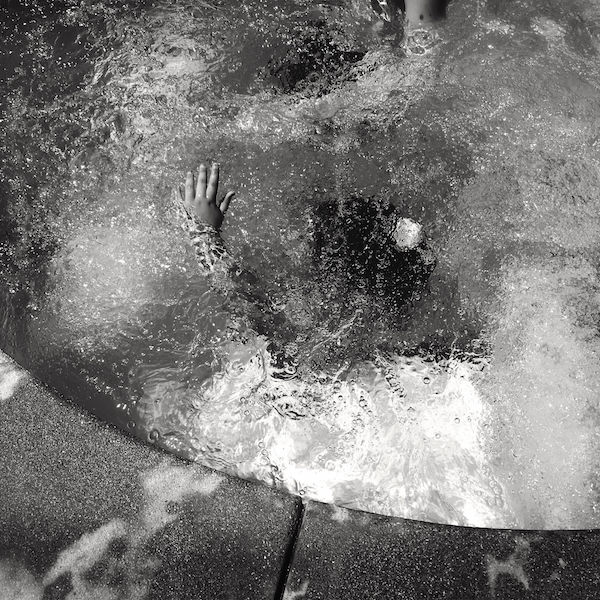