All my people are larger bodies than mine, quiet, with voices gentle and meaningless like the voices of sleeping birds…One is my mother who is good to me. One is my father who is good to me. By some chance, here they are, all on this earth; and who shall ever tell the sorrow of being on this earth, lying, on quilts, on the grass, in a summer evening, among the sounds of night. –James Agee, Knoxville: Summer 1915

My high school English teachers in Knoxville Tennessee opened my eyes to the excellence of Southern fiction. We read Flannery O’Connor and William Faulkner and others, but the book that blew my mind was the autobiographical novel, A Death in the Family, by James Agee. I read it before my senior year of high school as my parents were heading toward divorce. It was lyrical — like poetry — and the young protagonist, all of eight, was sensitive and perceptive in a way I hadn’t often seen kids portrayed in books or movies. That the book was set in my hometown, too, made an impression on me that I find difficult to convey to this day.

Knoxville is Southern, Appalachian, and industrial. It, along with the rest of East Tennessee, was never in favor of leaving the Union. It’s a university town. All in all, it’s a tough city to categorize, but Agee got it right in A Death in the Family. The main character is Rufus, who is presumably the young James Agee (Rufus was the author’s middle name). His mother is a Northern transplant, educated, refined, and urban. His father is a roughneck country boy who moved to town from the boondocks — the Powell Valley — which is still quite rural to this day. As a 17-year-old I connected to the book on an emotional level. The older I get, the more I appreciate its portrayal of an urban and industrialized South, its ability to capture the complicated and varying aspects of the city, the subtle gradations of its neighborhoods and its denizens.

Flannery O’Connor was also an important Southern writer to me as a young student. I loved the weirdness of her artistic sensibility, the dark humor, the strangeness of her characters — the likes of which I’d never seen and have still never seen, despite living in the South my whole life. They were cartoon versions of what she’d experienced in Milledgeville, Georgia. (O’Connor was a cartoonist as well as a writer, so this makes sense.) Her version of the South is unique, fantastical, hyperbolically violent and mean, and very funny.

I liked both Agee’s and O’Connor’s approaches and assumed, as a young man, that both schools of Southern literature — the lyrical/educated/nuanced/socially gradated and the gothic/violent/uneducated/strange — would co-exist forever.

What I’ve discovered in the last 20 or so years is that the Agee side has been eclipsed to the point of near extinction by the O’Connor school of Southern grotesque. The result is a less interesting and less realistic portrayal and public understanding of the multifarious South. Here are a few of the books that I grew up reading, and the sort I hope the 21st century Southern canon will find a place to include:

In Eudora Welty’s Pulitzer Prize-winning novel The Optimist’s Daughter, the titular “optimist” is a doctor in a small town. His daughter, back home after living in Chicago, reads Charles Dickens to her father while he attempts to recover from eye surgery. It’s a novel about the marginally well-to-do in a fictitious Southern town, a snapshot of the days when doctors and lawyers were the elite of a town or small city. It’s interesting, as a time capsule piece, regarding social and economic variations. It’s also a psychologically complex book about educated and reasonably sophisticated Mississippians.

Thomas Wolfe’s Look Homeward Angel so influenced Agee that the younger writer was sure after reading it that there was nothing left for him to say, in the fictive sense. The central figures are Oliver Gant, a Northerner living in North Carolina who reads Shakespeare to his family between epic drinking bouts, and his son Eugene, a sensitive, contemplative sort who seems — and is — college-bound from the go. The book primarily covers middle class Southerners striving not to fall down the economic ladder. It is a sprawling, ambitious, deeply flawed masterpiece. Wolfe scared the hell out of every writer of his generation with this one, the great Faulkner included.

I’d put Agee’s Knoxvillian compatriot Cormac McCarthy’s Suttree in this camp, with its educated and urban-dwelling protagonist, but none of his other books. To me, Suttree is McCarthy’s best novel by a long shot because it covers — like Agee does — a Southern landscape that has elements of both town and country, educated people as well as rough and ready country folk. It also doesn’t give into the easy hopelessness that characterizes his better-known fiction, such as Blood Meridian.

Of course, “serious fiction” must not be Blood Meridian-bleak to matter. The best fiction of a region or nation is capacious and honest. And an honest fiction acknowledges the people you see working the cash register at Walmart who don’t seem hopeless or angry or bordering on violence as they move your groceries down the conveyor belt. I’d argue that optimism — or at least the possibility of it — is more challenging to write and also more artistically brave.

The Moviegoer by Walker Percy would fall into the Agee category, as would All the King’s Men.  As would the complicated to categorize — and criminally underrated — The Yearling by Marjorie Kinnan Rawlings. Set in the backwoods of North Florida, it is a subtle and beautiful account of a boy from a very poor family living in a very poor region. The prose is fantastic. Forget the movie version, which is saccharine in ways the novel is assuredly not. Beautiful, raw, and honest, it deserves to be ranked among the best of Southern literature.

And Cane by Jean Toomer, which is gorgeous and indefinable in its mixing of genres and its moving back and forth from the urban to the country environment. It feels modern and experimental nearly a century after its publication.  In Zora Neale Hurston’s novel Their Eyes Were Watching God, the characters are varied and intelligent, working poor and middle class African Americans, and the prose is simultaneously earthy and elegant.

There are many more, but this gives an idea of the sort of novel I find missing these days in literature set in the South — urban or suburban; or containing a few educated characters; or written in a lyrical or experimental way. Maybe “missing” is the wrong word. The books in the Agee tradition of portraying a heterogenuous South are still being written, but they seem to have a tougher time finding a publisher, especially in New York, or receiving the necessary publicity to reach a wide audience. Why that is the case is perhaps a subject for another essay.  Naming novels I’d place in the Wise Blood category seems unnecessarily provocative and that’s not my intent. I love Wise Blood and O’Connor too, and obviously there is a place in the canon for so-called Grit Lit — fiction that depicts the rougher, more violent, and less hopeful elements of poor white life in the south. But for this reader, that category is close to running its course.

Faulkner, the great lion of Southern fiction — and American, in my opinion — is too vast to be categorized. He could and did do everything, every type of person, rich to poor and everything in between. He writes animals better than anyone. He’s funny, he’s serious, he’s impossible to pin down or pigeon hole. My favorite of Faulkner’s many great novels is Light in August, perhaps because it has the fewest elements of the Mason Dixon grotesque. Or perhaps it’s because it ends on an optimistic note for Lena Grove, the poor, single mother who begins and ends the novel.

When I taught at Motlow State Community College in Tullahoma TN, most of my students worked. A lot of them at Lowe’s, some at the old Frito Lay plant in Fayetteville. Quite a few were farm kids who showed calves and sheep at 4-H conventions. Here’s the thing: they were listening to rap music on their tractors. They had cable TV. They knew what cool kids their own age did in Los Angeles or other places portrayed on television. They came to school wearing clothes like other kids were wearing wherever — they knew the in-style.  They wrote process essays on shearing sheep, compare and contrast essays on favorite pro-wrestlers or rappers. My point is they weren’t types — their likes and dislikes were complicated, like most people’s.

Check out any alt-weekly in any Southern city — the ones that haven’t gone under — and you’ll find write-ups about upcoming jazz shows and art exhibits and things of that nature. There’s likely a Monster Truck rally in town that same weekend, but the same city can contain all these elements simultaneously. I would like a literary canon that can also reflect these myriad and often contradictory elements — reflect them faults and all — but with a much wider range of characters: African-American suburbanites, Latinos in small towns, city dwellers of all stripes — and the poor — rural and urban — whose complicated lives deserve to be told now more than ever, and told with honesty and nuance. 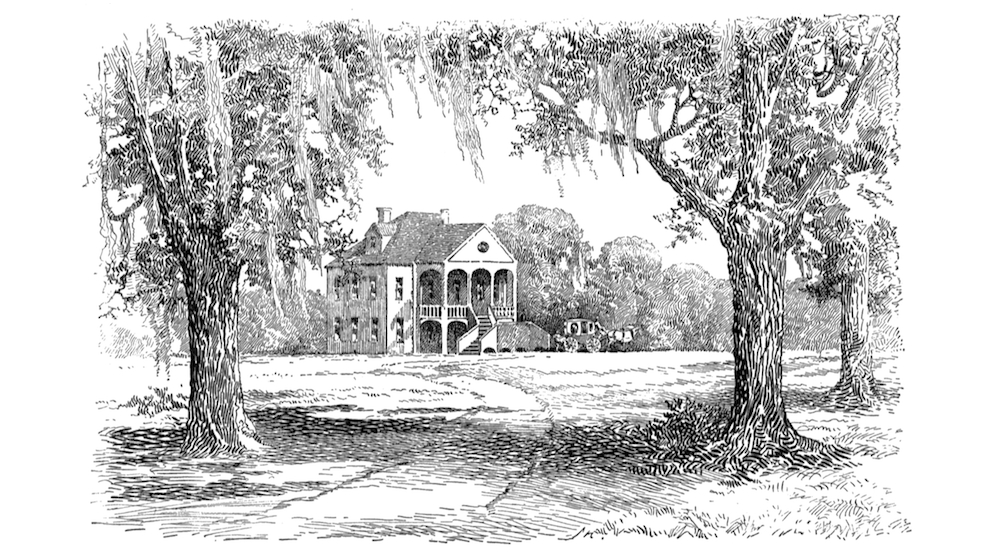