Late in 2020, I received a welcome message out of the blue from Thailand about my most recent book, Vigil: Hong Kong on the Brink, which was published last year by Columbia Global Reports. The message was from Netiwit Chothphatphaisal, a Thai protester who is roughly the same age as — and friends with — Hong Kong’s Joshua Wong, and is someone whose press comments on Bangkok protests I have been reading and learning from for several years. He told me he had read and liked Vigil, a work in which his friend Joshua figures. In addition to his role as an activist, he told me he was involved in publishing books written in other languages, and was hoping I would help him secure rights to publish a Thai edition of Vigil.

This was easy to do, as Columbia Global Reports shared  my enthusiasm for the prospect of the book publishing in Thailand. The fit seemed a natural one, as protesters there are engaged in actions that parallel in interesting ways — though also having distinctive dimensions — those analyzed and chronicled in Vigil. I later learned that Sam Nak Nisit Sam Yan Publishing (Samyan Press, for short), which Netiwit founded with colleagues, is an impressive venture. It has published carefully translated and often beautifully produced Thai editions of works such as the Hannah Arendt essay “Personal Responsibility Under Dictatorship” and Timothy Snyder’s On Tyranny. I am pleased by the idea that Vigil will be in such good company. One source of special gratification is that Arendt and Snyder, as well as Vaclav Havel, someone Netiwit has also translated, are all writers that people I care about in Hong Kong are reading now to help them think through the harsh changes taking place in their city.

In addition to securing permission for Netiwit to publish a translation of Vigil, I offered to write a special preface to the Thai edition. To do this would be to follow in the footsteps of other scholars involved in Sam Yan publications (e.g. a Paris-based historian of China and Hong Kong I greatly respect, Sebastian Veg, had done the honors for the Arendt essay). Netiwit welcomed this idea enthusiastically — and also thought it would be felicitous if my Preface could appear somewhere in the Anglophone world at the same time as the Thai translation was being prepared for publication. What follows, written at a time when news is coming out of both Hong Kong and Thailand of young activists facing prison time for speaking out for things they believe, is the English language original of the Preface.

I am delighted that the first foreign language edition of Vigil: Hong Kong on the Brink is this one. It is fitting for both personal reasons and general reasons that the earliest translation of the book should be into the Thai language.

One reason it is fitting in a personal sense is that 2020 was supposed to be the year I finally visited Thailand. If it had not been a pandemic year that led to many conferences being cancelled, it would have been the year that I made my first trip to a country I have long wanted to visit. I was invited to attend a workshop scheduled to take place in November of last year. If that event had taken place, I would have had a chance not just to see sights I have wanted to see but also to talk to activists about similarities and differences between their protests and the Hong Kong ones I discuss in Vigil. As it turned out, the workshop (one devoted to recent Chinese history) had to be changed to an online one, so I still have not made it to Thailand in person. I am glad, though, that even if 2020 could not be the year of my first visit, 2021 is the year that is seeing my first book make it into bookstores in Thailand. I like the idea of activists I would have enjoyed talking to in person being exposed to my words on the page.

Another reason it is fitting in a personal way for the first edition to be a Thai one is that, while I do not know a great deal about Thailand, in recent years I have formed friendships with several authors who have written insightfully in English about dissent in that country. I have learned intriguing things about the country by reading works by two scholars I know and admire, Thongchai Winichakul and Tyrell Haberkorn, each of whom has written powerfully about student activism in Thailand from the 1970s, when the former was directly involved in protests, to the present. I have also learned important things about Thailand from another friend, the author Emma Larkin. Her most famous book, Finding George Orwell in Burma, is a favorite of mine, as it is filled with illuminating comments, relevant for not just Myanmar in the past but also Hong Kong and Thailand today, about how people living in tightly controlled societies carve out space to think freely, and she has written a couple of essays I admire that deal with Thailand, including one, again relevant for today’s Hong Kong, on the way that small groups would gather, staying just below a banned limit of the number allowed to congregate, holding copies of Orwell’s Nineteen Eighty-Four as an act of protest.  I am pleased to think that one of my books can now be read in a country whose history and politics these friends of mine study and care about so deeply.

In general terms rather than personal ones, it is fitting that the first foreign edition of Vigil is coming out in Thailand because of how fascinating and complex the connections between Hong Kong protests and Thai protests have been in recent years. I do not know how far back the connections go, but I first became aware of them about half-a-decade ago, when I learned that the three finger Hunger Games salute popularized by the film Mockingjay was being used by some protesters in both locations. Young people in both places found common ground then in admiring the story of determined youths fighting for freedom against impossibly long odds. There are echoes between the struggles in the two settings relating to the simple fact that in each case authoritarian governments, often impatient with dissent, have used force and arrests to try to silence protesters. Beyond that, though, are other ties, such as efforts by youths in each setting to create new visions of citizenship and foster a sense that they can help to shape a new kind of future.

One event that made a particularly deep impression on me in terms of these connections occurred a little more than four years ago. Joshua Wong, a figure I have been lucky enough to meet and talk to several times, was invited to speak in Thailand on the fortieth anniversary of the 6 October 1976 massacre but he was blocked from going there by the military government. The Thai authorities may well have had their own reasons to want to stop the event he was to be part of, but many in Hong Kong interpreted the incident as a case of Bangkok bowing to pressure from Beijing, which added to a sense among some protesters there that they and the students of Thailand were part of a common struggle. It is also worth noting that blocking Joshua Wong from speaking in Thailand did not stop him from continuing to exchange ideas with protesters in that country via other means. I know that he and other Hong Kong activists have had fruitful exchanges with their counterparts in Thailand, finding kindred spirits in one another, due to their determination to do all they can to improve communities they hold dear and push back against autocratic forces.

Most importantly of all, it seems fitting to me that Vigil is appearing in a Thai edition before it comes out in any other language besides English because of what has happened in Hong Kong and Thailand since I finished writing the book late in 2019. By the spring of 2020, it was clear that the main theme for that year in Hong Kong would be repression rather than protest. Various forms of resistance and efforts to keep hope for change alive continued, to be sure, but it was a time of mass arrests and the imposition on the local population of a harsh new National Security Law, and this would have made it easy to conclude that the struggle of 2019, despite the size of the crowds involved, was a failure, pure and simple.

It was not a failure, pure and simple, however, in part because it became clear in 2020 that Hong Kong protesters, though failing to achieve the results they hoped for locally had inspired people in many parts of the world with their courage and the creativity of their tactics. The “be water” idea, which stresses the need for flexible tactics and adaptability, that was so crucial to the 2019 Hong Kong struggle proved that it could flow across borders. The strongest evidence for this came from Thailand and it was no accident that expressions of sympathy for Hong Kong came from Thai activists and that expression of solidarity with and support for protesters in places such as Bangkok came from Hong Kong.

In this time when the term “Milk Tea Alliance” is gaining popularity as a phrase that refers to connections across the region that includes Hong Kong and Thailand, it is deeply gratifying to think of my account of the former locale’s struggles being read and discussed in the latter setting. Hong Kong’s story is unique and so, too, is Thailand’s. But there are good reasons why activists from each place have viewed their goals as compatible enough to form bonds with one another, and there are good reasons why those concerned with Hong Kong’s past, present, and future should read more about those of Thailand, and why those concerned with Thailand’s past, present, and future should read more about Hong Kong. I am very pleased, that through the efforts of Netiwit Chotiphatphaisal and his colleagues, my little book can now become a bigger part of this process of exchange of ideas. 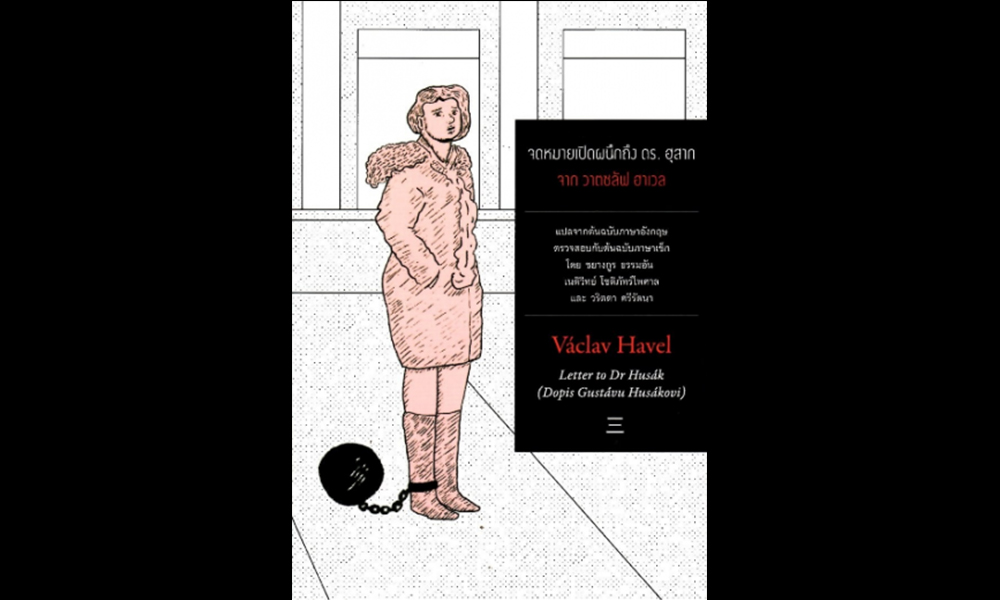