A heap of dead lilies on the table, that small white envelope, my red dress already torn. The desert and his voice playing over and over in my mind like a film. Now, a quieter room in another landscape. Days later, I would open the envelope. I would tear into it slowly, hear the paper rip from its crackling seams.

By then, I’d moved beyond fright, even when I saw my own handwriting through the postmark. The small sheaf of new work I had sent, shot through with dark blue ink:

That’s when the air grew even colder. I expected a small pressed flower, perhaps a token or a trinket. I had moved earlier that year to Buffalo to begin work toward a doctorate in literature, while he headed west. Although young, I sensed the imbalance in power, in compassion, in desire. Still, I didn’t know what to say. That night, the snow seemed to go on for miles.

In the years to come, I would continue to send him drafts, hoping that one would finally crack the glittering ice that had gathered on my mailbox. Everything returned to me the same way, via FedEx:

Somehow you continue to mask your true feelings, your innermost fears…
I can see how afraid you are of losing control…
Perhaps the perfect relationship for you would be with a man who loved your work…
No, I am not the ideal reader for you…

Yes, I should have walked away. But sometimes the will to believe is even stronger than belief itself.

In the months that followed, I allowed sexually explicit things to be written on my poems. When I failed to respond quickly, I wondered how he obtained my new number. I would look at my smartphone and cry.

Worse yet, this same narrative would become fairly routine for me as I interacted with (somewhat privileged, usually older) male writers.

J. from the Iowa Writers Workshop scrawled expletives across a love poem.

Later, K. would publically disparage my body of work, only to tell me privately just how compelling it really was.

S. would remove me from the acknowledgements page of his second book, even after I provided extensive comments on five 80-page drafts. After all, my work wasn’t really “known.”

Another man would color-code my poems, delineating several “zones of worthwhileness.”

I cannot count on two hands the number of times my poems were defaced, erased, or otherwise marked up with a bright red pen. This is not due to a lack of examples, but rather, to the limitations of human anatomy.

Looking back, the questions I would return to most often involved the ethics of reading, particularly when an imbalance of power is at play. It seemed strange to me that the individuals who did violence to my poems were older, white men who attended expensive colleges. At the time, I was younger female contingent laborer who more than likely qualified for food stamps.

With that in mind, what constitutes violence when responding to a literary text? How does this change when the reader occupies a position of privilege? Is there an ethical way to interact with a text written by a member of a historically marginalized group of people, and what does this look like in practice?

The snow is still towering outside my tiny window. But the ice on my mailbox has just begun to thaw.

Textual violence takes many forms. For me, the most egregious of these violations occurs when the reader makes inferences that extend beyond the work as it appears on the page.

Consider the somewhat polemical review of Kathleen Rooney’s book of essays that appeared in The Rumpus:

It is perhaps this obsession with surface and self that does not let Rooney’s narratives progress, this constant sinking into the superficial that does not allow her to move deeper. In addition, Rooney seems always be avoiding one food or another, always dancing around eating — a possible disorder that goes begging to be touched upon.

Certainly, there are individuals who assert the importance of negative reviews, and I do believe that writers should be held accountable for the work they publish. Yet what seems most disturbing about this review is the failure to separate the author from the carefully crafted persona that we see in the essays. Any essay certainly involves some degree of artifice, as we choose which facets of ourselves and our experiences to bring to the fore. To attempt to diagnose an author with an eating disorder on the basis of a constructed persona, pure artifice, seems dangerous to me. And completely, undoubtedly irrelevant to the work itself.

When I discovered that this accusation came from a female writer much older than Rooney, I was appalled. Writers should be scrutinized for their work, certainly, but readers should also be held accountable for their privilege, which can take many different forms.

All too often, very personal essays, poems, and fiction become springboards for attacks that are largely personal in nature. This seemed to be the case when my poems were touted as illustrations of my inability to confront my true emotions. This clearly appears to be true of several other recent reviews, particularly those that deal with Heather Christle’s What Is Amazing.

For example, this review that appeared shortly after the book’s publication:

Only something like a rush to market could have led Christle to invite comparison to work universally acknowledged to have changed the art for the better.

To comment on the author’s perceived marketing strategies when drafting the poems suggests that we can discern authorial intention through close readings of individual poems. Furthermore, this passage psychologizes the author in a way that I find entirely disconcerting.

Yes, most reviewers are well-read, perceptive individuals with impressive backgrounds in the literary arts. This, however, does not qualify them as psychiatric professionals.

The same envelope sits on my coffee table. Its edges still ripped from their seams.

Is this textual violence always gendered, and if so, how?

Not always, but more often than not, it is gendered. I present you with a review of Traci Brimhall’s Our Lady of the Ruins:

Things have gotten to be so awful, you will need some even scarier metaphors. Will you have enough energy to produce them? You weren’t born until 1982, so you probably have energy galore.

First of all, this discussion of the book seems overly aggressive in its use of the second person. This stylistic choice immediately makes the criticism of the work seem personal in nature. Yes, there is room for creativity in literary criticism, but for an older male poet to address the author directly in a vaguely menacing tone seems more than a little problematic to me.

Furthermore, to tout her personal details throughout the review — most notably her age, which is referenced throughout the piece — gives the impression that the reviewer is forming judgments about the work based these bits of personal data. Otherwise, why mention them?

No, I don’t believe that older male writers owe aspiring younger women positive reviews. But why attempt to silence a demographic in society that is already more than a little marginalized?

Now, a knock at the door. The FedEx truck is parked outside my apartment.

What, then, do critics in a position of privilege owe others?

Poetry criticism is an art that should be practiced mindfully and with self-awareness. I continue to be shocked by the extent to which individuals lack any awareness of their privilege.

I believe that reviewers should avoid foreclosing possibilities for individuals to appreciate a given work of art.

On a related note, our biases are often the result of class, race, gender, and our otherwise limited experience of the world around us. Reviewers should not hold up their personal tastes as a normative standard that others should aspire to. Humility is a virtue, after all.

The reviews that excite me most, and remind me what is possible within literary criticism as an art form, are those that open up new possibilities for individuals who may or may not have encountered the work in question.

With that in mind, I offer you John James’ recent review of American Barricade, which appears in the current issue of Boston Review:

Exploring the interplay of economic and psychic obstacles to progress and happiness, the book’s calculatedly irregular punctuation and syntax and diverse forms make for a work of perpetual shifting, uncertainty, and dread.

What’s interesting about this passage is the critics’ concerted effort to situate the work in a larger social and cultural landscape. I admire the ways that this review highlights the potential for stylistic choices in poetry to be read as politically charged, socially relevant, and philosophical. In my opinion, reviews like this one instruct interested readers as to how to approach the work in question, but also, they open up new possibilities for individuals who have already encountered the text. I’m deeply invested in reviews that foster a richer experience for readers of poetry, as well as reviews that help literary works reach an appropriate, appreciative audience.

I do believe that there are occasions when critics can, and should, point to a work’s failures. More specifically, if a book would likely be unsatisfactory for a particular type of reader, this seems like a legitimate concern to address in a review. Consider Lincoln Greenhaw’s discussion of Dawn Lonsinger’s Whelm, recently published in The Colorado Review:

This tendency brings me to my only bone of contention with the book. It can be hard to render inside the reader’s skull the sheer number of images implied by many of the lines:

they can hear glaciers

tipping, water rising, maybe
the ovary-nouns by their own de-
vice map the water in

But this is a minor issue in light of the book’s determination to overwhelm. Underlying such images is the figure of the individual trying to steel itself against the flood of the objective world at one moment, or against a flood of memory the next. The self in the poem is often presented in a contentious relationship to the inanimate world (“the topiary brain—scissored / by shadows”), and the tension between those two elements leads the book to turn inward, to investigate the inanimate elements that make up the subjective self.

What’s perhaps most compelling about this review is the way that Greenhaw delineates the readers for whom the book would probably fail, but also names those for whom the work would more than likely succeed. I appreciate Greenhaw’s efforts to help the book reach an appreciative audience, while at the same time, serving a gatekeeping function, explaining clearly and detachedly the type of reader who would be better served by another writer’s aesthetic.

Reviewers are not arbiters of taste, but rather, they are ushers in a room full of empty chairs. I can only hope they will show us the way. 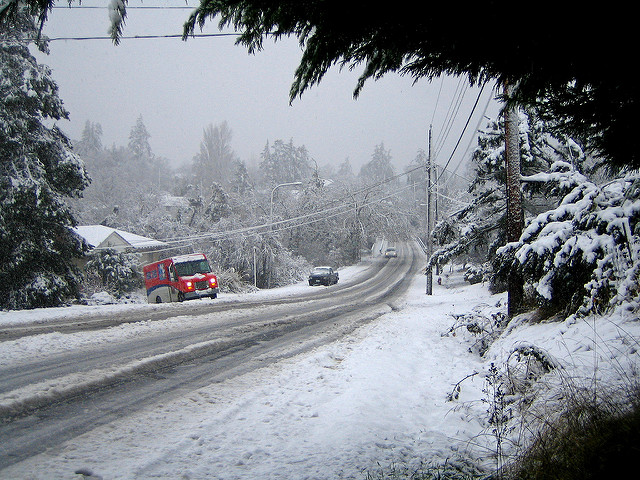