One time in college, a guy at a party said my elbows were too scratchy. He had already touched my arm a couple of times, flirtatious little grazes, but when he touched my elbow he jerked back, yelping as if I’d burned him: “You need to moisturize!”

If you’re familiar with the concept of a pick-up artist, then you’ve probably already identified this as a “neg.” Pick-up artists are experts in what they call “seduction” or “game”; they take classes, read books, and engage in long internet conversations about tactics for convincing strangers to have sex with them. Viewed generously, seduction is a practical way for shy men to be proactive in their quest for love. Squint just a little bit and it gets very icky; most seduction techniques are designed to knee-cap women physically (blocking their exit paths, touching their elbows) as well as mentally. To “neg,” for example, is to subtly insult someone, undermining their confidence so that they start working to win your approval.

Mr. Elbows did not succeed in picking me up, but he did worm his way into my brain. Twelve years later, I still moisturize my elbows every morning. And it doesn’t even work! My elbows are scratchy. That’s just the nature of elbows.

So it was with a satisfying schadenfreude that I picked up Rachel O’Neill’s book Seduction, an ethnographic study of the pick-up artist community in London, and read dozens of stories about misguided men practicing choreographed, artificial pick-up moves while draining all spontaneity and emotional connection from their lives. At one point, a trainer doing a live demonstration runs up to a woman on the street only to be flummoxed, as O’Neill describes: “As he’s delivering his opening line she’s looking around, incredulous, and asks: ‘What’s going on?’ The woman tells the trainer that he’s the third man to approach her that morning, all of them saying the same thing.”

Take that, Mr. Elbows!! I thought. We’re on to you!!! I’ve been recommending Seduction to friends ever since. For anyone still moisturizing the scratchy spots inflicted during a get-past-the-gatekeeper ploy for sex, Seduction is filled with this kind of small revenge.

But surprisingly, the book is also a font of empathy for the men it portrays. O’Neill’s sharpest criticism is for the industry, a commercial endeavor exploiting men’s anxieties. The men themselves are often pitiful. They spend shocking amounts of money on pick-up artist workshops, including week-long “residential trainings” that cost upwards of £5,000 and that so directly promise access to women’s bodies they might as well be pimps. Yet what the men actually seem to be paying for is other men’s companionship and validation. More than one man in the book sets up expensive, one-on-one coaching arrangements, which look a whole lot like paying someone to hang out with you. A man named Gerard says of his private trainer, “He sees me more as a client, which is fine. I see him as a friend, but we keep it professional… I’d say we’ve got a professional friendship.”

My deepest sympathies were with Anwar, a man in his late thirties who described losing a close friendship with a woman after a seduction workshop. He had taken the workshop explicitly to seduce that woman. “She was the only thing I really cared about… She just said I’d changed and she said that she didn’t know me anymore.” Worse, Anwar doesn’t blame the training. “It’s my fault for not having the skills and using them properly,” he says.

I picked up this book expecting to gloat; by the second chapter, I found myself gasping in horror.

Seduction generates this empathy because it’s an ethnography — a portrait of a group of people, written by an anthropologist or other social scientist. “Ethnography” refers both to a set of research methods and to the final, written text synthesizing that research. Most ethnographies are based on a year or more spent hanging out, eating, shopping, working, and sometimes living alongside research subjects. The resulting books are not a commonly-read genre; they’re academic texts, and often come with in-line citations and dense theory. But they are also often riveting — and in our current political moment, it’s a genre that deserves more readers’ time.

Before I argue you into reading more ethnography, I want to acknowledge that it comes with baggage. The discipline started with white anthropologists swashbuckling through colonial empires, extracting knowledge from local people in tandem with other white men extracting wealth. Ethnography today can still be problematic, and it is regularly challenged.

But importantly, these challenges come most often and most rigorously from within the discipline itself. An early example of this self-critique is Franz Boas, whose 1894 speech to the American Academy for the Advancement of Science told “the gathered dignitaries that their anthropology amounted to nothing more than a political justification for [racial suppression],” as Claudia Roth Pierpont writes in The New Yorker.

Anthropologists and social scientists ever since have been working to correct the discipline’s structural and racist flaws. These debates are still roiling; as a result, ethnographers are constantly preoccupied with the power dynamic inherent in writing about other human beings, and every ethnography includes nuanced discussions of the pitfalls of representation. O’Neill, for example, includes a fascinating section about how “my positioning as a young, white, and middle-class woman has shaped the research,” and what it was like, as a woman, to “navigate a community-industry which promises heterosexual men ‘mastery’ with women.”

These discussions are what make ethnographies valuable reading material for us non-anthropologists today. As we search for an escape from our suffocating, hyper-polarized political echo chambers, ethnography shows how to argue honestly with people we disagree with, and maybe finally get somewhere.

Unlike today’s partisan arguments, which tend to focus on the supposed hypocrisy of the other side, ethnographers are compelled by their own standards to fully digest a person’s point of view, to acknowledge their own bias, and to strive for empathy. Through her research, O’Neill has conversations with people she vehemently disagrees with, and who sometimes explicitly seek to exploit her. She puts in the work to understand why they’re so compelled. She reproduces their arguments faithfully — then she dismantles them. It feels like she’s fighting fair.

In other words, ethnography is the opposite of the political echo chamber. It’s the antidote to that queasy feeling I get after 10 minutes on Twitter. In a political climate where both sides flatten and caricaturize the other as hypocritical villains or imbeciles, ethnography is good for the parts of our brains that thrive on critical thinking.

As a political genre, ethnography also explicitly moves beyond individual arguments in order to critique the whole damn system. In exploring the way power is both expressed and reinforced through language and storytelling, ethnographies help us see the gaps in them.

That’s because ethnography, like journalism or documentary film, is built from stories about individual people, but unlike other kinds of nonfiction extrapolates from individual stories to explain larger social rules. The men in O’Neill’s book think that their lives are totally under their own control. One trainee, Elijah, described breaking up with a girlfriend after a fellow pick-up artist told him he was “losing his edge”; even though Elijah calls the woman “perfect,” he breaks up with her in order to “keep his game.” He tells the story like it was the right choice. O’Neill shows that his “choice” is guided by the salesmanship of a seduction industry that only makes money if he’s lonely.

We all do this. We like to believe our lives are totally the result of our choices: I got out of a speeding ticket by sweet-talking the cop instead of The cop decided not to punish me because I’m white. Or, My job is so important I can only take a month of maternity leave instead of My country doesn’t want women in the workforce so I have to cling to my place in it. An ethnographer reads the social logic between the lines of individual stories, tracing the patterns that guide our choices. This is good practice. It’s hard not to read about a group of people who are consistently lying to themselves (“we’re professional friends”) without starting to wonder about your own self-delusion.

To that end, here’s one of the most revealing anecdotes in O’Neill’s book: Pick-up techniques don’t work in Denmark. For a woman in a country with a strong social safety net, it’s presumably less distressing to be told you have scratchy elbows, because your financial and physical security isn’t touched by your “value” as an object of desire. I’m a feminist and I’ve read as much Marx as the next guy, but I would never have made such an explicit connection between predatory dating and capitalism.

O’Neill does, and convincingly. She compares seduction training to the lessons I grew up reading in Cosmopolitan and Seventeen. She also shows that both of these are infused with the logic of late capitalism: relationship advice speaks the language of the market and sings to our anxieties of scarcity. That’s not to say that seduction is good (any more than Cosmo is good). It’s that the men who are seduced by the seduction industry are coming from a similar place as I am. They’ve turned to a false solution, but it doesn’t mean their pain isn’t real.

One finishes this book convinced that the seduction industry needs to be stopped. Beyond the empathetic portraits I’ve included here, Seduction contains plenty of stomach-turning stories of racism, sexism, assault, and abuse (one trainer describes a “seduction” interrupted when neighbors called the cops because they heard a woman screaming). But I felt the seduction industry to be morally bankrupt even before I read this book.

What O’Neill uniquely offers is a way to empathize with these misguided men — to see them not as hateful antagonists, but lost boys, trapped in the conviction that they are the lone hero of the story. Not to let them off the hook, but to see ways they could learn and change. One finishes the book wondering how they might break away from the expensive, isolating hobby of paying other men for validation.

Perhaps reading some ethnography would help? 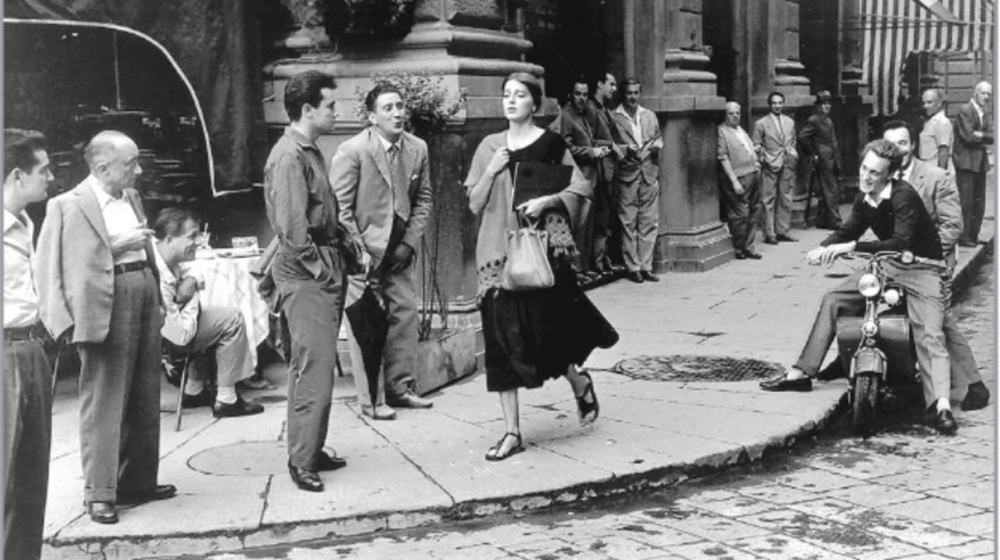