A couple of years ago we had the case of Miriam Weeks, whose screen name was Belle Knox. As a student at Duke University, she began speaking publicly about her role as a pornographic actress. Predictably, it caused a stir within her university and the larger western world. She spoke about her childhood — of growing up with the usual doses of conservative, Christian morality — and defended her exploration of sexuality through pornography. Weeks was harassed by threats of violence and demeaning messages via social media sites. Her ordeal provoked a wave of misogyny in reaction to a woman exploiting her own sexuality on screen. Though conservatives defended her against the attacks she received, they also condemned her choice — as if a woman’s choice to participate in pornography could be understood only within the arguments of victimization. It seems difficult for some people to consider the possibility of thrill. Porn actors, of course, have to deal with the constant demands of sexual performance which may often take a toll on them. The porn industry is a fiercely competitive one, and the actors deal with excess, monotony, and competition in their jobs as much as with other professions. If there are women who are unfazed by the demands of having sex on screen, to simply point out they are doing something wrong is refusing to understand pornography outside one’s own moral sphere. A moral view that refuses to acknowledge what others find permissible ensures lack of empathy apart from understanding moral heterogeneity. If one person’s morality is another person’s immorality, we are still trapped in a world of moral relativism. In the case of pornographic actors, moral assumptions against their work ignore the genuine problems they may face within the legitimacy of their profession.

Whenever critics have argued about the effects of pornography on society, the attitude has mostly been a conservative apologia for “normal” sexual mores. This takes the whole sting out of the argument. First, there cannot be any aesthetic thought-police that prescribes and enforces a proper sexual diet. Pornography’s literary or artistic value has always been under contention owing to its transgressive nature. Many literary classics, from Pietro Aretino’s works in the 16th century to a host of modern European writers that included Gustave Flaubert, D. H Lawrence, Henry Miller, etc have been charged with pornography for books later regarded literary classics. The history of moral blindness towards art that depicts human sexuality has remained a retrospective of errors. To ban art and literature for its pornographic content by calling it pornographic means the work is nothing more than pornographic, which is untrue. But the deeper problem is to mark the depiction of sex as pornography. It comes from a religious mindset masquerading as moral concern against the secular freedom of art. Religious art often frankly depicted human nakedness. There are the sculptures of Khajuraho, as well as paintings during the European Middle Ages and the Renaissance. There is a close and intimate relationship between the depiction of nakedness and religion imagination, repressed later by Victorian morality.

In popular pornography, sexuality and nakedness serve people’s graphic curiosity, where arousal plays a significant, logical part. Imagination begins and ends at the level of nudity and sex in pornography. Erotica, however, is regarded superior due to its apparent suggestiveness. “One man’s erotica,” wrote Bertrand Russell, “is another man’s pornography.” It is a succinct observation regarding aesthetic relativism of erotica and pornography. But is it a valid one? The idea of pornography in art and literature suggests a lack of depth, and in the visual medium, a lack of subjectivity. Both deny the place and imagination of the writer, the artist and the performer, solely on grounds of morality. One can raise a counter-question: what about art that questions morality itself? Morality cannot be expected to allow what refutes it, but nor be allowed to judge it in advance. From a Nietzchean perspective, it is the task of art to question truth and morality.

If we escape the mind/body hierarchy and realize that the body has a mind of its own, the performance of sexual organs can’t be called stupid. But reduced to sensations, human beings might appear funny, even stupid. At times, people have even found the sex-act laughable. So what are we talking about? Sex and self-importance don’t necessarily go together, Wendy McElroy points out, because human “objects” can never completely lose their “beings.” Considering both Paglia and McElroy‘s thoughts on this matter, one might be tempted to call pornography a tension between being and being objectified.

The French surrealist Andre Breton imagined a perfect society where men and women could make love in glass houses. For him, the notion of closed doors with regard to sex was a result of religious and bourgeois morality. Breton’s idea indicates a society in which sex is completely open to voyeurism, but enjoys its celebratory moment in the interstice between public gaze and private sensation. The very absence of such a future reveals the historical changes of a society in which it is no longer possible for public voyeurism to exist sans violent consequences. Because of this, voyeurism has become as private as sexual love, with all the psychological phenomena of social alienation writ large in both cases.

Sexual fascination of all kinds is both intrinsic and social — the body is always a site of fantasy, distorted through social biases and superstitions. Socialization cannot take the role of moral arbiter and guardian of sexual desire. Sexuality is transgressive by nature, which, as Freud explained, needed sublimation to invent the idea of culture. It is this threatening aspect of sexuality, of women’s sexuality in particular, that Camille Paglia says leads society to constantly tame and control it.  A culture assumes it cannot name itself until it demystifies sexuality and mystifies its modes of denials in return. This attitude ends up doing the precise opposite of what it intends: sexuality is mystified into imageries of transgressive impulses, and the world of so-called values becomes a morose prison-house which people secretly betray. To suppress sexuality is to insurrect a society of lies, held together by demarcation in the private space between the secret lair of sexual liaisons and the so-called sacred home of the family — hence the presence of brothels, which lie far away from the “cultured” world.

The obsession with pornography, which might turn one’s real relations with the world bizarre and thus create problems in social spaces, needs to be tackled not by shouts of banning the effects that arise from sexual forbiddance, but by probing into the causes that force human beings to become guilty and ashamed of their sexuality. The Mexican poet-critic Octavio Paz addressed the issue with clarity. “The human image,” he explains, “has been considered sacred in all religions and civilizations, and therefore the representation of the body has often been forbidden.” The desire for pornography, Paz asserts, rests “precisely in the transgression of such a prohibition.” What alarmed Paz is not the “existence” of pornography but the “consumer economy” built around it today, which, he laments, has turned the transgressive power of pornography into an institution of business and advertising.

The body will always manage to subvert the restrictions that deny and violate its place of glory. If pornography is a rebellion and a laugh at sexual conservatism, the innocence and risk involved in such a rebellion should be reclaimed against the moralist’s reprimands. We need pornography as a part of counter-culture. We need a less market-oriented, less masculinized, less “productive,” and a more transgressive pornography to flourish.  Wolf makes a pertinent point regarding “sexual imagery” being “heavily edited to protect men’s sexual — and hence social —confidence while undermining that of women.” There should be a moving away from the phallocentric obsessions in pornography, where bodies cater to a collective male ego. There needs to be a dismantling of the masculine and feminine stereotypes that also feeds the market of cosmetic bodies. All said, it is nevertheless a transgressive attribute that pornographers, as Louis Menand put it in an article in the New Yorker, are regarded “the gypsies of the culture industry” 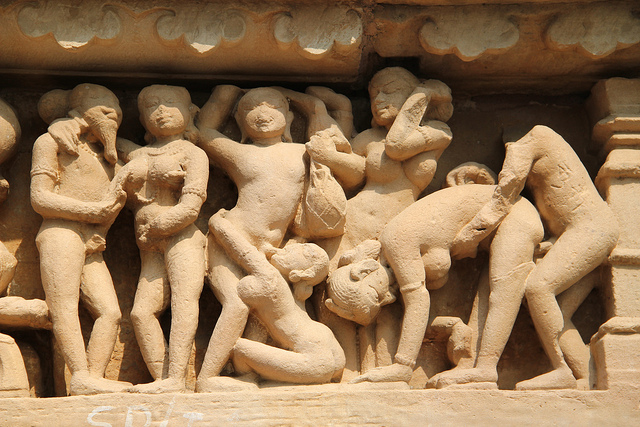