Jose Bello — a student and immigrant activist in Bakersfield, CA — was arrested by ICE in mid-May, two days after he read his poem, “Dear America,” in front of the Kern County Board of Supervisors. The ACLU has made a First Amendment claim on Bello’s behalf, alleging that ICE’s arrest was retaliation for his speech. They argue that such arrests will have a chilling effect on immigrant speech.

Bakersfield is dominated by agriculture and oil, has a longstanding history of white supremacist organizations (still ongoing), has had a huge increase in its Latinx population over the last few decades, and is part of Minority Leader Kevin McCarthy’s congressional district. It is also, incidentally, my hometown.

Bakersfield is probably best known for its country music tradition (the “Bakersfield sound,” of which Buck Owens is the best exemplar), but Bello’s reading calls us to think about its poetry. In particular, Bello’s poetry calls to mind another poet who grew up in Bakersfield: Frank Bidart, who I happened to encounter as my poetry professor at Wellesley College in 1998 or 1999.

Following Trump’s inauguration, Bidart published a poem in The New Yorker where he suggested that Trump’s election revealed the bankruptcy of a dominant motif in American art: that America is a great “idea” to which reality fails to live up.

Bidart’s poem jettisons this idea by turning to “Bakersfield” as the reality of America from which all ideas, art, and praxis must emerge:

contralto, whom the Daughters of the American Revolution

would not allow to sing in an unsegregated

Constitution Hall, who then was asked by Eleanor
Roosevelt to sing at the Lincoln Memorial before thousands

was refused a room at the Padre Hotel, Bakersfield.

My mother’s disgust
as she told me this. It confirmed her judgment about

what she never could escape, where she lived out her life.

My grandmother’s fury when, at the age of seven or
eight, I had eaten at the home of a black friend.

Bakersfield. When I was a kid, Okie

was still a common
term of casual derision and contempt.

It was still a “common term of casual derision and contempt” in my childhood, too.

Bidart’s Bakersfield is a place of entrenched racial hatred and exclusion — and so too, he is saying, is America. His mother, the isolated person who sees the injustice around her, does not change it, but only feels “disgust.”

Bidart’s poem mourns the loss of the idea of America. Yet the poem intimates that this mourning opens onto a new beginning. In revealing reality, Trump’s election gives clarity to the task at hand:

So it was up to us, born
in Bakersfield, to carve a new history

of which history is the mere shadow—

Carving a new history is the work of politics, but also of art.

When Bello got up to give his speech (which can be viewed here), he said, “I’ve got a lot to say, but I’d like my poem to speak for me.”

Poetry, as Arendt reminds us in The Human Condition, is a form of art that lends permanence and objectivity to a world that might otherwise be fleeting or uncertain. Writing and reading poetry help to build a world where people can connect with each other, form communities, and act politically together.

Bello’s poem, “Dear America,” sought to build a world where immigrants have power, love, and the moral high ground — and he conjures a victory for this world over the hate-filled, violent politics of the Trump administration and its allies. Yet Bello also imagines a world where we see ourselves, and our destinies, as intertwined. He writes:

The fight has begun.

‘We will never be apart, chiquito,’

Is what I promised my son.

Y’all can justify your actions,

And try to make excuses,

The bottom line is that at the end,

The people always triumphs and the government loses.

Do not consider this a threat.

Our intentions are to continue making America great.

It’s time to begin standing up for what’s right.

‘Our national security-’ Does that make it alright?

The youth have to stand up.

We have to unite with our peers.

Speak wisdom into their ears.

Because at the end of the day,

Retaliating against Bello does not just have a chilling effect on immigrant speech. It also cuts apart communities, thwarts those who seek to describe their own reality and politics, and destroys political solidarity. This is wholly of a piece with the cruelty of American agents in ICE and CBP toward all undocumented people and immigrants in this political moment.

Yet poems, as art, stand on their own and continue to speak for the poet — as Bello’s hoped his would — when the poet is unavailable, incarcerated, detained, or killed.

Justice for Bello as an individual may be sought in the courtroom, as the ACLU is doing, and as so many other lawyers (and organizations like Al Otro Lado) are doing for so many people who are currently detained at the border, and throughout this country.

Yet alongside this important project, Bello’s poem calls us to another kind of justice, what we might call “poetic justice.” Poetic justice demands that we see the reality Bello depicts, and respond to it by bringing into being the community he is calling for: a community of love, resistance, and hope.

Poetry, says Audre Lorde, is a way of crafting a new language, helping us say, think, or envision what we could not before. Bidart and Bello both invoke and practice poetry in this way, but they do so from different positions, and with different relationships to the American idea. Bidart spent his childhood in an old, white Bakersfield farming family (a world in which I also grew up), while Bello came to the United States when he was three, and is a student and farmworker.

Bidart’s poem performs the disgust he ascribes to his mother, calling us to abandon a fantasy that masks the real America: an America of racial hatred and exclusion. For him, we must learn to say and do what was once unthinkable, so that we can carve a history that leads us somewhere new.

Bello, in contrast, is not willing to cede the American ideal of equality and freedom to Trump and his admirers. The problem for Bello is how he and his community may become newly legible within that history, as its dreamers, speakers, and agents. Bello’s poem reveals the limits of Bidart’s: it is easier to throw away the American dream when one is comfortably recognizable as its recipient.

Bidart is certainly right that we need to look hard at our reality without the comforting blinders that the American ideal can offer. We must face the reality of the detention camps, white supremacist violence, the daily cruelty against the marginalized.

Yet we also need to look at that reality from the perspective of those — like Bello — who have been declared illegible and unimportant by this administration and the agencies that support it (like ICE and CBP).

In his poem, Bello speaks of himself as both inside America (as part of “the people” who will triumph) and outside (as someone who is writing to America). His poem calls us to see the precarious, and dangerous position of those undocumented people who are standing up, courageously, to tell their story and demand justice. It asks us to acknowledge their reality, and respond to his call for “the people” to “triumph” by continuing to build the world of equality, safety, and respect that the poem demands.

Bello seemed to know, when he read his poem, that his activism needed more than facts and data if it was to change the way we think and live. He also needed poetry, to imbue his act with a lasting impact and meaning. And in that TRUTH Act hearing in Bakersfield, Bello was his own poet: revealing the significance of his own action to a mostly conservative and (likely) inhospitable political audience. “We demand our respect,” he said, “we want our dignity back.”

But now he is our poet, too. By reading and repeating his poem, by inscribing him as a poet of (but also writing to) America, we can affirm and help to build the world and community his poem imagines. Through listening to his reality, we can learn to be poets of the possible, too. 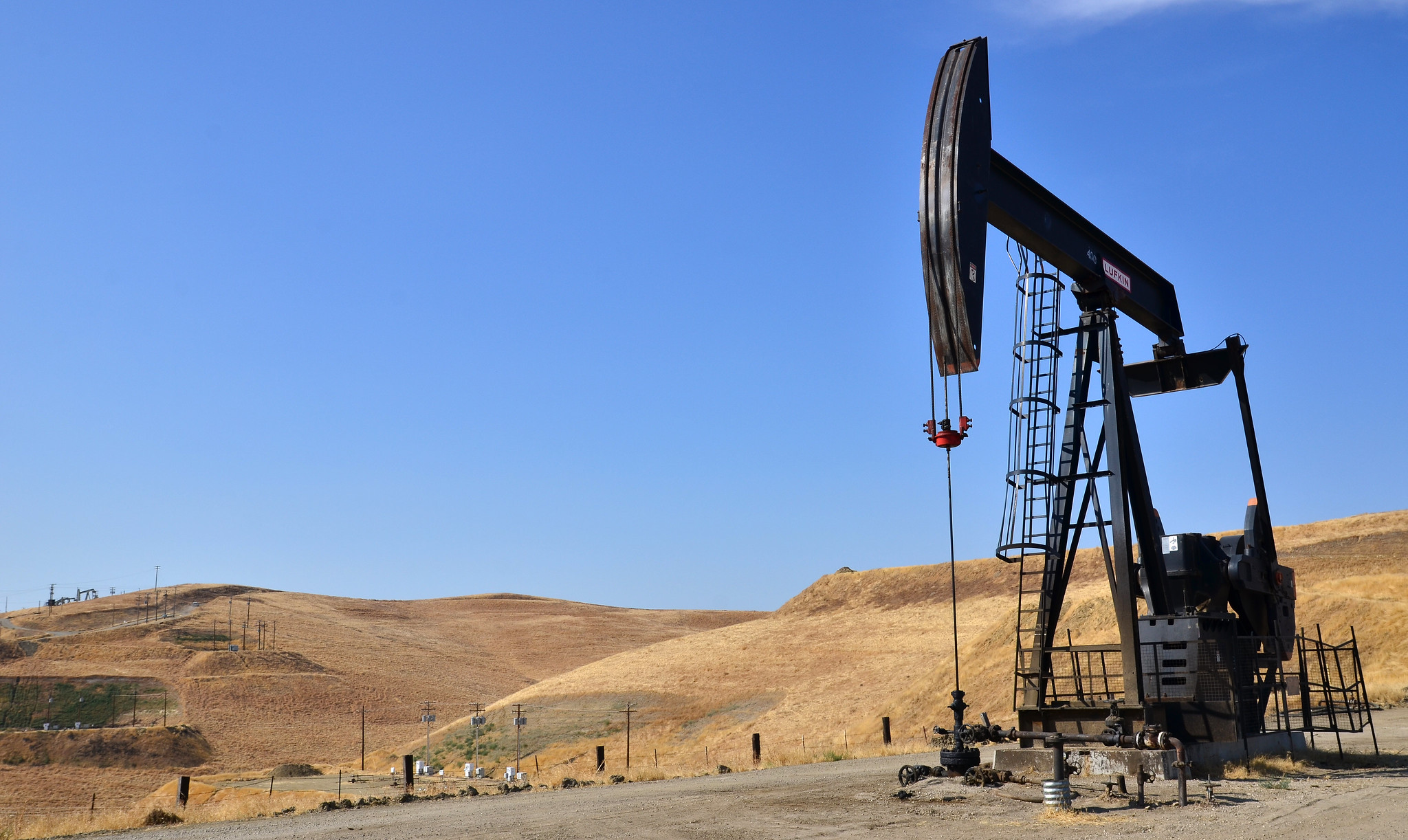