The power to turn one thing into something else entirely — people into animals, indifference into love, wishes into facts, ideas into realities — is as desirable as it is difficult, which is why for much of human history the power of transformation has been regarded as the ultimate form of magic. Alchemists in the Middle Ages searched in vain for a “philosopher’s stone” which could transfigure common metals like iron, nickel, and mercury into gold, and also rejuvenate the decrepit.

The New York Times philosophy column The Stone was, no doubt, named after this omnipotent pebble, sought by everyone from Paracelsus to Harry Potter. Its editors Peter Catapano and Simon Critchley, however, succeeded where Albertus Magnus failed, turning the desiccated and technical prose of certain academic philosophers and the clotted and difficult style of certain others into something that Times subscribers might want to read and that might illuminate various contemporary issues, or at any rate envelope them in a usefully different sort of murk.

Good writing may shine like gold in the end, but in our limited experience, it starts out as something else entirely. Anne Lamont famously says that every opening attempt at an essay is a “shitty first draft,” and we are quite equipped to verify the smell. Each of us contributed several pieces to The Stone over its run. We’re grateful for the exposure of our ideas and bylines to such a wide audience. But we are even more grateful for the editing that made us look smoother and more thoughtful than we actually are. Catapano made us read awfully well, or at the very least far better than we did in the drafts we sent him. We are grateful too for his vigilance as editorial gatekeeper, for all of the hopeless essays that he turned away. (We have the questionable distinction of being two of the most rejected authors in The Stone’s history. Certain substances aren’t plausible candidates for alchemical transformation.)

When a philosopher decides to write for a general audience, it rarely goes well. Their education and professional training militates against comprehension. You wouldn’t want Hegel or Heidegger, or for that matter Aristotle, writing for your newspaper. We, too, internalized the lesson, so vital to the preservation of the discipline (and the central cause of its irrelevance), that the most important, most brilliant, philosophical nugget was also the most abstruse. Catapano and Critchley disabused us of this notion, reminding authors at The Stone that philosophy in its original conception, and still at its best, is a form of teaching.

Last month, we were saddened to hear the announcement that the Times would no longer be using “The Stone” as the title of a formal column in its pages. Obviously, philosophers can still submit opinion essays; few probably will. The academy does not necessarily encourage or reward the public intellectual, as when figures like John Dewey and Jane Addams wrote prolifically for a general audience. Ages like that are not primarily created by authors, but by editors and publishers who create the space for writers who otherwise might not ever reach the public.

The reason that we submitted to the Times was that there was a space for transforming our abstract writing into something a bit more relatable, and thereby valuable to all. Beginning in 2010, The Stone showed that there is a large audience for philosophical ideas, a fact which still surprises and pleases us.

And looking at the whole run, it is a remarkable intellectual archive of the last decade. Early on, the presiding spirit seemed to be Gary Gutting, who gently focused on spiritual questions. Throughout the second half, a central figure was George Yancy, who produced a remarkable series of essays (including the searing “Dear White America,” written after the killing of Freddie Gray) and interviews with the likes of Noam Chomsky, Judith Butler, Seyla Benhabib, and Charles Mills. Michael Lynch, Todd May, Bryan Van Norden, Justin Smith, and Laurie Shrage contributed often enough to shape the flow.

The Stone helped drive something of a revival of public philosophy or at least showed that the old horse might still have some run, and if it took the thinking life to a wider audience, it also provided philosophy professors, as we can both testify, with many hours of water-cooler conversation. And it provided its contributors with stacked-up inboxes: it let us know someone out there was with us; it found us readers, students, fellow thinkers. The Stone might not have granted us immortality, or single-handedly saved philosophy from senescence, but it guaranteed something like currency and durability to ideas that otherwise would have disappeared in the growing cloud of academic jargon.

John Kaag teaches at the University of Massachusetts, Lowell, and Crispin Sartwell at Dickinson College in Pennsylvania. 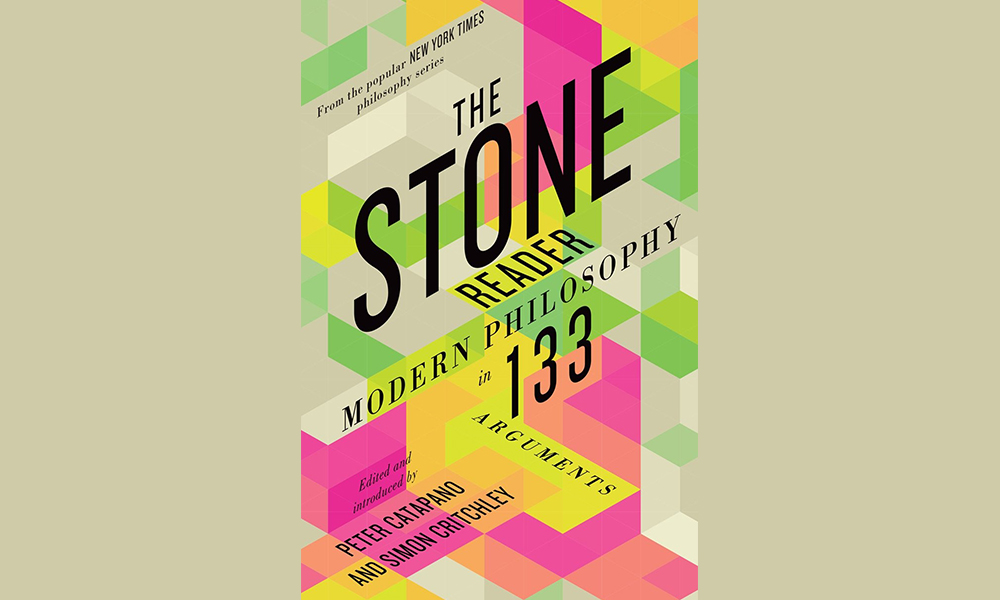