Before I die… this is the writing prompt I used to give the first day of class. And I wish I remember what the tall young blonde had written. Carrie Melvin, whose favorite novel was The Lover by Marguerite Duras. She brought a copy to class and talked about it sheepishly. Like this was revealing something very secret about her. The way we do when we talk about books. I wish I was paying special attention to what she said. Because two weeks later, in July of 2015, she was murdered.

Outside of class she worked as a waitress and freelanced as a social media marketer. She was contracted by Ezeoma Chigozie Obioha to do some marketing for his clothing line. Obioha paid her with a bad check. She told him she was going to sue him if he didn’t pay her. She came to class in short skirts and big sunglasses.

July 5, 2015, Carrie Melvin was walking down Sunset Blvd. with her boyfriend, and Obioha allegedly walked up behind her, pulled out a shotgun, put it to the back of her head, and pulled the trigger. He fled in a black sedan. The next day our class was somber and I was more awkward than usual. Some further investigations were made, Obioha’s home and office were raided, in addition to a clothing line he ran a private security company. With guns like that which shot Melvin. He was arrested and detained without bail. Obioha has been charged with murder, he entered a not guilty plea and has been ordered held without bail.

This November I read at a literary festival near a place I would ditch high school to go buy manic panic hair dye in reds and greens and blues, a neighborhood full of thrift stores and skate shops where people stand in line to buy the latest kicks. In my twenties, in the same neighborhood, I worked at a legal clinic for homeless veterans during the day and at night I’d hostess at an Italian restaurant where I sat outside mostly and snuck cigarettes while the guy who owned the Mexican restaurant across the street sent over roses and margaritas.

After our readings we were shuttled to a venue down the block to collect our checks. While eating dinner, we overheard the guy who organized the event arguing with a woman about payment. He handed her an empty envelope. He was cussing at her, telling her he was tired and that she needed to put her complaints in an email. It sounded as if he was saying he couldn’t pay her. She ran out of the restaurant defeated.

Since that night I’ve spoken to other women who reported that when they inquired about payment this man “raged” at them, and that he often sought free advice. He set the festival up by having one reader delegated to book three others for their set, read themselves, and help manage logistics. Each set got $200 to split amongst themselves (so fifty bucks each although one person had more responsibilities than the others). Meanwhile the guy budgeted 40 percent of the budget for the event, or $5000, as pay for himself. It’s not that I think this is too much for him to get compensated but considering the amount of work he did versus the assistant producers and the readers I think that he overpaid himself and underpaid others.

He had agreed to pay the woman with the empty envelope $500 to be a producer of the festival, she told me, and then refused to pay her because, he told her, she didn’t meet his performance expectations. I went back in and told him he had to pay her. His first reaction was an attempt to gaslight me, he asked me if I’d been drinking. He proceeded to give me a bevy of other excuses. That he was stressed out and tired — it had been a long day. Can he resume this conversation in the morning after he’s had some sleep? I’ve met this man before. I’ve sat across many tables negotiating with men in suits for the rights of people who clean buildings at night, or tend to patients, or care for small children. What I know about these men is that whatever it was that I saw is only a fraction of the damage they would do in dark rooms without witnesses. He was not counting on me to have knowledge and language for things like this. He was counting on criticizing her performance, handing this woman an empty envelope after a month’s worth of work, and sneaking off to drop a handsome check in his own bank account. This is what wage theft looks like. This is what economic violence looks like. If what these women say was true, he had built a hostile working environment, one with rage, constant criticism, and ambiguous terms for how her performance would be evaluated. An anxious tick in the back of her mind. Is it good enough? Is it good enough?

Then he said he had no checks. So we agreed to follow him home where he can go get a check. My friend and I accompanied the woman to his apartment. When we reached her car, her 17-year-old daughter was sleeping in the front seat, waiting for her to be done with work. She was sweet, edgy, young, she went to Cal State Channel Islands. She and I went to his door and got the check.

Back in 2002, urban theorist Richard Florida coined the term, creative class, defining members as a fast-growing and highly educated segment of the workforce on whose efforts corporate profits and economic growth increasingly depend. Florida’s creative class includes innovators, tech people, and bohemians, workers who often earn hefty salaries that challenge our perception of creatives as barely getting by and make it harder for the actual starving artists among us to press for better wages.

I learned there had been union organizing attempts at CalArts, but some who had figured out the algorithm of securing the most secure place amongst the insecure contested that a union would just not work for them, for this kind of school, because they were of The Creative Class, they had special needs and provisions. Not all felt this way, of course. There were a few full-time faculty who were for a union, but their efforts to try to develop a bargaining team that encompassed both full time faculty and adjunct professors failed, as the majority of the full time faculty subscribed to this concept of exceptionalism. This to me was absurd. Some of us drove a couple hundred miles to teach, saddled with the weight of our own college debt. I myself had attended another private not for profit art school, Antioch University, and held over $40,000 of student debt. We were exceptionally broke and in need of the kind of wage and working condition support brought through organizing.

I’ve been fortunate enough to work with and meet other writers and artists who encourage me to embrace whatever that thing is you feel is your stain. We are misfits, and freaks, and hurting people, and those who have been scapegoated and finger-pointed. We are needy and wanting and abandoned, and punished, and heavy with secrets, or thinned with shame. Which is why I have a real hardcore problem with murky phrases such as ‘creative class.’ I need to be mindful of language. Using a term like the creative class prevents us from being transparent about our income and our socio-economic status. This umbrella identity lumps together dilettantes with high wage earners with struggling artists, and eliminates the prospects of achieving class solidarity and leveraging that solidarity to fight for better wages and working conditions.

Two phrases here that could support negotiating your rates going forward. The first: When I was hired to teach at CalArts they initially offered me 5,000.00 for a semester. I said these four words— Can—You—Do—Better? They came back with an offer of 7500.00 So sometimes it works. Also, in writing this piece founder Tom Lutz and I got into discussion on payment. I found what he said very helpful. When his university hired a famous novelist, she said ‘I don’t need a huge salary, I just don’t want to find out later that I’m making less than other people.’ Now, he said, when people offer him a gig, he uses what the novelist said: I want to get paid what you are paying other people. Personally, I’m for a model of transparency. Go in knowing what the venue pays might also help you in negotiating.

In a 2015 Nation article, Toni Morrison, reminded us “The contemporary “working poor” and “jobless poor” are like the dormant riches of “darkest colonial Africa”—available for wage theft and property theft, and owned by metastasizing corporations stifling dissident voices.”

Sure I’m creative but I identify as the working poor and as a freelancer I’m more often jobless than employed. In post-election America, now more than ever, those of us who are freelance and work in unregulated industries need to band together, protect our paychecks, protect our families, our freedoms of expression. 71% of freelancers get stiffed by clients and the average unpaid freelancer is owed about $6000.00.

October 27, 2016, New York City became the first city in the nation to protect freelancers against nonpayment by passing the Freelance Isn’t Free Act. As a working creative, I need what every working person needs in America. I need a fair income, I need benefits, I need safe and respectable working conditions, I need representation on the job. The person or organization who represents my needs does not need to know how to write a book, or paint, or be any sort of thespian; that representative needs to know how to negotiate. In 2001, Sara Horwitz launched the Freelancer’s Union. Along with Freelance Isn’t Free Act, The Freelancer’s Union has created a portable benefits delivery system, linking benefits to individuals rather than to employers, so independent workers can maintain benefits as they move from job to job and project to project. With over 54 million Americans working freelance today and the future of work geared toward nonconventional employment our best bet for collective bargaining will likely happen through voluntary membership organizations such as the freelancer’s union.

Ultimately, the fact that I get any money at all for just doing something I love — that’s a dream. However, to me writing and teaching is not a luxury or art, it’s my weapon of choice.

This feature has been supported by the journalism nonprofit Economic Hardship Reporting Project and the nonprofit, reader-supported LARB. 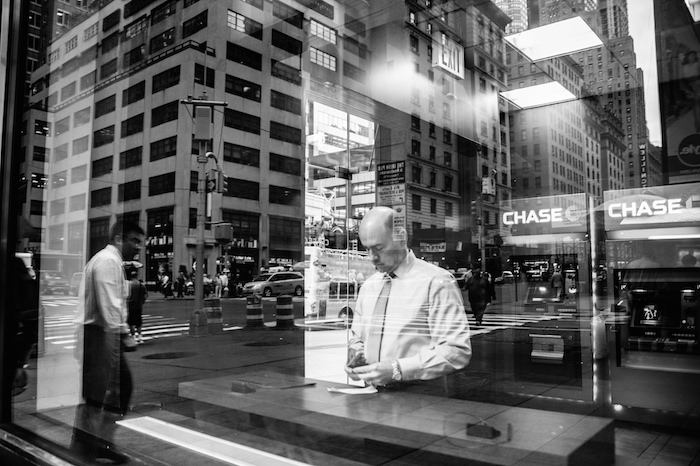