It is tempting to think of the COVID-19 pandemic as a new thing. I am after all writing this while isolated at home, schooling my kids, while my partner — largely without proper protective equipment — works at the local hospital. Yet this last detail suggests that while the virus driving this pandemic is new, the conditions that make it a lethal pandemic are not. Instead of focusing on the virus, focus for a moment instead on the institutions and practices within which the victims of COVID-19 are embedded.

Imagine a spectrum of such institutions and practices. On one end are practices that make it more likely that the virus might emerge, while on the other end, are practices that actively spread the virus or undermine people’s conditions of life during the pandemic. For example, when the USDA aims presently to purge hundreds of thousands of people from the food stamp program, or when health exchanges remain closed during the pandemic, or when Medicaid cuts are proposed, or when we simply value the economy over the lives of the elderly, we are applying a logic that explicitly prioritizes the well-being — and the very lives — of one group over another.

The reason we are forced to turn to such logics has to do with structures that predate the virus, from the way in which we unequally distribute resources (from healthcare to nutrition to public safety to education) to the way in which we see certain lives as disposable. This pandemic has not introduced health outcome disparities into American society, rather it has laid them bare for the entire world to see. Even prior to COVID-19, the difference in life expectancy in the USA between the wealthiest 1% and the poorest 1% was 15 years (the poorest in this country have roughly the life expectancy of someone living in Sudan, a country ravaged by genocide).

This is why, for example, in certain places in the USA — like in parts of Wisconsin or Louisiana or Illinois — blacks account for roughly 70% of coronavirus deaths even though they make up only roughly 30% of the population. Cases in other parts of the USA also show staggering disparities.

Bringing such inequalities into focus during a pandemic allows us to understand COVID-19 as a sort of accelerant that reveals practices that must now explicitly be understood as genocidal in nature but that have been operating so slowly that we’ve generally ignored or refused to acknowledge their creep and reach.

Genocide studies, a field that emerged in the 1940s with lawyer Raphael Lemkin’s coinage of the term “genocide,” first oriented itself almost exclusively around the study of the Nazi genocide (this despite Lemkin’s own interests, which extended far more broadly, to a concern with, for example, colonialism, which Lemkin viewed as a possible phase of genocide). As cases of genocidal violence have multiplied and as our understanding of them has expanded, the field increasingly orients itself around comparative work that oftentimes focuses on understanding broader structural currents that animate the perpetration of genocide.

One way such work can proceed is by prioritizing elements of the 1951 United Nations Genocide Convention that notes that genocide can legally be marked by “serious bodily or mental harm,” to a group or by the infliction “on the group conditions of life calculated to bring about its physical destruction in whole or in part” (emphasis mine).

Since 1951, the American domestic scene has given rise to everything from the brutality of the Emmett Till lynching; to the disproportionate destruction of black communities by epidemics like crack, HIV/AIDS, and mass incarceration; to a state of affairs where the median wealth of black households is projected to hit $0 by 2053. There are other comparable disparities for other people of color.

One lesson that can be drawn from genocide studies is that sometimes the way in which actions may become genocidal is not through the presence of some shared intention or purpose among the people involved, but rather through the form of action, through the results that many interconnecting actions produce and the ways in which these actions fit into a broader whole. Such a whole may not be obvious or important to any particular person as they act, but may nonetheless emerge for observation. Think of the way an ant colony unfolds, where neither the queen nor any particular ant exchanges orders for its construction, but where the colony nonetheless emerges through actions and reactions of each ant (or if so inclined, think of Adam Smith’s invisible hand).

Not all genocides proceed like the Nazi genocide. Some may undermine the lives of victims in ways that look quite different, indeed may appear less recognizable. For example, when Australia passed the Victorian Aborigines Protection Act of 1886 (and passed similar policies again in 1937, 1951, and 1961), Australia pursued a genocidal policy towards the Aborigines by forcibly removing and transferring their children to white families (so that Aboriginal culture would be obliterated through assimilation).

For the legal application of genocide, intent is central. But intent is a philosophically rich and thereby legally nuanced notion. In addition to direct intentions, there are also a class of indirect or oblique intentions, where I effectively intend something because it’s a predictable outcome of what I do or desire even if I don’t explicitly desire it. The classic case of English common law, R v Woollin, presents a case where a father does not “directly” intend to kill his 3-month-old son, but “just” intends to keep him quiet by shaking and throwing him across the room (although the case history is very complicated; the father may be seen as culpable for murder because the child’s death was a predictable outcome of the intent that the father did have).

This category of oblique intention helps us to consider structural inequalities and their functions. We have created — and let us even say that it has not been deliberate (although much evidence exists to the contrary) — a system that produces harmful effects against an entire group. So even if we do not spy direct intent in the construction of this system, at some point we have profound statistical knowledge about the ways in which it produces brutal effects for particular groups.

If we allow this system to keep going in light of knowing these brutalities, then we can reasonably be judged by our oblique intentions. We may not (allegedly) be seeking these harmful effects, but we are willing to accept them as a reasonable price for our way of life (so much so that our prominent “ethicists” are now arguing that we ought to sacrifice certain groups for the benefit of other groups). We are thereby intending — indirectly — a system that this pandemic plainly exposes as genocidal.

The American inability or incapacity to acknowledge such systemic and structural cruelties is one way to understand, as the philosopher Susan Neiman has noted, why the United States has a Holocaust museum but not a slavery museum (the existence here of the former but not the latter drives home the point that true evil is always abroad).

Because of the way in which COVID-19 accelerates the outcomes of the massive gaps that we take as natural, bringing such disparities into focus now reveals them — and any policies that multiply, prolong, or exploit these disparities — as genocidal. 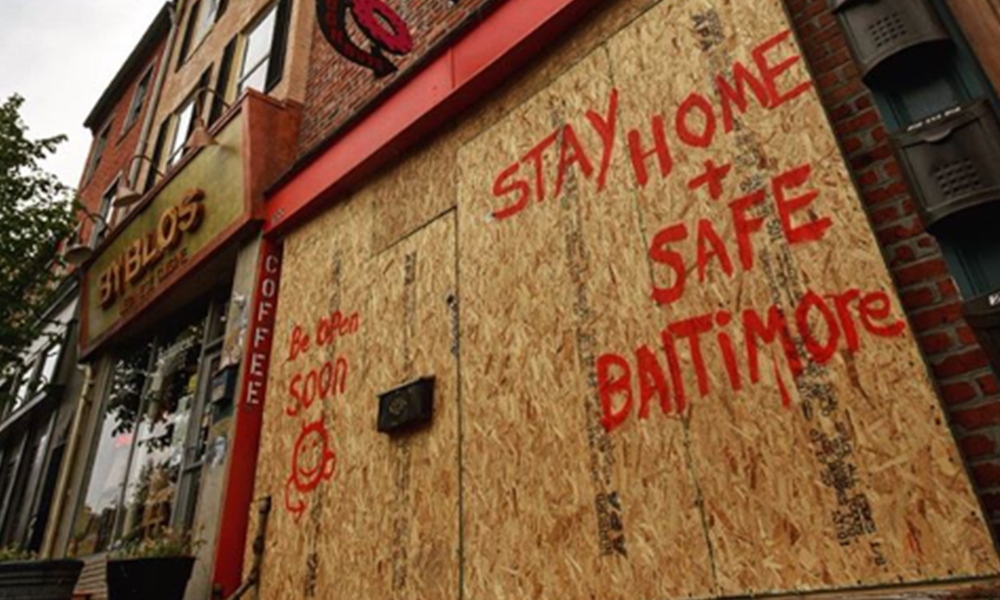