I write to you as a 2001 alumna of the University, as a former Jerome Holland Scholar, Echols Scholar, and as a fall 2016 Fellow at the Virginia Foundation for the Humanities. I also write to you as an Associate Professor of English at the University of Louisville, a public university founded in 1798, whose campus is dominated by a central Rotunda modeled after the one that Jefferson designed for UVA. My life as a scholar and artist in the south has been a very happy one — but I’ve encountered contradictions that I’m sure you would recognize. For the first six years of my career at Louisville, I walked to my classes each day beneath a 19th century memorial obelisk for the Confederate dead. The statue was removed by the city last year, and while there was some local protest, I never feared for my safety on campus.

I am sickened by last night’s images of the torch-wielding, so-called “alt-right” marchers encircling counter-protesters at the foot of the Jefferson statue near the Rotunda. I have read the updated statement from your office in which you say that University policy does not prohibit such “gatherings” in the University’s outdoor spaces; that indeed, even open flames are somehow permitted in this historic area near wooden structures. In your statement, you remind us that the University is a public space, but you also “discourage” students and members of the University community from entering these spaces while the alt-right carries out this loathsome and — as we see this afternoon — violent performance of hatred. It seems, from your statement, that you are placing the alt-right’s “right” to rally above the University community’s right to access the outdoor spaces where they live, work, and study. What message does this send to University students, faculty and staff members, particularly those of color? As a woman of color, I experienced Grounds as a safe, welcoming space. But now I am learning that the University will, apparently, allow this safety to be contingent upon the convenience of hate groups who have chosen to turn the very Rotunda where I received my diploma into a site of violence.

I spent four happy years studying literature in the UVA English Department. I’ve always been proud of my connections to Charlottesville, and I make a point of stopping there on my way to visit family on the East Coast. Every day, as I enter my classroom in Louisville, I hope to bring to my students — many of them the first in their families to attend college — some reflection of the dedication, care, pedagogical innovation, and passion that I experienced during my UVA years. As the descendant of free and enslaved African Americans from central Virginia, Charlottesville and the University have meant freedom for me. Freedom to read and write, freedom to develop as an artist, freedom to explore the intersections between scholarly and creative research. I am currently at work on my fourth book of poetry, which will contemplate the complex racial landscape of Virginia in light of my educational and ancestral connections to the Commonwealth. The research for this project has been made possible, in part, through a fellowship from the Virginia Foundation for the Humanities, an institution where I interned as an an undergraduate in the College. But the redemptive loop I’m trying to draw — between present and past, between my life and the lives of those who sacrificed so that I might benefit — remains broken as long as the University does not take vocal and decisive action to prevent further hate-fueled violence from occurring on Grounds.

I believe that you owe the University community a reconsideration of the statements your office has made. And I feel strongly that UVA leadership must take steps to ensure that its communities of color are safe — and welcome — on those hallowed Grounds. If there is anything I can do, as a UVA alumna of color, to help in this process, I would welcome the opportunity. 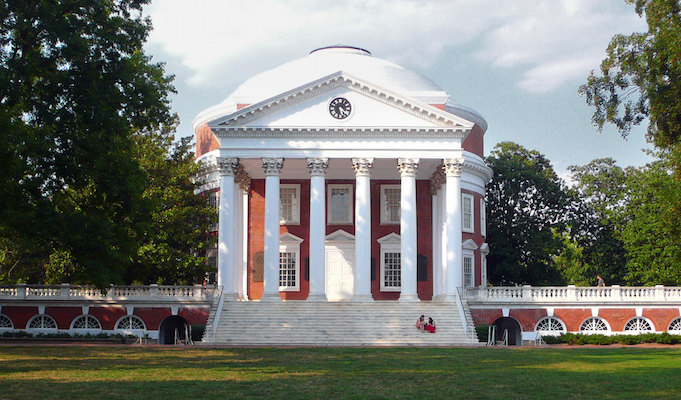