I went on Fox News not long ago to argue that college and university communities should be able to have community-wide discussions to make value judgments about the quality and educational appropriateness of campus speakers. And this argument offended people.

The writers of the inevitable hate mail seized on the term I used — “value judgment” — which they took to mean the partisan rejection of speakers I don’t agree with. They frequently put “value judgment” in scare quotes to imply its duplicitousness as a term. One of the many threats I received for talking so openly about value judgment said “it might be time to make a value judgment on you…which can come in many forms.”

I didn’t hire bodyguards, but it did get me thinking. I recalled that the most panic-inducing moment for undergraduate students of the humanities comes not in asking about “what the professor wants on this term paper,” or when they’re exposed to books that contain visual depictions of sexuality, but rather when we call upon them to make those dreaded value judgments — a foreign and threatening concept in a society trained to defer to markets to make these determinations for us. And it seemed to me we ought to begin with an understanding that a defense of the humanities starts with a clear statement that the humanities will offend you.

Classic offensive texts like Jonathan Swift’s “A Modest Proposal” still anger us by satirically proffering market valuation as a justification for slaughtering infants, like livestock, for food and materials. But the satire resonates with us today not simply because the prospect of killing infants for food is so grotesque, but because Swift’s extreme example is not terribly far off from some of the dark realities of global capitalism today: the lives of Afghan children in perpetual war zones; the lives of the roughly 800,000 people trafficked across international borders each year; the lives of the people making our iPhones; the lives of the homeless in our own cities.

As offensive as these realities are to us, consider what happens when we start to make value-based arguments against the injustices of global capitalism. We’re then suddenly idealistic, quixotic, irrational, Ivory-Tower theorists, incapable of grasping the harsh realities of the “real world,” which becomes code for swallowing all the worst parts of capitalism because value judgments are illegitimate. This is precisely why intelligent, highly capable students in humanities classes nevertheless struggle with questions of “what the professor wants”: because the world around them struggles to understand motivations and criteria that arise from something other than self-interest (“what the professor wants”) and market logic (what the market allows us to get away with). Affirming and articulating that otherwise ineffable something in between — what I’m calling value judgment — becomes yet more offensive than living with offenses of global capitalism.

Let’s be clear: value judgment is not just a fancy way of saying “opinion.” Philosophers already understand this, attuned as they are to the challenges of open-ended questions like “What is the value of human life?” or “Is the death penalty just?” I contend that additional forms of humanistic study — the study of literature, history, religion, and like subjects — are closely related to the philosophical study of value, ethics, and morality. So the process by which one arrives at a moral position in philosophy should be akin to the process by which a literature scholar arrives at one of a number of plausible readings, and defends it.

These are open-ended questions that require a mix of argumentation and empirical observation. We can’t conclusively answer them with an experiment, nor can we get a satisfactory answer from markets. Value judgment is the process of collecting evidence and drawing conclusions about how to proceed within an open system, as opposed to a closed experiment.

The logic of markets — supply and demand — is not about what we should do, but what is possible. In other words, whether there’s a market for lethal injection cocktails doesn’t answer the more fundamental question of whether we should use them. Similarly, investing more resources in protecting Londoners than in protecting the people of Kabul doesn’t satisfy the question of whether it’s right to kill innocents in one place in the name of protecting innocents in another.

Yet we do typically turn to markets, understandably, because it’s easy to externalize culpability for a challenging or controversial determination of value by deferring to an abstract authority like “the market.” It’s harder to make a judgment on such an issue because making a judgment means you’re responsible for it. It belongs to you, and so does the fallout. By contrast, individuals aren’t easily held accountable for what “the market” did in the 2008 financial crisis.

Similar logic applies to other forms of valuation-by-authority, like religious prescription. Most of the people of faith I know have arrived at conclusions about difficult issues like abortion and the death penalty through both examinations of faith and secular judgments, but to rely on religious authority alone is just like passing the tough questions off on the market, another arbitrary authority.

The intrinsic offensiveness of the humanities is a function of our role in proclaiming the limits of market thinking, and in unapologetically harboring value judgment in our disciplines. That the political right perceives humanities students and scholars as “Marxist” threats has much to do with the fact that in our training and given our subject matter we’re more comfortable with the notion that a market-driven conclusion can be wrong, or that a thing (like humanities teaching and scholarship) not typically valued by markets could have societal value over and above market determinations.

“Marxist” in this sense simply means a refusal to accept and abide by the primacy of market logic, and thus to ask questions about how things should or ought to be. The latest, Trump-era epithet for the academic left, concentrated in departments like women’s and African-American studies, is “cultural Marxist,” based on a misunderstanding of Frankfurt School theories of the “culture industry” (which is generated by capitalism, not by Marxist opposition to capitalism). The use of “cultural Marxist” on the right expresses a related fear that “Marxist” humanists silence and reject provocateurs on campus that the wider “marketplace of ideas” demands.

It’s no coincidence, then, that the Trump administration is so offended by the humanities that it wants to eliminate them, even for an administration full of self-proclaimed history buffs. The Trump administration relies on historically untenable notions of “Western civilization” and “European identity” to make judgments about whom our country really belongs to, so it’s actually little surprise this administration has been hostile toward the very disciplines best equipped to debunk alt-right versions of European and American values. Meanwhile, the libertarian right, in particular, prefers to measure humanities value by market-driven metrics like “social media impact,” prompting humanities scholars to resist and reform market-driven tests of our value and productivity.

As I’ve suggested, what makes the humanities offensive in this broader sense — offensive to our market-driven sensibilities — is the extent to which value judgment challenges and undermines the ubiquity of market valuation. Michael Sandel argued powerfully for the moral limits of markets in What Money Can’t Buy (2012), which a group of faculty and students recently read here at Colby College. We had a memorable conversation about love and relationships and struggled to describe the interplay of emotions, desires, and commitments central to amorous relationships without slipping unintentionally into market metaphors: “negotiating” differences; emotional “investment”; the “meat market”; the “price” and “cost” of relationships that don’t work out.

For many in our philosophy reading group, the idea that people might have to make value judgments without relying on a market to do it for us was offensive. It implied an approach to important questions of value — like whether it’s right to sell organs, or to allow wealthy people to buy their way to the top of the transplant list — that was too personal, too human, too subjective. Yes, as in “A Modest Proposal,” the idea of evaluating love or human life with cost-benefit analyses is offensive to us, too. But we reflect the greater offensiveness of value judgment in the language we use to dismiss it in favor of market solutions: “wishy washy,” “airy fairy,” and “soft,” the language of contempt that Enlightenment philosophers like Kant and Rousseau used to describe what they thought was the deficient cognitive capacity of women. Indeed, as Marc Bousquet has observed, the feminization of humanities disciplines is related to how they’re valued — or undervalued — within the university.

Without the justification of markets, “value judgment” can look like a sanctimonious way of describing a “just your” kind of opinion, like “chocolate ice cream is better than strawberry,” or “I never liked the Beatles.” We don’t tend to arrive at such conclusions after rigorous consideration, which means they function for us more as instincts. Imagine, by contrast, an anti-abortion activist telling workers at an abortion clinic “okay, you’re entitled to your opinion” in the same way one might respond to someone who disagrees about strawberry ice cream.

We panic over the question of “who decides” for us on important value issues in large part because we’re so uncomfortable with — sometimes so tragically ignorant of — what such a decision-making process would look like without being corralled like bowling-lane bumper rails by the “laws” of supply and demand. Indeed, “who decides” is a question of authority, or of sovereignty, an important one that virtually any institution with a governance structure has largely already answered. But we must also answer the question of how we decide on value without a decision being dictated to us by whomever or whatever — a person, a group, a god, or a market — we’ve vested with authority.

And we should keep in mind that it’s not only the “PC left” that needs to answer this question. The offense of the humanities is a bipartisan issue. When Joseph Epstein laments in the Weekly Standard that a group of his students appeared incurious about “what a cultured life was and why it was worth pursuing,” he’s making a conservative case for the importance of value judgment over and above what the market will bear. The left and the right may not agree on what counts as, per Matthew Arnold in Culture and Anarchy (1869) “the best that has been thought and known,” but whether you’re arguing for the superiority of the Classics of the Western Canon or the value of reading only women for a year, you’re making a value judgment about what people should read. Both kinds of arguments — about how political correctness dilutes our appreciation for the soul-searching wisdom of dead white male authors, and about how excluding such authors may be the only way to acknowledge and celebrate historically underrepresented voices — offend because they establish non-market value systems that might dictate our behavior.

The defense of humanities tends to underestimate the offensiveness of the humanities, because the humanities as we understand them today are among the last domains of value judgment in a world that would rather not confront difficult value questions. And each time we dismiss a value question, like whether white supremacists should have a college speaking platform, or whether life-saving medical treatment should go to the highest bidder, we’re effectively admitting we’re not up to the challenge of solving these kinds of problems.

The great irony of our preference for avoiding value judgments of this sort — even acting offended and outraged by them — is that in so doing we become the worst caricatures of epistemic closure, dismissing the problem out of hand while we sit back and wait for the next opportunity for outrage. 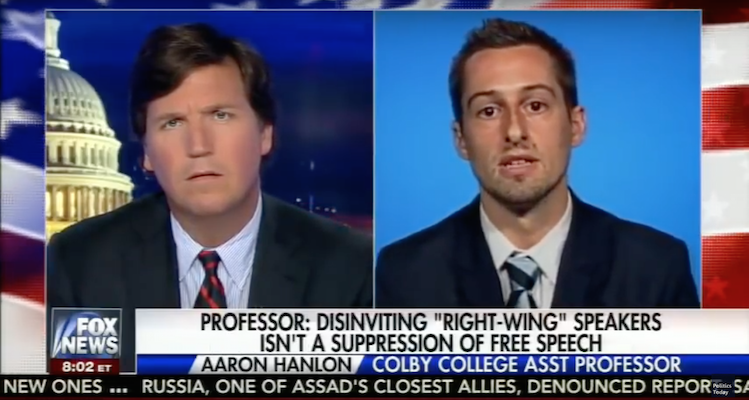