The Trump administration’s handling of COVID-19, from early denials of a pandemic to recent refusals to wear face masks, has been widely critiqued. This indifference and inaction have been attributed to science-phobia, cronyism, fragile egotism, and administrative ineptitude. But another factor, one that predates the current administration and is therefore underemphasized by the president’s critics, is our collective fetishization of capitalism.

Last year, a majority of Americans were opposed to further government involvement in the economy. Today a majority are critical of President Trump’s response to the novel coronavirus. But his response is at least in part a reflection of our prevailing beliefs about the role of government.

This ideological aversion to government intervention can be traced back to Adam Smith’s “Invisible Hand,” an idea later formalized by Kenneth Arrow and Gérard Debreu as the “First Welfare Theorem” of economics. The theorem states that under some conditions, self-interested individuals operating in free markets will bring about efficient outcomes.

Smith was indeed fascinated by the idea that the pursuit of self-interest could contribute to public well-being. But he was also vocal about the many ways in which it might not. As Smith’s biographer Jesse Norman writes, the term “invisible hand” shows up only three times in his entire body of work. Arrow was even more skeptical of markets’ capacity for self-management.

Nonetheless, many influential economists have been quick to appropriate these results in support of laissez-faire capitalism. Consider Milton Friedman, a particularly gifted practitioner of the sleight of hand. In his widely read book Capitalism and Freedom, he uses Smith’s appreciation of self-interest to argue against other-interest. In Friedman’s words: “Few trends could so thoroughly undermine the very foundations of our free society as the acceptance by corporate officials of a social responsibility other than to make as much money for their stockholders as possible.”

These conclusions have become embedded in the public imagination over decades. In the current scenario it is once again important to question their foundations.

Firstly, for unregulated markets to be efficient, businesses must be small enough that they lack market power. With powerful corporations, the First Welfare Theorem falls apart. Firms like Google and Walmart, which can manipulate wages and prices and influence policy, have almost nothing in common with my neighborhood bodega, which will suffer acutely during the current pandemic.

Secondly, for unregulated markets to be efficient, there should be no externalities, meaning one person’s choices must not impact another’s well-being. But externalities are unavoidable in a pandemic. My decision to go out for groceries affects not just me but others by adding to the risk of contagion. In the absence of regulation, people tend to ignore such social costs — consider the spring-breakers in Miami Beach, the anti-lockdown protestors, or the crowd around the man lecturing on God’s wrath in Manhattan’s Union Square. This is especially pertinent during the current crisis, where actions that were formerly harmless may still be harmless to oneself but potentially deadly to another.

Given the above, in the age of COVID-19, unregulated markets are not likely to deliver efficiency. But so what if they were? Efficiency is the concept of minimizing waste, of ensuring that resources are allocated towards those who would pay the most for them. This is largely irrelevant in the fight against a disease where the most vulnerable are rarely the most able to pay for their own protection. And yet we would agree that their inability to pay should not give them less access to testing and medical care than we give to actors and professional basketball players.

In contrast to the United States, many other governments, for all their flaws, are actively involved in the production and delivery of crucial goods and services in an effort to contain the virus. In China, hospitals were constructed in days. In South Korea, the government provided survival kits and home visits to incentivize people to stay self-quarantined. Germany has been experimenting with heavy testing combined with innovative testing protocols.

These strategies recognize that free enterprise alone cannot meet the needs of an unprecedented public health crisis and that governments must be actively involved in subsidization, procurement, and production. But the United States has resisted granting a significant role to the public sector (an example being the president’s reluctance to invoke the Defense Production Act). This preference for markets and corporations was in full display at President Trump’s early press briefings on the coronavirus, where he stood flanked by business leaders with whom so much mutual admiration was exchanged that, were it not for the demands of social distancing, one would have suggested they all get a room.

The problem is not intrinsic to corporations, which often display an admirable spirit of innovation. For example, gin distilleries in Brooklyn have repurposed their equipment for the production of hand sanitizer. The trouble is a pervasive free-market philosophy that puts business on a pedestal and disparages state action.

This philosophy today gets amplified, reiterated, and legitimized by social media stars. As the government considers its options during the current crisis, Charlie Kirk, the president of Turning Point USA, reminds us that “Socialism Sucks because it lets government pick winners and losers.” Tom Fitton, the president of Judicial Watch, warns: “Shutting down all businesses is the gov’t equivalent of hoarding toilet paper — and far more damaging to the pubic [sic] health and welfare.” (The latter being a curious case where a typo makes a nonsensical statement more coherent.)

Trump, while no doubt lacking in leadership, is obliged to cater to Americans’ mistrust of a socialized state. Before the next national disaster strikes, free market ideologues would do well to reassess their assumptions and understand that a step in the direction of state planning is not a step into a communist abyss.

Karna Basu (www.karnabasu.com) is an Associate Professor of Economics at Hunter College and The Graduate Center, City University of New York. 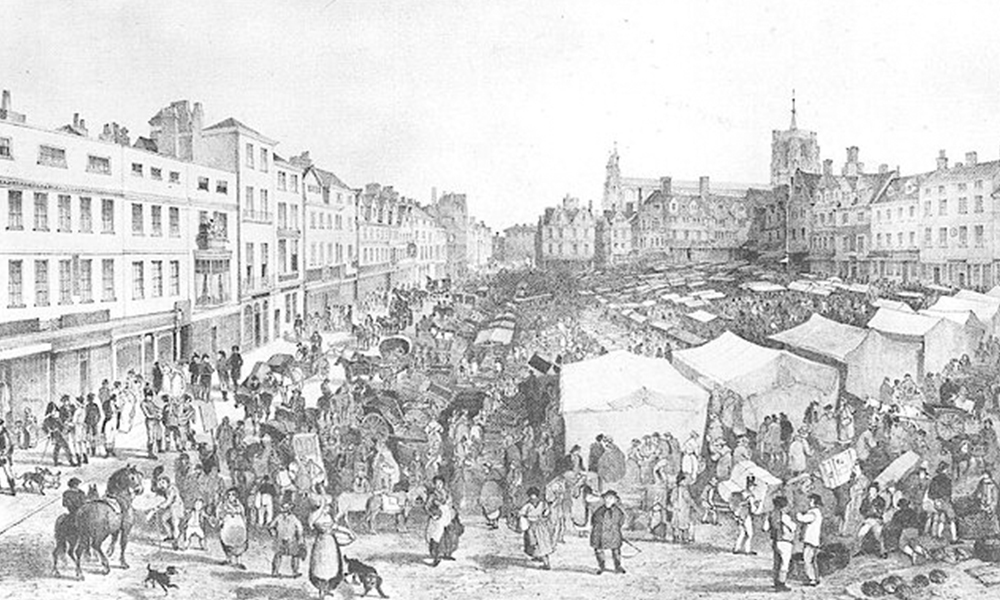