The nightmare that Nhật Ngân and Trần Trịnh’s song “Qua Cơn Mê” (“After the Nighmare”) refers to is the Vietnam War. The song depicts a soldier who dreams of returning home where he and his love will restore their idyllic and romantic past by revisiting old locations and people. With a focus on human emotion and anti-nationalistic undertones, “Qua Cơn Mê” is a prototype of its genre Nhạc Vàng (“Yellow/Gold Music”), a pre-1975 category of Vietnamese music that the Communist government banned because officials perceived it as individualistic and too indulgent for achieving collective order and national compliance.

While emotionality in general is a hallmark of Nhạc Vàng, songs within the genre directly relating to the Vietnam War — e.g. “Qua Cơn Mê”; “Một Mai Giã Từ Vũ Khí” (“Farewell to Arms”); “Thiên Thần Mũ Đỏ” (“Angel In the Red Cap”) — notably amplify nostalgia and delirium. For example, in “Thiên Thần Mũ Đỏ,” Hùng Cường’s crazed laughter and narration to a despairing female chorus illustrates his dissociation from reality as a method for coping with war-related stressed. Another recurring theme in Nhạc Vàng’s Vietnam War songs is regret for one’s “tuổi thơ mất” (“lost youth”), often illustrated through hysterical soldiers’ exploitation of sexual services in a futile attempt to assert virility. Even beyond the Vietnamese-speaking world, Quốc Khánh and Đan Nguyên’s emotionality as they belt in “Một Mai Giã Từ Vũ Khí” is reminiscent of Bobby Vinton’s sobbing in “Mr Lonely,” also about a soldier-persona who wishes for a return to homeland and family.

This essay focuses on two recordings of “Qua Cơn Mê”: one pre-1975 version by Duy Khánh and Hà Thanh Xuân’s ASIA 69 performance. Duy depicts a weary army man and Hà a young woman left behind by her lover. Both versions of the lyrics’ protagonist immerse themselves in nostalgia and delirium as a method of coping with their psychologically mutilating circumstances. Amid strife from COVID-19 and global political and cultural unrest, the song’s expression of lovesickness and yearning for internal stability in a chaotic world resonates with today’s listeners, especially those from diasporas or who are currently separated from their families.

The trumpets’ drawling melody over a tambourine beat that begins Duy’s version is reminiscent of a memorial procession. This song laments the protagonist’s irrecoverable youth, characterized by his female partner (an unnamed “em”) and a fine spring climate (“ngày gió mưa không còn” — “there is no more wind and rain”). The cover image for the official lyric video is a sepia-toned page with a hand drawn sketch of a soldier’s back as he treads through stalks blended with barbed wire. The soldier stares at a hut in the distance, which is most likely a hallucination considering the song’s dreaminess about a distant future after the war (“một mai qua cơn mê” — “One day after the nightmare”). Duy sings with the wistful, wavering voice of a middle-aged man, himself seeming to merge with the drawn figure: a soldier drowning in nostalgia as he imagines reuniting with his love to visit old places and acquaintances. Duy suggests that no matter his sufferings, his innocent love and past will remain unsoiled:

(“Human love after the nightmare is still fresh

These verses culminate in the hallucination referenced in the cover image of the hut, when Duy sings “cùng theo lũ em học hành như xưa” (“accompanying the kids to school as before”). The listener would understand this to be an impossibility, given that either: 1) his children or child-relatives have grown past school age during the protagonist’s army service; or, 2) his family and home town have been destroyed either physically or economically. At the end, the recording quietens as he sings the first lines again, hazy with his desire for the nightmare’s end. The cover image fades into a grey static pane with credits typed in the bottom left-hand corner.

In Hà’s ASIA 69 live performance, Hà descends curved steps lit in radioactive pink. Her red áo dài has black gem ornaments on the upper torso. Deviating from the traditional áo dài design, she wears a skirt piece with large red flowers and gold and black accents which glimmer as she moves along the stage. The wide screen behind her plays close-up footage of water droplets falling from leaves so Hà appears the size of a tiny insect on stage. This diminishment of the protagonist’s figure illustrates her realization and acceptance of the overwhelming circumstances (i.e. the Vietnam War and its aftermath in her community).

However, while Duy’s character’s mind is murky with halcyon imaginings, Hà’s character is a young woman whose uncertain and desolate wait has sobered her. Her solemn character in “Qua Cơn Mê” is a poignant contrast to Hà popular stage persona: a temperamental love-struck girlfriend in songs such as “Duyên Tình” (“Predestined Love”) and “Gặp Nhau Trên Phố” (“Meeting Each Other On the Street”) who gushes about fated romance, only to demand superficial qualities in her male suitor, such as wealth, alpha-masculinity, and status. In “Qua Cơn Mê,” Hà exhibits traces of this previous image in the Barbie-like eyelashes and mannequin skin. Now faced with a decaying future, the concluding refrain emphasizes her maturation from a frivolous young woman to a contributor in the post-war revitalization of her community:

(“When there are many flowers

Pluck and give them to everyone”)

“Qua Cơn Mê” transcends the Vietnam War context, depicting a protagonist whose chaotic environment triggers a nostalgic, tantalizing vision of romance and peace. The song’s (and more generally Nhạc Vàng’s) resonance in modern times is unsurprising, given the heroic and militant rhetoric used about COVID-19 (“the battle against the pandemic”). Today’s deliriums are not so different from those of the Vietnam War depicted in the song: deployment of defence forces for the enforcement of border closures and rule compliance; mass death tolls; fear-mongering and anti-Asian racism; hope-mongering from scammers offering sham cures; tragedy with no foreseeable conclusion. As depicted in the cover image for Duy’s rendition, the world wades through paddocks of barbed wire snaking through stalks, each person’s eyes fixed on a mirage called home.

When the Western Australian border reopens, I will fly to Sydney and show my parents how to add diacritics to their Vietnamese texts using a keyboard app. I will walk a shore textured with tiny sand crabs in Oatley Park, my older cousin sharing family scandals that occurred before her own familial exile over 10 years ago, and I relaying news of a first divorce among our uncles. I will traverse a crowded intersection near Central Railway Station where a special gentleman and I hugged before social distancing requirements, his stubble like wet moss against my cheek. Until then, “Qua Cơn Mê” is on loop. I cry hard enough to taste blood in my throat. 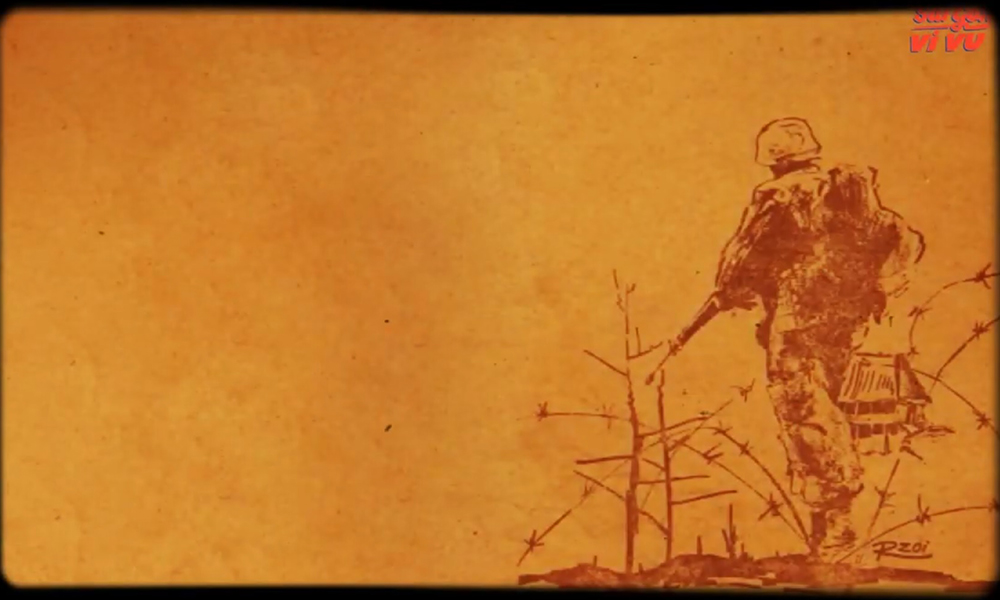