Bob Dylan, who won the Nobel Prize on Thursday, made his last great recording on my mother’s birthday in 1975. Also, Joni Mitchell is better. He’s a world-historical artist anyway. You might disagree; every Nobel Prize winner is broadly disliked, I hope. Taste is, as always, the least interesting aspect of the contentious debates over who is deserving of this annual travesty. More interesting is the struggle — the campaigning, the outrage, the political demands — over this doling out of cultural recognition by gross global prestige machines. But this year the heat seems to reside in the definition of literature, itself a site of ceaseless cultural combat.

The best argument against giving Dylan the Nobel Prize for Literature is this: for all the imagistic expansivity of his lyrics, Dylan refounded the relationship between language and musical charts. He figured a way for conversational speech (a mercurial and mythic type of conversation, to be sure) to fit itself to chord progressions both familiar and fabricated, even as the rhymes arrived in timely fashion. He broke the spell of the endstop. If that seems small, no larger than a period, it’s in truth an achievement on the order of three-point perspective (also a team effort, finally; it’s by now trivial to point out that no innovation belongs to a lone genius). It opened up a renegotiation of the relationship between sound and sense. This — and not his unique vision of America or whatever — expanded the possible content for the western pop song.

This is a great achievement, but it’s hard to argue that it’s a literary achievement. It’s a feat that takes its significance within constraints which include a musical track and would have little meaning without it. It’s not just that Dylan’s words happen to go with music; it’s that their greatness is in how they go with it. (By the way, if such inventions are worth a Literature Nobel, I’d like to encourage the committee to investigate Rakim, aka William Michael Griffin, Jr. But then there is Eric B to consider, and… you see the problem.)

The best argument in favor of giving the Nobel Prize, or any prize, to Dylan might simply be “Desolation Row,” the most generous gift ever rendered unto modernist poetry. Or more broadly: Dylan was at the center of a cultural transformation that broke open the category of literature itself, that made debates like this both possible and necessary. I should admit here that this history is narrow; I do not think Trinidad or the southern cone, e.g., needed such a contribution. But the nations of the western canon should be intensely grateful for Dylan’s challenge. The least they can do is give him a prize.

The transformation  that Dylan helped write and that in turn wrought Dylan is epochal: the collapse of the high/low divide in art within the cosmopolitan core, begun in the forties and fifties, caving in completely during the sixties. Billie Holiday played a crucial role; so did Warhol, Godard, and many others. But Dylan was the lead in this drama. And for him to receive an award that, since its inception in 1901, has been devoted to setting forth literature as a standard of cultural achievement is, in a certain way, its completion.

Of course not everyone wants to see this mission accomplished. Aesthetic conservatives resist on grounds they imagine are meritocractic. The matter cannot however be quarantined to the aesthetic. The purportedly progressive case for maintaining the distinction between high art and pop is basically that the former, sheltered from the commodity market, is able via its partial distance from capital to hold open a space for other kinds of antagonistic imaginings to come. I’m like, nah: that semi-autonomy is the residue of aristocratic hauteur, which is French for “idle time stolen from the poor.” The high/low divide was in its origins gendered, raced, and classed. Goodbye is too sweet a word for it.

That said, the collapse of the division between high and low was never the great democratization we were promised. Or maybe it was, and we must accept that democracy is an abattoir: the management style for capitalism consolidated over centuries. The democratization of art was, not by chance but necessity, art’s more or less complete induction into the logic of markets, of instrumental reason, of this is the wonder on offer in the land of no alternatives. I say Bob Dylan is a wonder. But I also say he’s a consolation prize. And we did not get him in exchange for the victory of a hip and demographically deadening neo-bourgeoisie who feel certain their fate was not to be the counterrevolution. We got him as part of it.

The supposed liberation from elite domination which the collapse seemed to offer, which Dylan’s work signaled and which in turn conferred on Dylan his aura, corresponds not to the opening but the closing of emancipatory horizons. He’s the Richard that Joni sings about, drinking in some café and romanticizing his own fate just down the road from Port Huron, except that in this case that café is the democratic sphere as such. The sixties generation — the generation that promised to bring the revolution back home, that promised to bring the heavens down to earth until low and high came level — ended up squatting like an obese toad on the culture and politics of the west, gripped by a compulsion to sing its own past as some acme of struggle while guaranteeing that the present cannot change, that nothing can move, that everybody else has to shut the fuck up and get with the program. As of 2016, the program looks like 70-year old millionaires hoovering up vast piles of cash from Goldman Sachs and Chrysler whom we are asked to accept as innovators and pathbreakers worthy of our admiration, our prizes, and our votes.

And Dylan, unlike Philip Roth or Ngugi Wa Thiong’o or other similarly elderly writers, is a sacralized representative for this generation. One could no more extricate him from the baby boom and its fate than one could extricate his words from the music. In a strange but uncannily familiar reversal, he stands now — and is revealed to have always stood — for the opposite of the emancipation the sixties promised. The argument, therefore, that this Nobel choice is itself somehow new and different — revolutionary, even — feels particularly galling. It feels like samest and oldest of the same old same old.

Joshua Clover is author of six books including 1989: Bob Dylan Didn’t Have This to Sing About; the most recent is Riot. Strike. Riot: The New Era of Uprisings (Verso 2016). 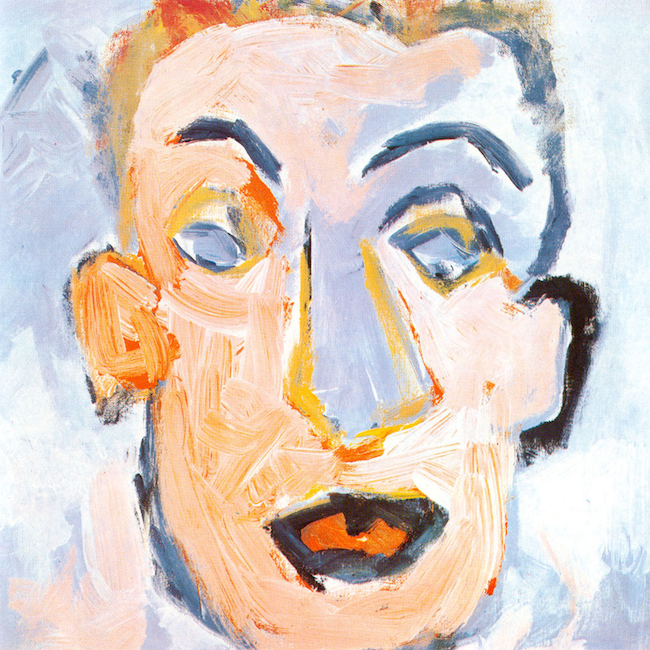