Mark my words: it is no coincidence that Private Novelist’s publication coincides with the second day of Rosh Hashanah, when we Jews celebrate the new year and look towards Yom Kippur, when we will ask our old-testament-God for forgiveness. Nell Zink may or may not have dreamed up, planned out, and been the mastermind behind this non-coincidence. That Private Novelist is being released alongside her new novel Nicotine perhaps points to a larger conspiracy orchestrated by Ecco and HarperCollins’ — a collusion, if you will, designed to sell more books. But why give all the credit to some marketing department, when it might be Judaism we have to thank?

But when Sailing Towards the Sunset by Avner Shats begins with a mysterious submarine off the port of Tel-Aviv firing a missile into the office of an Israeli Spy named Yigal, who, as it happens, is away on mission in Rhineland to kill the heir to the House of David and has just slept with a silkie (a mythical seal-woman, usually spelled “selkie”) named Mary, coincidences no longer matter. And this is only the first chapter — what follows is a surreal and epic journey that crosses as many genres (spy-thriller, auto-fiction, meta-fiction, serial novel, love story, adventure, and of course, Jewish-fiction) as it does continents. Like so many Jews before her — Sarah, Job, Einstein, Joan Rivers — Zink wonders: is God an expert watchmaker? Or should we ask for our refunds now before it’s too late?

It turns out Mary the silkie has magic powers (well…duh), one of which is to make things appear or disappear in her pockets. When Yigal finds a small engraved coin that might be a clue that leads him to the heir to the House of David, he decides to do a test: “The hypothesis Yigal wanted to test by depositing the medallion in the silkie ATM could be summarized in word: monotheism. Are the House of David and cash advances to silkies handled by the same guy? A positive answer, Yigal thought, would be a real convenience.”

Whether or not Yigal’s test works is besides the point. What matters is the wish for things to be so simple. Please, let us be judged! Let our nagging mothers be right; let our old-testament-God dole out punishments from the heavens and not always forgive. (Eternal love and peace sound like a lot of work, and pretty exhausting.) Supposedly, with God’s promise to Abraham to number his seed like the stars — hence the infamous obsession with masturbation — the Jewish people got on God’s good side long ago, and for eternity. However, since then, the big cheese upstairs has become more and more scarce. It would be convenient for God, or whatever runs this thing, to make another appearance. Nell Zink reminds us that convenience is a luxury for a different people.

Is this what makes Sailing Towards the Sunset by Avner Shats a Jewish novel? Zink is not Jewish — at least not to public knowledge, nor according to a cursory search on www.jewornotjew.com. So that should probably count this book out. But it does include Jewish men in the late twentieth century who have to navigate a strange new world, and like any good Jewish book, raises questions about masculinity. There is even an oblique critique of Moshe Dayan and Israel’s existential fear of extermination. Sure, the mysterious submarine named Mr. Pick-Wick could have just as easily be named Alexander Portnoy. But that would be too Jewish, and the test of Jewishness need not be that hard. A Jewish novel should be like a Mel Brooks film, anyone can join in the fun. So Baruch Hashem for Nell Zink and the best Jewish novel of 2016. 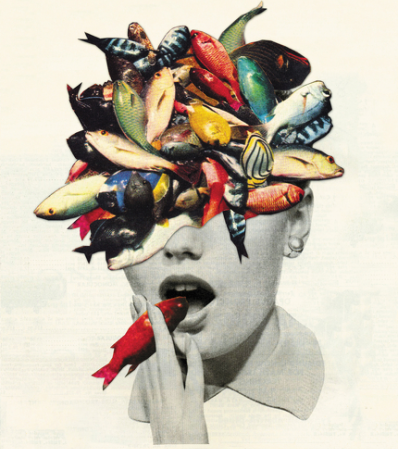