The music gender conversation just got loud. But it is not inclusive enough. Gender parity is also about gender diversity.

Pink, Katy Perry, and Charlie XCX reacted immediately after the recent Grammy Awards to Recording Academy president Neil Portnow’s suggestion that women step up to be noticed in music, as only one of this year’s top awards went to a woman, New Artist of the Year, Alessia Cara.

The comments were days after the release of a University of Southern California study, “Inclusion in the Recording Studio,” revealing that only 22.4 percent of artists and 12.3 percent of songwriters were female over the last six years.

Of the nearly 900 artists nominated for Grammy awards since 2013, only 9.3 percent were women. Only two percent of music producers were women. Since the award’s launch in 1974, only six women have been nominated for a Grammy Award Producer of the Year. No woman has ever won the award.

Yet while the underrepresentation of women in the music industry is startling, the conversation regarding gender disparity in mainstream popular music completely overlooks one particular group of missing musicians: those who identify as transgender or non-binary.

It is true the individuals in the transgender community have increased visibility in many public arenas. In politics, Danica Roem made history in November, becoming the first openly transgender individual elected to the U.S. State Legislature.

Hari Nef, a trans-identified model and actor, made her big-screen debut at the 2018 Sundance Film Festival in Assassination Nation. Trans-identified professionals are also working behind the camera: Lana and Lilly Wachowski (co-directors of The Matrix  trilogy and Cloud Atlas) are Hollywood’s most visible transgender creative voices.

Even in the historically conservative classical music industry, transgender voices are more visible. Holden Madagame has enjoyed mainstream success as a transgender opera singer and Breanna Sinclairé garnered attention as the first transgender woman to be featured as the National Anthem performer at a professional sporting event.

Laura Kaminsky’s chamber opera, As One, examining the journey of a transgender woman, portrayed by both a mezzo-soprano and a baritone, has been produced 12 times since its 2014 debut.

And yet, we have seen little mainstream success for transgender popular musicians. To date, no openly transgender musician has ever debuted on the Billboard Charts or won a Grammy Award as a popular music artist.

Some may attribute a lack of visible trans musicians to a dearth of performers competing in the industry. In reality, there is a large community of trans musicians actively creating and performing music, highlighted by Billboard and PBS in recent features on trans and non-binary musicians.

Another explanation for the absence from mainstream recognition may be that it is difficult for trans and non-binary musicians to find a place in the male-dominated industry. Research has shown that males have more negative attitudes towards transgender individuals, demonstrate more anti-transgender prejudice, and are more concerned with transgender women in female bathrooms than their female counterparts.

Perhaps the prevalence of transphobia among males is a barrier to access for trans-identified musicians seeking opportunity in an industry where males are the primary gatekeepers.

It is also possible that for transgender singers, issues of voice that accompany gender transition may influence career trajectory.

As a music educator and researcher at Northwestern University, I have seen firsthand the challenges encountered by transgender musicians as they transition. The voice teaching community has limited access to information and research regarding the transgender voice, which may derail critical vocal training needed to navigate the changing voice and develop the endurance required for a singing career.

Although music education is only one avenue to a career in music, trans musicians have also reported challenges in school and university music programs, which may deter them from pursuing music as a viable career option. Perhaps music teachers have some role to play in the cultivation of confident and out trans performers.

While we have yet to see an openly transgender or non-binary popular solo musician make the Top 40, there is some indication that is changing. A few musicians have experienced mainstream success before coming out as transgender and transitioning publicly.

Punk rock band Against Me!’s lead singer Laura Jane Grace came out as transgender in Rolling Stone in 2012 and continues to be a vocal trans advocate, openly discussing her difficult journey.

D. Smith, who earned a Grammy Award credit for producing the track “Shoot Me Down” on Lil Wayne’s Tha Carter III, Rap Album of the Year (2009), came out as transgender in 2016. She did a short stint on Season 5 of VH1’s series, Love and Hip Hop: Atlanta, using the opportunity to educate the public about the trans community. She released her first solo single, “I’m That Bitch,” in 2016.

In June of 2017, the singing artist who began his career performing under the name Charice came out publicly as transgender, introducing himself to fans and the world as Jake Zyrus. His first single post-transition, “Hiling,” a love song in Filipino, was released in 2017.

Singer-Songwriter Teddy Geiger, who wrote songs for such artists as Shawn Mendes and One Direction and whose 2006 single “For You I Will (Confidence)” hit 17 on the Billboard Charts, announced her transition in October 2017. She noted later that she will still go by Teddy but is using she/her pronouns.

The recent rise in visibility of transitioning musicians may pave the way for openly transgender and non-binary musicians to enter mainstream popular music. Further evidence shows that trans voices are emerging from the margins and stepping into the spotlight.

North Carolina’s Moogfest announced its 2018 lineup which will feature exclusively female, trans, and non-binary musicians. One Voice Mixed Chorus in St. Paul will host the Transgender Voices Festival in April, a gathering designed to “offer a space for transgender and gender nonconforming (GNC) singers across musical genres and cultures to explore our voices and identities, grow as artists, and learn techniques for voice care.”

The self-proclaimed “queer-identifying band” Muna has been featured in Rolling Stone and played The Tonight Show with Jimmy Fallon and Jimmy Kimmel Live. The band opened regularly for Harry Styles last Fall, a choice which was hailed as an important step towards a more inclusive culture of live music. Other trans-identified artists worth noting include NY Rapper Mykki Blanco, Minneapolis-based singer-songwriter Asher Brown, and Michigan musician Rie Daisies.

To be sure, gender-bending male pioneers like David Bowie, Boy George, and Freddy Mercury found incredible mainstream success with their distinctively androgynous personas for many decades.

Some may mention RuPaul as part of conversations about gender diversity in the music industry, but it is critical to remember that drag performance is a performative art form in which the artist dresses in the clothing of the opposite sex for entertainment purposes. RuPaul is not a transgender musician. The success of these artists, however, demonstrates the fact that the public has embraced artists existing outside of hetero- and cis-normative ideals.

As we take action to rectify the disturbing gender disparity in the music industry, let’s also include trans and non-binary musicians who deserve equal access and opportunity alongside cisgender women and men. 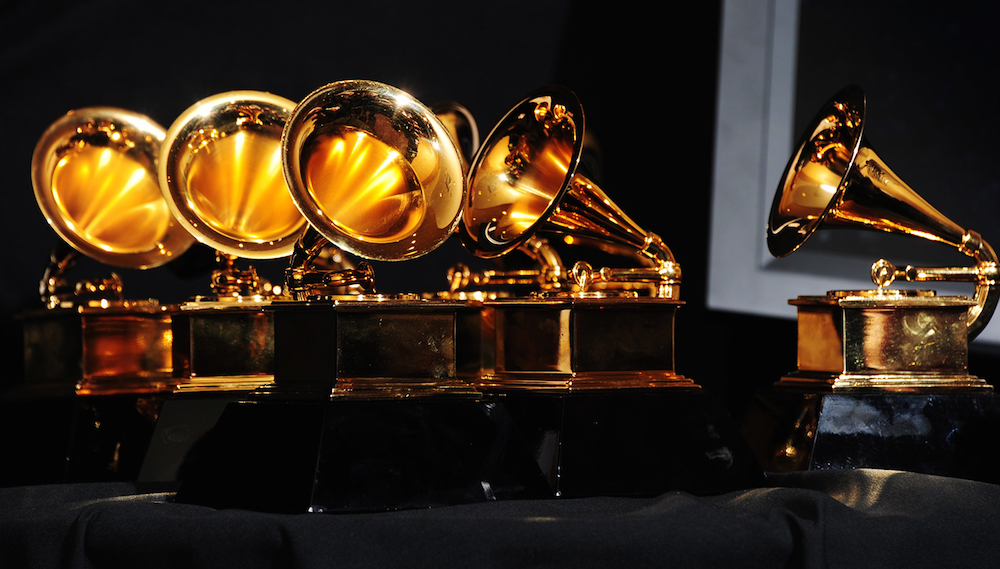