Now that we are clear of Mother’s Day, I wonder what will happen to our burgeoning literary conversation about motherhood books. The recent “raft” of these books has inspired a lot of wide-ranging discussion: in taking these books as objects of study, critics have noticed their limitations, suggested new perspectives still to be mined, and observed how “ambivalence” is one of the driving contemporary themes of “mom lit.” These have been exercises in literary synthesis, of drawing together a set of books under the umbrella of their common subject: motherhood.

And yet, each of these books takes significantly different literary form. In these reviews, we’ve found memoir considered next to psychoanalytic criticism, literary realism next to auto-fiction, thrillers next to manifestoes. The recent critical writing on these books has mostly elided genre and form in favor of examining these books as examples of — or texts bound by — a common subject or topic. What are the effects of this kind of reading practice?

One effect is that when motherhood is figured as a subject that transcends genre or mode of expression, the discussion takes on a particular tone of assessment that can’t help but feel weirdly personally evaluative: how relatable was the treatment of the subject? Did this writer get the subject right? If she got it half-right, how could she have done better? Could she have stretched her perspective further, engaged with history more fully, correctly identified the patriarchy’s false dichotomy between making art and making children, et cetera.

These seem like odd questions to ask about, say, the literary exploration of a torn vagina or the literary representation of interiority. In our fledgling (and excellent!) new world of motherhood books, a fascination with the “motherhood” part — how it is emerging as a subject available to be newly assessed — puts us in danger of forgetting the “book” part. These are books, works of the imagination, not transparent, sociological records of contemporary reality. The gaze straight through the form of these books to their subjects makes for less exciting conversations about literature and imagination, sure. But more, it limits our thinking about motherhood generally. Motherhood is not, in fact, a discrete subject that individuals stand apart from, and our critical, emotional insistence that it is has allowed us to keep marginalizing it as some kind of exception to human life, some kind of individual opt in or out “choice.”

The most recent reviews are simply working with what the market provides. The market now delivers motherhood as subject matter that has a time and a place for study: “motherhood books” are mostly timed to come out in May for Mother’s Day, and I don’t see that stopping anytime soon. The fact is, motherhood is still, improbably, a niche subject for literary exploration: it appears cyclically, a bit loudly, and kind of annoyingly all at once like a new moms group descending on a coffee shop every Wednesday morning. And while everyone seems happy enough to give mothers their day, mostly we are relieved when we can get back to ignoring them as usual.

Because that’s what happens with subjects: they are in our view until they are not. We study them, or we don’t. We are interested in them, or we aren’t. Nobody’s going to force you to take the Myths of Motherhood 101 course; the finance majors would riot. Let’s be real, I was a gender studies major in college and even I would still never have taken that class. Why? Because motherhood was not a “subject” that interested me. There were other classes, other subjects that interested me more.

So here is the problem with subjects: they attract and reflect individual interest, and while I know that the zeitgeist asserts that motherhood need not (should not) be everyone’s calling, interest, or cup of exhausted tea, and I know that my own position as one of those mothers who’s always jawing on about motherhood suggests taking this with a large grain of salt, I also want to make clear that I believe when we frame motherhood as a discrete subject, we underline the extent to which people are allowed to opt out of knowing or caring about it.

Have children, don’t have children, like them, hate them, or meh them, those individual choices about this particular subject don’t actually matter if we remember what feminist socialism teaches us, which is that each of us is beholden to the vulnerable: to every child, every pregnant woman on bed rest, every friend with chronic illness, every person seeking a vanishingly-hard-to-find abortion, every elderly neighbor in our communities. The question is never “should I have a child,” rather it’s “do these children — all of them, across our society — have me?” Or, another, maybe harder question: “do these mothers have me?” These women balancing work and love, making lunches, paying for childcare on minimum wage? Because if the answer is no (and for me it was, for a long while), that’s not actually an answer, but rather a symptom of something deeply wrong with the structures inside which we are making our lives.

Yet the 2018 motherhood books are all over the place when it comes to genre, and it has struck me as odd that critics haven’t emphasized this fact more. What I would say is: let’s go with this. Let’s notice not just the fact of a common subject coming to our consciousness every May with more and more (we can hope) force, but also the fact that people writing about motherhood are reaching — sometimes flailing, a verb that theorist Lauren Berlant has used to describe the increasingly wacked forms of rhetoric that have proliferated since Donald Trump’s election — for new forms and genres through which to tell these stories. Call it the Maggie Nelson, or Jenny Offill, effect, two writers who fused form (short, epigrammatic passages) with content (motherhood is nothing but a collection of short bursts of focus set inside the oceanic nothingness of time passing) in new and surprisingly effective ways.

The trade market still shapes most stories about motherhood into a few discrete genres: memoir, pop science or psychology, and realism. I’m not here to complain about the facts of the publishing market — this is obviously what sells — but to push our reading and interpretive habits a bit further. Anyone can master a subject — with enough time and concentration — but genre is actually a bit harder, in large part because — as Berlant has shown across her work — genres are always also about emotions and emotional expectations. What if we started to read books about motherhood less for what they do and do not get right or wrong about their subject, and more for how they work as structures that induce, satisfy, or obstruct various emotional expectations in us as readers and citizens (boredom, frustration, exhilaration, anger, tenderness)? When we come to books about motherhood interested only in their treatment of a subject we miss what they actually offer us, which is a way to see the social, cultural, and aesthetic structures that produce the emotional expectations we bring not just to motherhood, but also to how, formally, its stories are told.

My sense is that if we start paying more attention to the way that “motherhood books” take various genre shapes, we’ll start understanding motherhood itself as a structure and genre, rather than as a subject we can ignore at will. Because the thing about structures — buildings, governments, hierarchies, patriarchy — is that they organize us whether or not we are paying attention to them, whether or not we are interested in them. 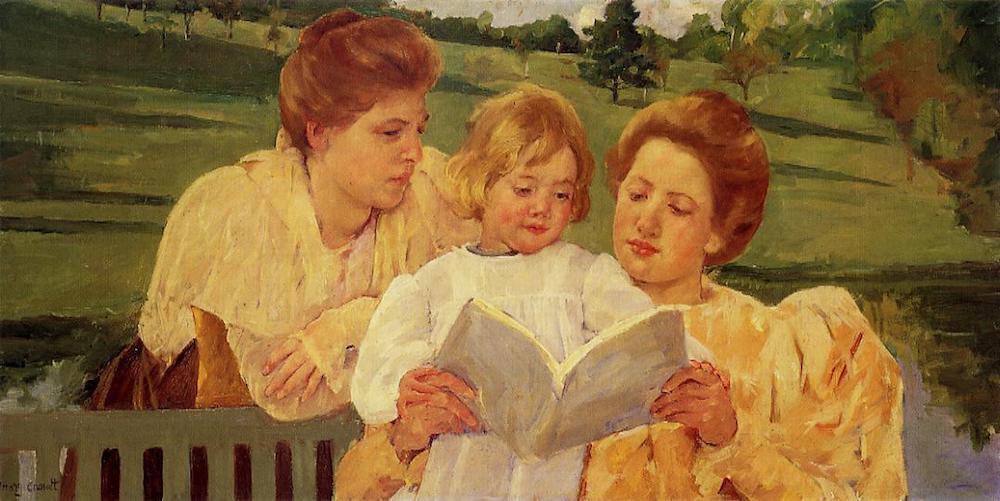