Some years back, when the words “Mel Gibson” were still semi-respectable, I was having lunch with a writer friend who happens to be Jewish. And not just Jewish but a proud Jew who will volubly hold forth on the subject of his pride. Gibson had recently directed The Passion of the Christ, a controversial movie about Jesus in which Jewish characters were portrayed in an unflattering light — and by unflattering, I mean as if the movie had been directed by the editorial staff of Der Sturmer. This problem was made exponentially worse by the distressing fact that the film had raked in hundreds of millions of dollars all over the world. What did you think of Gibson’s movie? I asked, hoping to further enliven our conversation. Leaning back, I braced myself for an aria of denunciation. Instead, he cocked his head and regarded me through horn rimmed glasses. As a Jew, he said, I wish I had invested.

Coming from a man whose proudly philosemitic attitude takes a back seat to no one’s, the tenor of the joke seasoned the complexity of the humor (self-confident Jew invokes antisemitic trope in service of schtick!), which is to say, I laughed.

Recently, I found myself reflecting on this exchange because “As a Jew” never used to be a way I framed a response to much of anything. I am not a fan of the identity-driven American public space and the “As a —” construction has always left me cold. A human being, a man, a husband and father, an American, a New Yorker, a Knick fan, sure, all those things. Only then did I look at something “as a Jew.” The advent of the Trump era and the concomitant rise of white nationalism, racism, and yes, old fashioned antisemitism has changed the math. Which brings me to my Michael Cohen problem. Thinking about the Trump bagman’s upcoming Congressional appearance I found myself wondering about what the takeaway of that testimony, as well as Cohen’s more global sleaziness, would be for the diehards of Trumplandia. That Cohen is a confessed felon who implicated the President in a felony not mutually designed but concocted entirely by the President and only executed by the underling would be, I imagined, lost on the MAGA hats. So what will be the lesson of Cohen’s testimony in places that voted overwhelmingly for Trump? And what will be their take when Cohen holds forth at his upcoming closed session in front of a Congressional committee? Might it be: You can’t trust a Jew? Not for all of the Trump-drunk legion, perhaps. But for ones looking for a reason, there it is.

Am I being paranoid? Perhaps, but I don’t think so. If you’re reading this you already know that anti-Jewish attitudes are trading like Bitcoin two years ago. Yes, the usual suspects are still at it but now they’ve spiked their habitual hatred with subtle new flavors like Roger Waters, and it’s become increasingly sticky for Jews in Europe. Here in America we just saw the worst mass-killing of Jews in our bloody history. These are not boom times. Bernie Madoff was an embarrassment to our co-religionists but when his malfeasance first came to the world’s attention a decade ago, the environment was not as overtly perilous. Personally, I would’ve preferred if Madoff were Polish Catholic or Samoan, but at the time his Jewishness did not leap out in a way threatening to his fellow Jews. In those more innocent days being a “bad Jew” wasn’t as freighted. Now it can only serve to further exacerbate an already dangerous situation, one where neo-Nazis are emboldened and a leader of the Women’s March is comfortable extolling the virtues of Louis Farrakhan.

Perhaps my attitude toward the Cohen predicament is vestigial, my worries outdated. (Do I sound like the parents of my generation or, worse, their parents?) Always it was a point of pride as kids whenever we learned that a public figure was Jewish. Whether Sandy Koufax or Joey Ramone, this fulsome ethnic tendency bloomed into Adam Sandler’s “Hanukkah Song,” basically a list of Menorah-kindlers who thrill Jews with the simple fact of their Jewishness. But because we remain a tiny minority of America, when one of us cuts through the media clutter with the blade of notoriety, that individual becomes, to a certain degree, no matter how much progress society has made, a stand-in for the rest of us. And who wants Michael Cohen as their stand-in?

What makes the Cohen problem even more symbolically complex is that he also presents as a Jewish imbecile, a concept with which the average gentile will only be familiar in the unlikely event she is conversant with the work of Isaac Bashevis Singer, who portrayed Jews of every imaginable stripe and whose best-known story might be Gimpel the Fool. This iteration of Jewishness is not a western archetype, which is unfortunate since it potentially adds another dimension to the non-Jewish conception of what a Jewish person can be. While Madoff, in his epic greed and skullduggery, embodied all of the worst antisemitic tropes, Cohen is a matzo ball-scented goombah whose law degree from a barely accredited institution confers on his shenanigans a poignancy they would otherwise lack (Look Ma, I made it through law school!). Perhaps this is his saving grace. Everyone who attended an American high school knew guys like Michael Cohen. Yours was a bully, a loudmouth who wore his football jersey the day before the game; he drove a muscle car.

When one conjures Cohen pacing in his home at 3:00 a.m., we can see him weighing the ramifications of his dark deeds and wrestling with what he has wrought, the misfortune he has brought down upon himself, his family, his country, and the world. But remember, this is a man whose role model for a dozen years was Donald Trump, someone for whom he famously said he would “take a bullet.” One imagines the interior landscape of an individual who slavishly admires a man like Trump as an industrial kitchen where fast-food is rendered, sharp edges and hard, shiny surfaces all in the service of cheap meat with a high fat content. The search for depth goes unrewarded. So when I consider Cohen’s middle-of-the-night vexations, they do not resemble the moral struggles of a Karamazov brother, but rather those of a child who has been apprehended doing something forbidden and is now intent on demonstrating to a disapproving parent that he is not a bad boy. Perhaps this makes him more sympathetic, more relatable. He got caught and now he’s willing to take his medicine in the trusting hope that by making a clean breast of it he will be forgiven. This vision of Cohen as adolescent miscreant, while admittedly denying an adult man a certain agency, makes me reconsider the unkindness of my initial assessment. Maybe I have the situation all wrong and Cohen is, rather than a mortification, a modern version of Shylock, if slightly less clever. Flawed, but deeply human, and as a character in this American tragedy one who solicits terror and pity.

But don’t get me started on Jared. 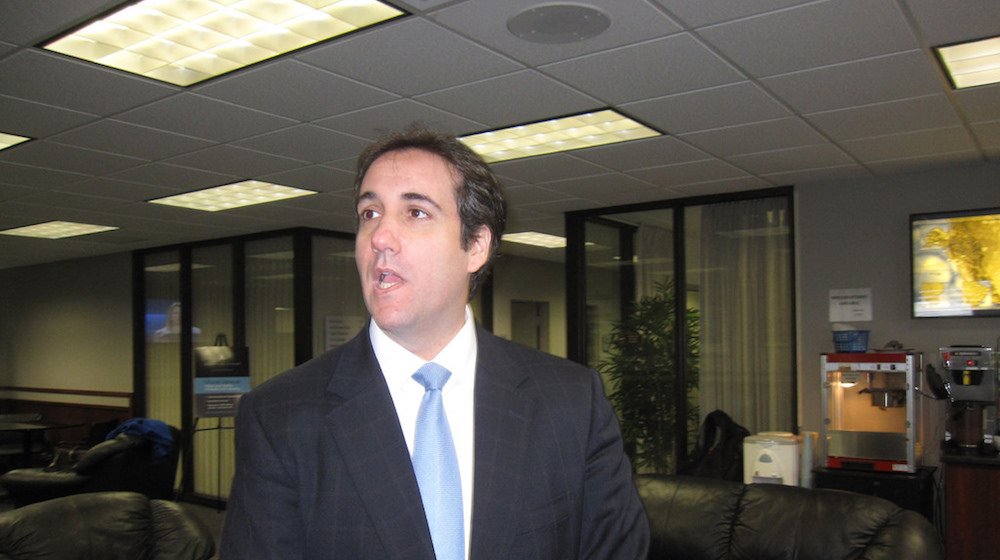