Images of cute cats and kittens make up some of the most viewed content on the web. The small felines are so important that the Museum of the Moving Image in New York organized an exhibition entitled How Cats Took over the Internet, and a German journal recently asked to establish an international “cat limit.” A study by Indiana University found that viewing cat videos “boosts positive emotions and decreases negative feelings.” Through cute images we come to terms with an increasingly abstract and non-intuitive understanding of reality. A Hello Kitty sticker on the fridge makes modern everyday life more bearable. The warm and overwhelmingly cute helps us to live in a world that is increasingly cold, modern, and technical.

Living in a modern rationalized world can indeed be difficult, but is cuteness the right antidote? Are we destined to end up with a world plastered with cat stickers?

Of what, exactly, are the images and videos of cute animals supposed to be the remedy? They represent a cure for people who are under pressure of a merciless modern machine forcing them to adhere to more and more universal standards of excellence. Seeing the cute gives us a few seconds of relief from an industrial world of measurements and evaluations. The cute is individual and exists beyond globalized standards. The cute does not care about the world around, it exists just for itself. The cute is contrary to “the excellent” that administrators are banging into our ears for years.

Neoliberal economies suffer from an overabundance of excellence rhetoric. Modern working culture is determined by the combination of corporatization with the strict application of “scientific” methods, which has created the expert culture of excellence and generalized working styles that was once limited to business and science. Business and science emphasize the formal character of methods and tend to absolutize the methods they are working with. Today, objective measuring methods are introduced in all domains of life: health, justice, the police, eating, leisure, shopping, and family planning. The bureaucratization of sport through the preponderance of statistical records is a good example of this excellence culture.

Excellence is marketed as an unmediated, absolute truth whose value cannot be doubted. But what does excellence actually mean? Not much, and this is the problem. Content-wise, excellence does not signify much more than cuteness. “How cute!” and “How excellent!” are emotionally unidimensional “ah” reactions similar in punctuality and spontaneity. Excellence is often packaged neatly with the help of “scientific” methods yet — just like cuteness — excellence does not refer to concrete values. For the ancient Greeks, excellence (arête) was virtue that had to be spelled out in terms of moral qualities such as courage, temperance, justice, wisdom, faith, hope, or love. In a neoliberal environment, excellence is implemented through standardization and quantification. In a world determined by international economic prerogatives, virtues can no longer refer to culturally specific objects or ideas. That’s why excellence became so important.

Cuteness is excellence reversed, which is why the cute becomes, together with excellence, one of the main references of “quality” in times of neoliberalism and globalization. In terms of content, the cute is just as neutral and insignificant as excellence. Cuteness is the contrary of excellence, but it does not shake the system of the neoliberal excellence economy; it is, instead, part of the system. Cuteness contradicts the rationalist or pseudo-rationalist view of the cold neoliberal world of enforced excellence. However, it does not offer concrete elements helping us to construct a more human-oriented culture. Cuteness is a puff of oxygen enabling us to survive for a few more seconds in the world of excellence-driven modernity. The cute kitten posted on Facebook might represent an attempt to establish a community of like-minded people in a globalized world. But this “community” will not be a cultural community. Instead it remains based on an abstract and cultureless perception of cuteness “as such.” By combating cold quantitative excellence with warm qualitative cuteness, one does not uproot the problem but instead plays along with the game of the culturally content-less economy of excellence.

In a world of imperative excellence, it feels good not only to watch the cute, but to be cute as well. Cuteness is not just about cats — it’s a matter of politics. Becoming cute can be a strategy of resistance. Self-cutification through (duck-faced) selfies, self-infantilization, enforced amateurism, and self-victimization can represent an effective strategy to gain status. David Green has described modern society as a victim culture in which too many people desire to be classified as victims. The quest for preferential status is so massive that in Britain “the officially protected victim groups are no longer in the minority but add up to 73% of the population.” Self-victimization is “self-cutification” desperately searching to escape a culture determined by the imperatives of excellence. Green also draws a link with the increasing medicalization of life. When conditions of stress are diagnosed, one becomes a victim and can take advantage of the system. Of course, in excellence–driven modernity those conditions will be overcome with expert therapy or counselling. Modern societies are driven by an excellence-cuteness syndrome.

The excellent and the cute partake in the same process of cultural neutralization that comes with globalization and the spread of neoliberal working styles. In the past, cultures and religions could provide stable sources of transcendental, cosmic meaning. Today, all we have is excellence and cuteness. But neither cuteness nor excellence can imbue life with cultural significance; they merely offer empty, self-referential notions lacking ethical contents. You are cute or excellent because you want to be cute or excellent. Both cuteness and excellence are matters of narcissism through which individuals and entire social systems attempt to establish their identities. They forget that identities depend on more concrete items: emotions, choices, values, desires, perceptions, attitudes, interests, expectations, and sensibilities. Those items are always expressed with regard to certain cultural backgrounds. And very importantly: those items cannot be quantified. Excellence and cuteness do not communicate those items, but tend to spark hyperactivities constantly going for the newest of the new in terms of methods and standardization; or, for the cutest of the cute in terms of emotional expressions. This provides no deeper emotional or intellectual satisfaction, which is why the cute and the excellent can easily become matters of addiction. 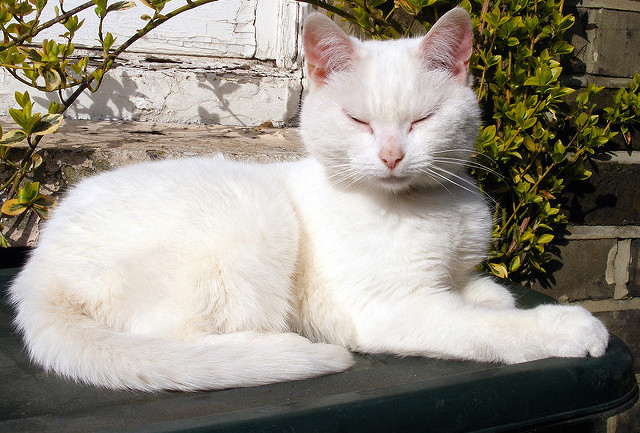