I’m in love with Robert Mueller… No — actually, we’ve never met. All I’ve seen of him for the past year are the same stock photographs of the cable news montage. The same ponderous forehead, the same unwavering brown-eyed gaze, the same implacably jutting lower jaw. I’ve never heard his voice, and he never speaks except in the language of indictments.

I’m in love with the idea of Robert Mueller. With the fact that, in the cacophonous Age of Twitter, he toils in silence like a monk or nun who has taken their vows and glides austerely among mounds of documents as along the colonnade of a cloister. He is the foil, the antidote, to the can’t- shut-him-up ceaselessly in-your-face Trump. He is the anti-Trump, and the two together — Trump and Mueller — personify the stand-off between two types of authority in the modern age: the charismatic and the legal-rational, or bureaucratic.

When the German sociologist Max Weber identified types of authority (“Politics as a Vocation”) in the early 20th century, he distinguished three types, one of them already on its way out. This was traditional or monarchial authority, the hereditary right of kings, which had been delivered major blows by the Glorious and then the French Revolution. That left two starkly opposed types of authority: charismatic and bureaucratic, the former ancient if not eternal, the latter the very pulleys and gears of the modern European state. For Weber, authority was synonymous with legitimacy, with volitional obedience to a superior power.

Weber was clearly fascinated by charismatic authority: who’s not? The charismatic’s authority is constantly generated in the relationship with his followers — it’s a symbiotic dynamic. The charismatic individual, through his ineffable qualities and appeal to ultimate values (whatever these may be), inspires a devotion in his followers that is immune to rational analysis. The charismatic is credited with fantastic accomplishments (walking on water) and can do no wrong, but by the force of his personality, will, or the aura of unquestioning devotion that surrounds him, can make his followers do tremendous wrong. His ascendance is fundamentally destabilizing to the order of things.

Bureaucratic authority, by contrast, has far less obvious appeal. Actually, none at all in emotional terms. There is no magnetic personality radiating presence and the promise of salvation. Instead, bureaucracy endlessly reproduces that absolute marker of absence — writing — and authority inheres in its documents. The overwhelming virtue of bureaucratic authority is that it is depersonalized and thus, putatively at least, completely rational and impartial. At its best bureaucracy routinizes authority so that the complexities of a modern society are efficiently administered by qualified professionals and governed by codified laws and procedures. At its worst rational-legal authority becomes mindlessly rule-bound and dehumanizing.

The proof of charisma is, according to Weber, in the pudding — that is, in the followers. Whether you or I find him charismatic is immaterial. Trump thrives by means of vehicles (fora, platforms) that resonate with charismatic authority: rallies, a loyal (or not so) inner circle, and Twitter. Twitter is explicitly designed as a charismatic platform for the epigrammatic communication of the sage on the mountain with his “followers.” It provides the immediacy of presence, (especially when amplified by ALL CAPS) and the simulation of connection between leader and follower. You can tweet back and gain admission to the charmed circle. By contrast, the language of bureaucratic authority can be as prohibitive as barbed wire in its dryness, complexity, and granular detail.

The president’s followers are those who explicitly repudiate not only liberals, but just as vehemently “the swamp,” the “deep state,” and “the establishment,” all metaphors for what Trump adherents perceive as turgid and sinister bureaucratic authority. When Republicans and libertarians began harping on big government and cutting bureaucracy, they were actually taking huge swipes at legal-rational authority and laying the groundwork for the appearance of a charismatic authoritarian. But with the rise of Trump, they had to reckon on the fly with the challenge of institutionally harnessing the charismatic relationship and enhancing it with party resources (including a loyalist media) while at the same time managing its profoundly destabilizing effects.

Charismatic authority presents a democratic republic with a dilemma, because charismatic authority is democratic. It is based on the will of the people, but a will that turns adamantly away from rational discourse, accepted social norms, and negotiated compromise. As Trump’s steady poll numbers demonstrate, “followers” cannot be talked out of allegiance to Trump. Any hint of disparagement or allegation of wrong-doing is immediately turned on its head — or against the accuser. When a charismatic leader leaves the scene, the charismatic relationship often persists. The cult goes underground, and efforts at re-education or “deprogramming” have mixed results, or even backfire.

This suggests that even when we get rid of Trump, we will not be rid of Trump. There are, of course, countless scenarios, including the emergence of equal and opposite charisma from the other side, but the annals of history contain few gladiatorial contests between charismatic heavy-weights. (Obama and Trump did not vie with each other for the presidency. If they had, would those who voted for Obama and then Trump vote for Obama over Trump?) Our best hope, therefore, might lie in the stream of successful convictions by Mueller’s team, and ultimately, televised impeachment hearings under the auspices of a Democratic majority, which would provide the opportunity for legal-rational authority to show its chops. This will be a hopeful sign that legal-rational authority is compelling not only to the Mueller devotees among us, but to a broader swath of the citizens upon which the viability of our democracy rests. 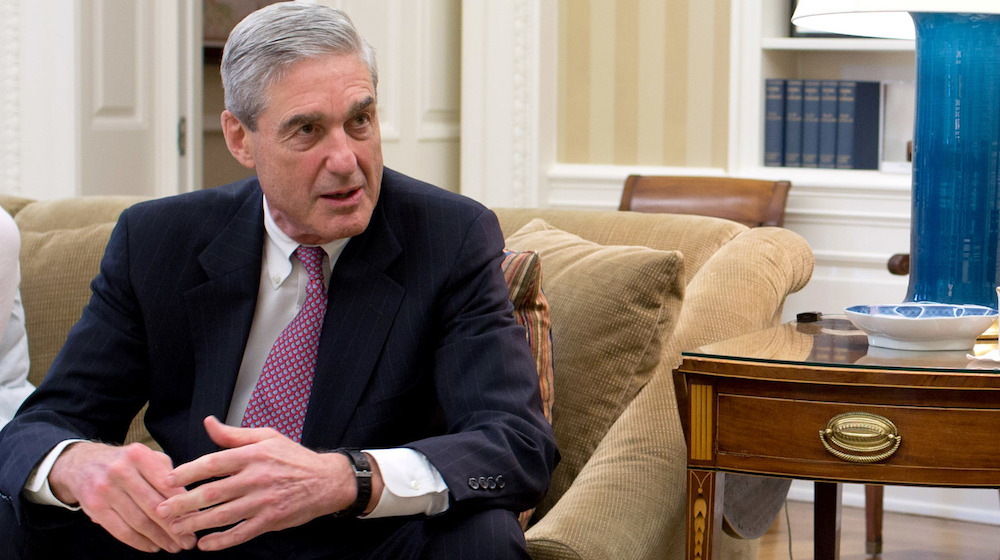